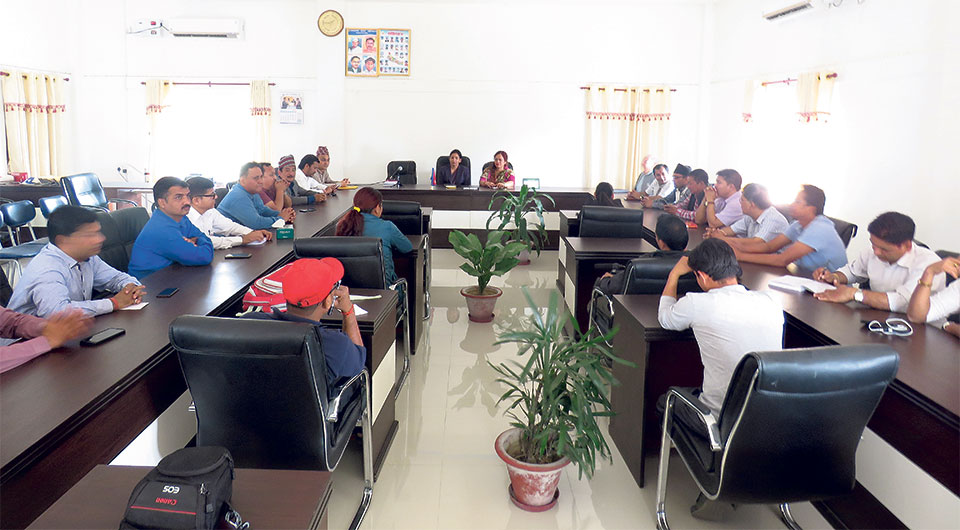 CHITWAN, March 26:  Business community of Chitwan have protested rise in tax rates and other fees by Bharatpur Metropolitan City.

The tax rates levied by the metropolis is highest compared to four metropolitan cities of the country, local business leaders and industrialists say.

Chitwan Chamber of Commerce and Industry (CCCI), on Tuesday, submitted a memorandum to the Office of the Municipal Executive, Bharatpur Metropolitan Office, drawing the attention of the municipal officials toward tax rate hike.

“Hike in tax rates discourages business and economic activities in the metropolis,” Sahan Pradhan, president of CCCI, told Republica. “Tax rates of other four metropolitan cities - Birgunj, Biratnagar, Lalitpur and Pokhara-Lekhnath are more or less at the same level.

CCCI has also submitted comparative tax rates of all five metropolitan cities to the Office of the Municipal Executive, Bharatpur Metropolitan Office.

Renu Dahal is the Mayor of Bharatpur Metropolitan City.

Office of the Municipal Executive, Bharatpur Metropolitan Office, has increased registration fee for applications from Rs 10 to Rs 25, while fee for getting relationship certificate has been increased to Rs 100 from existing Rs 25.

Likewise, the metropolis has also hiked the fees for services like getting certificates of family details, certifying birth dates, issuing character certificates, fee for connection of drinking water lines, and ownership transfer. Fee for all of these services has been increased to Rs 575 from Rs 190.

This is the first time that local bodies have endorsed their own laws and set the fees.
Bharatpur Metropolitan City has defended the decision to hike tax rates, stating that the metropolis needs for resources to 'strengthen its financial status'.

CCCI have also said that the Act has no clarity on segregating villages and towns in respect to levying taxes.

Meanwhile, officials of metropolis manhandled journalists, who had reached the Bharatpur Metropolitan City Office, to cover the memorandum handover program.

CHHITWAN, May 17: UML mayoral candidate Devi Gyawali continues to take the lead in the race for the mayor of... Read More...