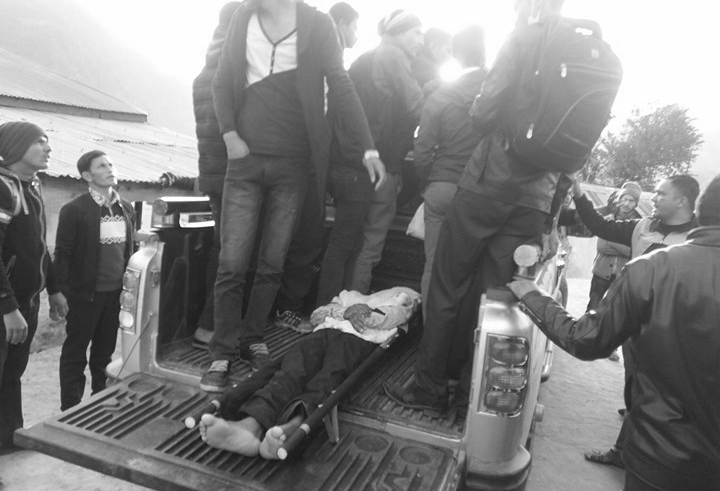 KALIKOT, Dec 23: Following the tense situation in the district headquarter Manma after the death of a temporary (myadi) police on Friday, the local administration of Kalikot has imposed indefinite curfew in the district on Saturday afternoon.

Various local leaders and cadres of different political parties staged protest burning tires in the district since Saturday morning against the death of temporary police Bibek Airee of Raskot Municipality-2 on Friday. To control the situation the police have fired several shells of tear gas.

The administration, however, clamped the indefinite curfew from 3:30 pm on Saturday to calm down the situation in the area as the situation worsened.

Airee was shot dead at the gate of District Police Office, Kalikot. Temporary police were up in arms against the alleged irregularities in the salary distribution.

Meanwhile, to monitor the situation, the regional administrator of Province 6 Suresh Kumar Pradhan has arrived in the district.

Earlier, minister without portfolio Mahendra Bahadur Shahi had called for an investigation into the death of temporary police person Airee and stern action against those involved in it.

Issuing a statement here, he demanded that the government provide just relief and compensation to the bereaved family members and ensure treatment of the injured temporary police personnel.

He had also appealed to all concerned to remain alert to ensure that the situation is not further deteriorated taking over the issue.