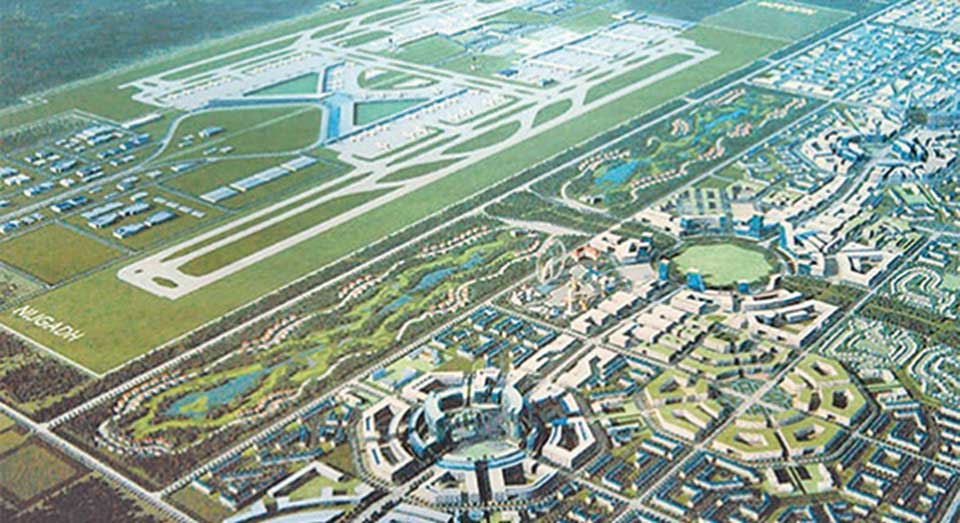 KATHMANDU, Jan 29: South Korean company Landmark Worldwide (LMW), which prepared a detailed feasibility study of the proposed second international airport (SIA) in Nijgadh of Bara, has cold-shouldered the government's call to come and hold a discussion with the tourism ministry for receiving payment.

The Ministry of Culture, Tourism and Civil Aviation (MoCTCA) had given the company 21 days in the last week of December 2017, to come into contact and negotiate the payment. However, the company has not responded to the ministry's notice. The 21-day period expired last week.“

"We sent a letter to the company, requesting them to come to the ministry and resolve the payment issue. But it has not responded to our letter," an official of the tourism ministry told Republica.

Earlier, the company had threatened to drag the ministry to the court for dilly-dallying on payment.

The government had assigned the work to LMW in 2010. It had prepared the Detailed Feasibility Study (DFC) report to the ministry a year later. As per the agreement signed with LMW, the ministry needs to pay the South Korean firm Rs 350 million for the DFS report. The agreement also stated that the government would give first priority to the company to build the airport.

As per the agreement, the ministry had to tell the company whether or not it will be awarded a contract for building the report within three months of receiving the report. If the contract was denied contract, the government had to pay the South Korean firm Rs 350 million for the DFS report. However, the company has not received payment even though it has already been six years since it completed the study.

Later on, the company asked the ministry to pay it Rs 670 million, including interest rate and other fees, due to delay in release of the payment“

"We have tried to contact the company. But it is not responding to our letters," Buddhi Sagar Lamichhane, joint secretary of the tourism ministry, said.

According to Lamichhane, the ministry had formed public auditing committee to verify the evidence and costs incurred in the preparation of the DFS report. The committee has also asked the South Korean firm to submit their documents and other evidence.“

"But it had not submitted any evidence and documents asked by the committee," Lamichhane said, adding that the ministry was still waiting for the response of the LM“. "The government probably will probably start discussion with the company for construction of airport as well. It is better to work with a foreign company for airport construction."

Talking to Republica, Minister for Culture, Tourism and Civil Aviation, Jitendra Narayan Dev, said that the ministry was preparing to send a final warning letter to the company. If the company does not come into contract even after that, we will take needful decision as per the international practice, added Dev. "I agree that the company was not paid in time. But their demand for Rs 670 million, which is double the study cost, is not justifiable."

He further added that the government has proposed to the South Korean firm to finalize the fee and penalty on the basis of mutual understandin“. "We have offered to pay the company Rs 400-450 million via their Nepali agent," he added.

Currently, the ministry is planning to prepare a preliminary report of the SIA project. It has proposed two development modalities to the Ministry of Finance and National Planning Commission.

According to Lamichhane, the ministry has submitted Public Private Partnership (PPP) and Engineering, Procurement, Construction and Finance (EPFC) models for construction of the airport which will be sprawled over 3,000 hectares.

The airport will have the capacity to handle 15 million passengers annually.

KATHMANDU, June 4: Lawmakers have expressed their views on various matters in a special hour of meeting of House of Representative... Read More...

KATHMANDU, May 23: The main opposition party, CPN-UML, has protested the government's move of increasing the number of local-level units... Read More...

Boxer Amir Khan in his recent US tour to raise funds for his charity foundation was greeted with questions about... Read More...