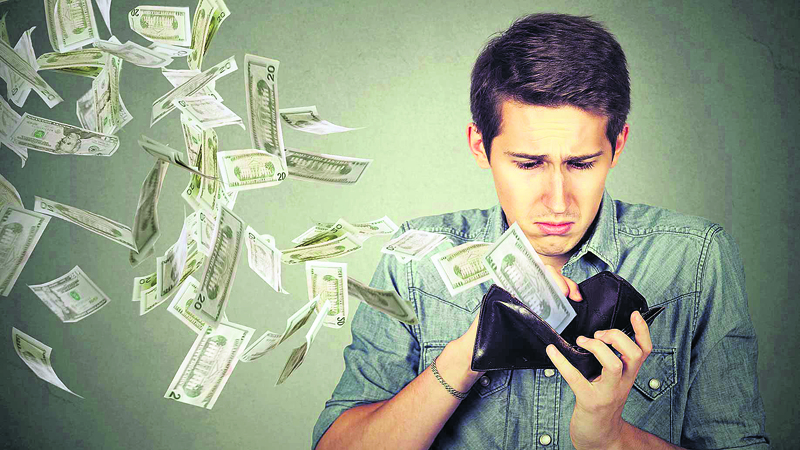 I don’t know if it’s just me or not but of late, every time I pull up the newspaper we happen to be a part of some ranking or the other. Ok, that was slightly exaggerated but whenever these listings come up (and they do rather frequently), invariably it’s our capital city that crops up in the top tier of these often, undesirable listings. For instance, in February, Kathmandu was ranked as the seventh worst polluted city in the world among 290 cities and now we are at it again. As if to reaffirm our misery, we have now been ranked the third most expensive city in South Asia, behind Dhaka and Colombo.

This ranking compiled by the Economist Intelligence Unit of the Economist Group was based on essentials that constituted among other things – food, drink, household supplies, home rents, utility bills, and private schools. While being rather unwelcome, our position in this latest ranking is not really a surprise because, for the last decade in general and the last few years in particular, we’ve seen the cost of living consistently rise vis-à-vis these factors.

At least in other expensive cities there is the consolation that life, while expensive, has some semblance of order to it. We in Kathmandu, however, are basically paying for the privilege of living in a hellhole, if one is brutally honest. Surely, I’m not alone in thinking that if I didn’t have a job here (and could somehow resolve to live more simply) I would move elsewhere, lock stock and barrel. For those of us with bills to pay, life in Kathmandu is akin to capital punishment (pun intended) that we are forced to endure every day.

It’s not uncommon to find people working two jobs to make ends meet in this place. One of the biggest hassles in Kathmandu is accommodation and the less said about property prices, the better. The days when you could work, save some money and then buy a plot of land are long gone. And don’t even get started on renting because that comes with its own set of problems.  Even if the rent is cost effective, the non-existent rights of tenants means that you can be ‘de-housed’ by the house owner on a whim, sans notice or ceremony.

When you go through your normal daily routine, there are very few commodities that are cheap and easy to get with most of them being unnecessarily expensive or difficult to procure or sometimes even both. We end up paying exorbitant amounts for staples that would cost a fraction elsewhere even after accounting for our difficult geography and myriad other factors that hamper access to the valley.

I don’t want to sound like my parents but if you go shopping for veggies with a thousand-rupee note, you will be lucky to see any change from it. Never mind utility bills, there is a dearth of water supply – and until recently, electricity – in most areas. People have to resort to water tankers to take care of their daily needs. Where people have made use of natural resources (water from borewells) it tends to be pretty dirty so much so that if you let it sit for a while you would be confused if it were a bucket of water or black tea. And with the water table depleting rapidly due to uncontrolled urbanization, it’s only going to get worse.

One of the consequences of living in the midst of this expensive eco system is you would have to think more than twice about trying to raise children in Kathmandu because with the exorbitant school fees that are required even before your child can barely walk, it makes you start to contemplate the expendability of your internal organs. Add to that the current state of our roads, which makes life miserable during all four seasons and it’s quite enough to drive most people round the bend.

In Nepal, it’s not only about the cost because basic utilities while cheap, are difficult to procure and this is what ends up costing us our time and productivity. While cost of living indexes are good for comparison, there should be a ‘difficulty of living’ index for Nepal because the cost factor would be bearable for most folks, if shelling out money could guarantee convenience. If there ever were such an index, true to form, we would be somewhere near the top again. The same thing perhaps applies to our transport. While getting around is (mercifully) quite cheap, the indignity we suffer on a daily basis means that most folks would perhaps be willing to shell out a little more for convenience.

All things said and done, a pathetic ranking can sometimes act as an incentive for the government to do something about it. In fact, I would go as far as to say that this is the whole point of these exercises – for decision makers to address the highlighted shortcomings. But what it does is make our administrators shake their heads – or sometimes hang it in shame if they feel so inclined – and get on with their daily lives. I remember my mother telling me a long while ago – even before Kathmandu was extortionately expensive – that even breathing here comes with a cost. And right now, with the state of the capital’s roads, it probably does.

Democracies can also produce enlightened type of populism, such as that offered by US Senator Bernie Sanders ... Read More...