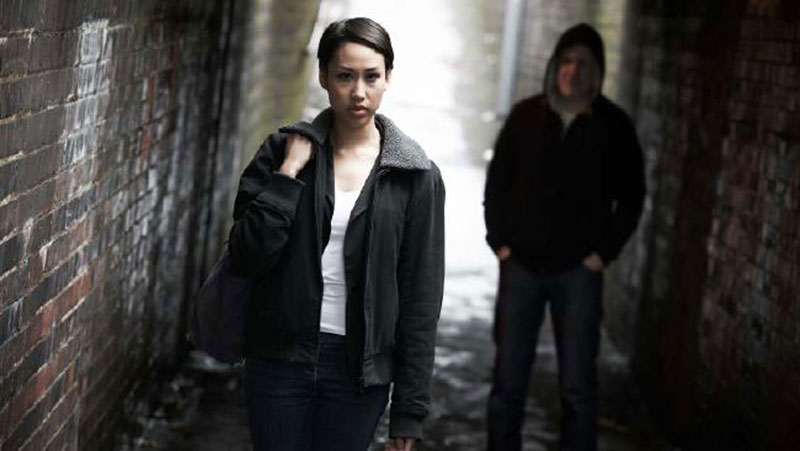 Children learn from what they see at home and outside. No wonder they believe gender inequality is normal in society
January is the month of hope, gifts and wishes. It is the time to review the year gone by, reflect on the mistakes made, and jot down new resolutions. More than the excitement of embracing the new year, I get disturbed thinking about the month gone by.

For me December is the month which takes me four years back to the horrifying news on television about Nirbhaya rape case in New Delhi. It was on this unfortunate night on December 16th, 2012 that a young woman was brutally gang-raped by six men in a moving bus and left to die. The very thought of how heinous and cruel these offenders were sends shivers down my spine. There are many Nirbhayas all over the world who are constantly being sexually harassed, victimized and abused but only some muster the courage to report and fight for their rights. I salute these brave hearts.

Even after four years, safety for women remains a far-fetched dream in India, and crime is prevalent everywhere, magnifying the fear and cynicism in our minds. Safety remains a major concern even though there are various government initiatives to address it. Women still think twice before hiring a cab at night, parents remain awake till late night to get frequent updates about their children who may be out for a party or work and we still read horrifying stories virtually every day about rape, abduction, abuse, and violence but amid all this we still say ‘India is shining!’

Nepal is not far behind in this race to the bottom. I was shocked, shamed, and angered when I read the news on December 21st, 2016 about the death of a 15-year-old girl who was banished to a cow-shed outside her village in Gagra, Accham district. In Nepal, menstruation is deemed unclean as per the Hindu custom known as Chhaupadi, which forbids girls from participating in normal daily activities. During her menstruating days, she is made to stay in cattle shed or a makeshift hut for the duration of her cycle. The young girl breathed her last due to excessive smoke inhalation in the congested shed after she lit a fire to keep herself warm. Although Chhaupadi was outlawed by Nepal’s supreme court in 2005 the practice is still observed in the far-western parts of the country.

There are many such cases of oppression, rape, human trafficking and murder which make headlines in the national dailies but sometimes the news does not get the deserved attention. For many of us it is just another bit of news, as though we have accepted such crimes as a way-of-life or perhaps we are so helpless that we prefer not to delve into it, apart from just giving it a glance.

Taking responsibility
The age-old customs, patriarchal norms, gender bias and orthodox social beliefs are deeply ingrained. Many of us are still struggling to come to terms with the old gender stereotypes, biases, and prejudices. Rape and violence are not just about sex, it is about superiority and the assumption of control over the other gender. We need to analyze the root cause of such fictitious power and prevailing inequality in our society and culture, which gets reinforced at home and at workplace and in our minds every day when we experience it.

Culture is the inherent values and norms we practice. Though it is not directly linked with crime and violence against women, it does somehow nurture and breed a mindset which propagates discrimination and oppression against them.

Media and films are equally responsible for portraying the image of women as a weaker sex and feeding the monstrous minds with the how-to-do lists of murder, rape, sexual assault, etc. Movies are less about entertainment these days and more about violence.

The overdose of nudity, stereotypes and violence in movies are beyond living room limits.

Children are still raised in a culture where we seldom practice or teach them about gender equality. Children learn from what they see at home and outside and start believing that inequality in our society is normal. We tell our boys ‘not to cry like a girl’ and praise our daughters saying ‘you are the son of the house’. We advise our girls to dress up modestly so as not to ‘provoke’ unwanted desire or rape. We also assign certain ‘duties and behaviors’ to people based on their gender.

Women are unsafe not because of the length of their skirt or the time of the day they move out but because our boys have not been taught to respect the other gender. Our boys are still raised in the same patriarchal setup as their fathers, a setup which establishes men as the dominant figures in society. We are somewhat helpless as parents to provide a safe and secure environment for our children because we easily pass on the responsibility to keep them safe to the government and the society. In fact, each of us is responsible for the world as it is today.

The remedy
Change is the ultimate remedy. Change in mindsets, change in cultural norms, change in law and order and change in school curriculum. School curriculum should incorporate sex education, not just confining it to relationship and intercourse but extending it to the stages of child’s physical development, awareness of self, menstruation and pregnancy.

Learning it from an early age will help change attitudes and behaviors and help them differentiate between consent and abuse. It will equip them with information to recognize and report abuse as and when it happens.

Patriarchy is everywhere; it just manifests itself differently in different places. Therefore, it is important that we practice gender equality at home and impart the basic understanding that men and women are equal. Women’s safety should not be associated with restrictions and fear. Fear will butcher every ounce of courage in women and eventually make them more dependent on men. The only recourse to this is to organize programs on gender sensitization and help our young boys respect women as humans. These programs also need to be implemented at home, school and work regularly so that it leads to a gradual change in the way we perceive women. A changed mindset is the only way to a sustainable social change.

I am reminded of those famous lines by Rabindranath Tagore where he talks of a place ‘where the mind is without fear and the head is held high’. I wish every woman in this world can live without fear and walks with her head held high. And we shall live to live up that dream, a dream of today, tomorrow and forever.

The writer is a freelancer based in New Delhi

What is fear? I ask, is fear a stimulus of our body? Fear stimulates our brain to initiate an action.... Read More...

Locals of northern Dhading live in constant fear of landslides

DHADING, June 29: Locals of northern parts of Dhading which was badly affected by the 2015 earthquakes have expressed their fear... Read More...