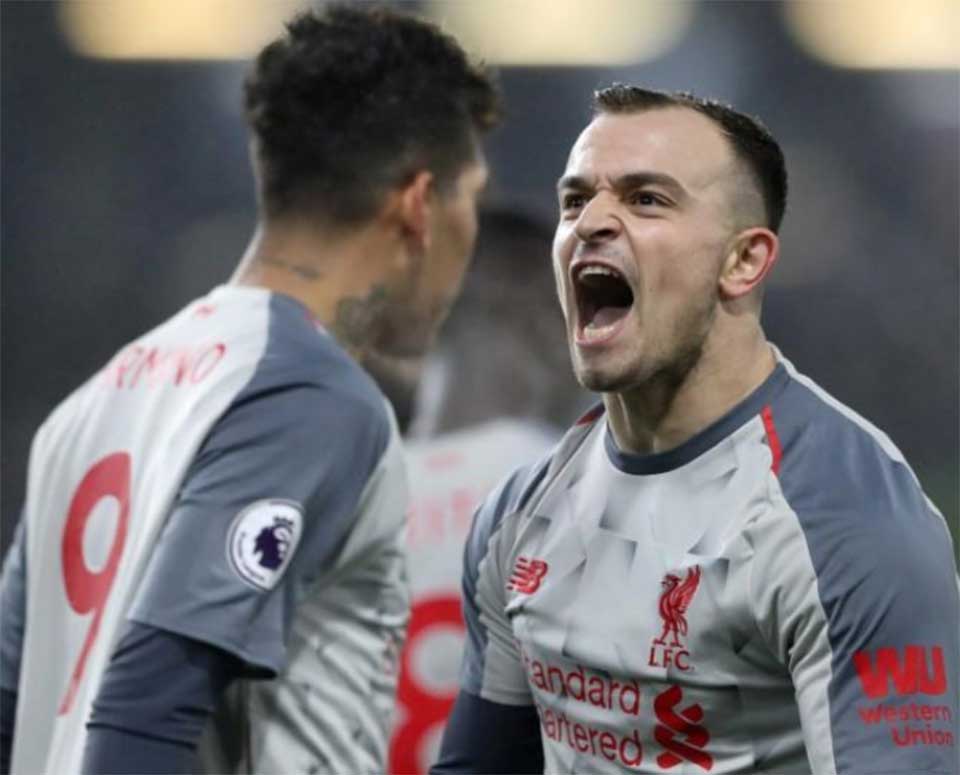 LONDON, Dec 6: Liverpool staged a superb second-half revival to come back from a goal down and beat Burnley 3-1 in the Premier League at Turf Moor on Wednesday.

Making seven changes to the team that started Sunday’s win over Everton, Reds boss Juergen Klopp soon had to make another as defender Joe Gomez was replaced by Trent Alexander-Arnold after a first-half clash with Burnley captain Ben Mee.

The visitors struggled to break down Burnley and it was the home side who came closest to breaking the deadlock, but a superb volley from Ashley Barnes late in the half was ruled out for offside.

Jack Cork gave Burnley the lead early in the second half, scuffing the ball into the net in the 54th minute as Liverpool keeper Alisson failed to get it under control from a corner.

James Milner put Liverpool back on level terms eight minutes later, rifling a low bouncing shot from the edge of the box into the bottom corner past an unsighted Joe Hart in the Burnley goal.

Klopp brought on Mohamed Salah and Roberto Firmino and the visitors quickly went ahead through a brilliantly-worked set piece, Virgil van Dijk cleverly squaring a free kick into the path of Firmino, who tapped the ball into an empty net.

With Burnley throwing everything forward in the dying minutes to try to secure a point, Liverpool broke up the field and Salah teed up Xherdan Shaqiri, who fired a first-time shot past Hart in stoppage time.

“We made our lives difficult for ourselves. Burnley had this specific plan, they wanted to be really aggressive. I was really happy we could go into halftime and adjust a few things,” Klopp told reporters.

“We controlled the game in a lot of moments. The second half was the perfect reaction and I’m really happy about the three points,” he added.

The German coach also confirmed that Gomez had suffered an ankle injury and that a further assessment would take place on Thursday.

Liverpool remained unbeaten and in second place on 39 points after 15 games while Burnley stayed in the relegation zone on nine points.

WHO reviewing report urging new guidance over airborne spread of coronavirus
50 minutes ago
Govt hands over leaking houses to the poor, many did not take it
1 hour ago