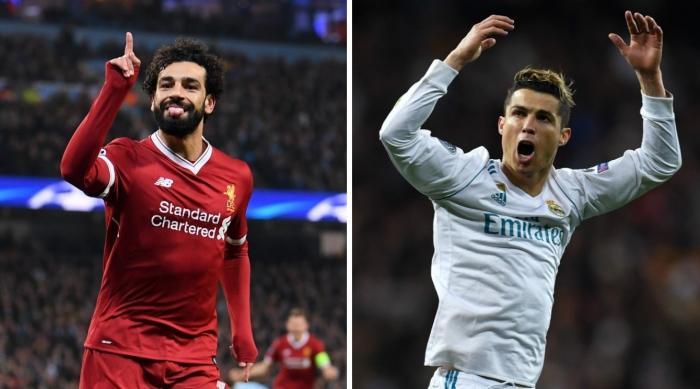 Liverpool will attempt to end Cristiano Ronaldo and Real Madrid's recent dominance in the Champions League when the sides meet in Saturday's final in Kiev, with Reds manager Jurgen Klopp insisting experience is not everything. The goals of Mohamed Salah have helped the English side reach their first final in 11 years, but this has been a golden era in Europe for Real. The Spanish giants are targeting their fourth Champions League title in five years and their third in a row in the game, which kicks off at 1845 GMT.

The last team to win three in a row was Bayern Munich over 40 years ago.

None of Klopp's players have appeared in a Champions League final before.

"Experience is important. I'm pretty sure that in the seconds before the game Real will be more confident than we are, but that's not important because the game doesn't end in that moment, it only starts," said Klopp, who lost the 2013 final with Borussia Dortmund.

Real's 12 European Cup wins puts them way ahead of the rest, but Liverpool have lifted the trophy five times, most recently in 2005, against AC Milan in Istanbul.

The Reds have also enjoyed a memorable continental campaign, scoring a tournament record 46 goals and beating Manchester City and Roma en route to the Ukrainian capital.

Zidane's side have beaten Paris Saint-Germain, Juventus and Bayern -- this season's French, Italian and German champions -- in the knockout rounds, but Klopp still believes his team can upset the odds at the Olympic Stadium.

"You analyse Real Madrid playing in other games against other teams and you think 'wow, they are really strong', but they never played us.

"We are Liverpool and we are not just a good team. This club has in its DNA that we can really go for the big things. Nobody expected us to be here but we are here because we are Liverpool."

Klopp agreed that his job in the build-up has mainly involved taking the pressure off his players, and that meant playing down suggestions that this was Salah's chance to break up Lionel Messi and Ronaldo's grip on the Ballon d'Or.

"Lionel Messi and Ronaldo deserve all the praise they have had in the past because they were constantly all those years on that level.

"If Mo can go there we will see in the next years. He he has fantastic potential. This season was exceptional, unbelievable so far."

Salah has scored 44 goals in his first season at the club. As a Muslim, he has observed Ramadan since May 16, but Klopp refused to discuss whether the Egyptian would fast during daylight hours before the final.

"Religion is private, that is how I understand it, so nothing to say about that," he stated.

Meanwhile, Ronaldo could win his fifth Champions League, a landmark reached by only four players before now.

The Portuguese star has found the net 41 times this season, and his coach is confident he will be at his very best again.

"He's fine. You have to know something, he lives for games like this," said Zinedine Zidane, who can become the first coach to win three consecutive Champions League titles.

The only doubt in the Real starting line-up surrounds which one of Isco or Gareth Bale will start in support of Ronaldo and Karim Benzema up front.

"We have beaten the biggest team in each league -- Juve, PSG and Bayern -- to get here. It has been a difficult path and now we need to finish the job," said Real skipper Sergio Ramos.

The path to Kiev has also been difficult for fans, due to the exorbitant cost of flights and hotel rooms.

Around 1,000 Real fans handed back tickets, while a number of Liverpool supporters' flights have been cancelled due to insufficient landing space at Kiev's Boryspil Airport.

Those who have made it after often arduous journeys will be hoping for an unforgettable occasion.

Jan 15: Liverpool scored three times in nine minutes on the way to a dramatic 4-3 win over Manchester City... Read More...

The month since Myanmar's military coup
26 minutes ago