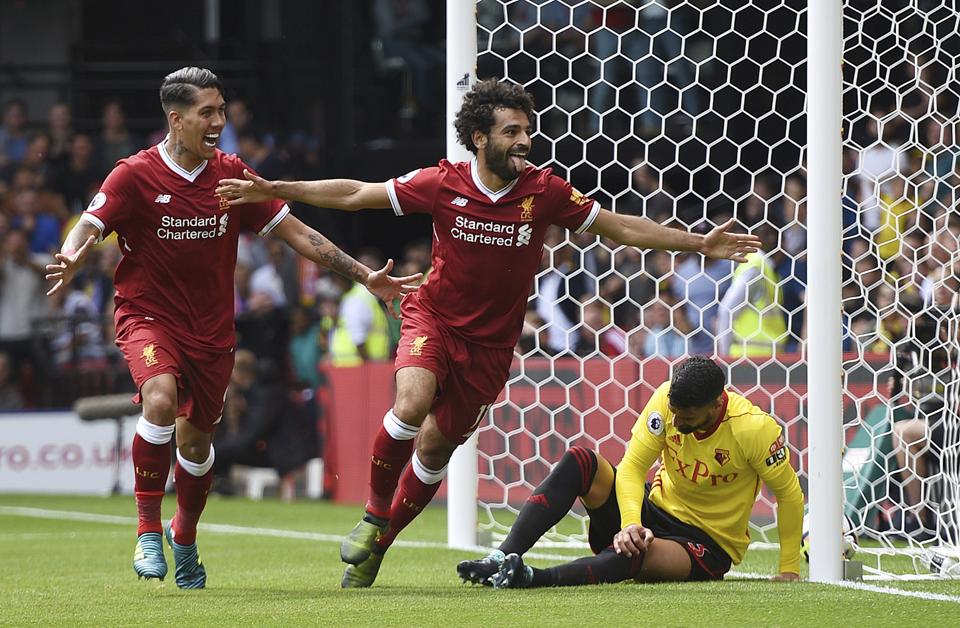 WATFORD, Aug 12: Liverpool conceded in second-half injury time to draw 3-3 at Watford on Saturday as the team's defensive frailties flared in its first game of the Premier League season.

Scoring goals wasn't a problem for Liverpool at Vicarage Road despite the absence of unsettled playmaker Philippe Coutinho but the visitors couldn't keep them out either, showing lessons haven't been learnt from last season.

Having already conceded two soft goals in the first half, Liverpool failed to deal with a near-post corner in the fourth minute of injury time. Richarlison fired in a shot from an acute angle that goalkeeper Simon Mignolet parried onto the crossbar, and Miguel Britos headed the loose ball over the line from less than a meter out.

Liverpool conceded 27 goals from set pieces last season, and two of Watford's goals came from corners. The other Watford goal started from an attacking throw-in.

"Again we talk about set pieces, we need to be better," Liverpool captain Jordan Henderson said. "We worked a lot on them in preseason."

It looked like Mo Salah was going to be the match-winner for Liverpool on his competitive debut, with the club's record signing — for an initial 42 million euros ($46.8 million) — bundling in a close-range finish to give the visitors the lead for the first time in the 57th. Two minutes earlier, Salah earned a penalty that was dispatched by Roberto Firmino.

Watford striker Stefano Okaka was unmarked when he headed in from close range from a corner in the eighth minute for the opening goal of a frenetic game.

Sadio Mane ran onto Emre Can's flick to curl home an equalizer in the 29th, only for Watford to carve open Liverpool's back line following a throw-in inside three minutes and take the lead through Abdoulaye Doucoure.

Great things are expected of Liverpool's exciting front three of Salah, Firmino and Mane — all were on the scoresheet — but it remains to be seen if they will be complemented by Coutinho this season.

The Brazil international was missing with a back injury, according to Liverpool, although he might not have been in the right frame of mind to play anyway after handing in a transfer request on Friday in light of interest in the playmaker from Barcelona.

Liverpool's American owners said Friday that the club would not accept any bids for Coutinho in this transfer window, having already rejected two offers from Barca. Coutinho requested to leave the club in an email hours later.

Three Watford players — Roberto Pereyra, Daryl Janmaat and Okaka — all went off with muscle injuries in Marco Silva's first league game in charge of the club.

LONDON, Feb 6: Ten-man Chelsea suffered another setback in their stumbling season as they lost 4-1 at Watford on Monday after... Read More...