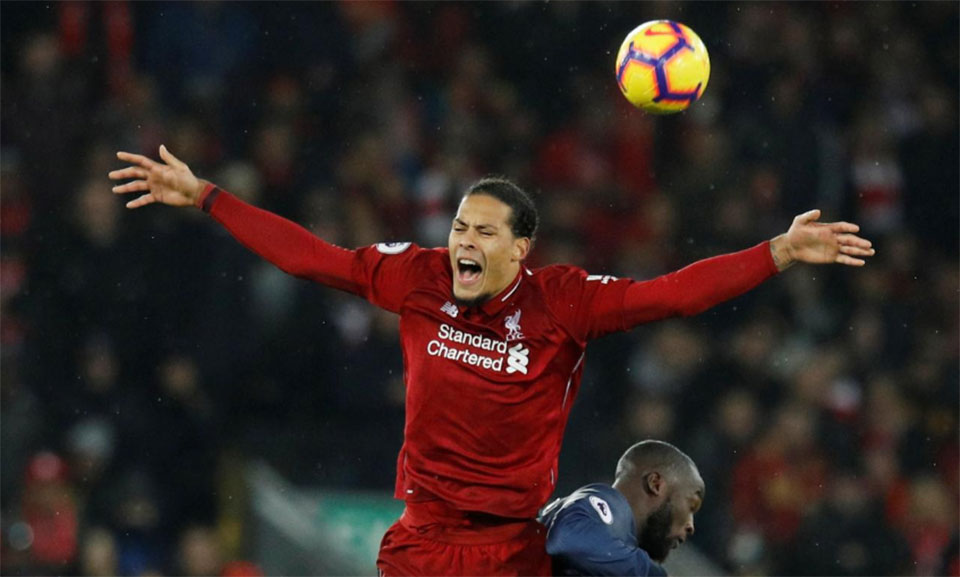 LIVERPOOL, Dec 17: Liverpool regained top spot in the Premier League after an impressive 3-1 victory over old rivals Manchester United at Anfield on Sunday put them a point ahead of title rivals Manchester City.

After City’s 3-1 win over Everton on Saturday, Juergen Klopp’s side rose to the challenge with two second-half goals from substitute Xherdan Shaqiri.

Earlier, Chelsea won 2-1 at Brighton & Hove Albion to consolidate their hold on fourth place ahead of Arsenal, who were surprisingly beaten 3-2 at Southampton to end a run of 22 games without defeat.

Liverpool, the only unbeaten side left in the league, never looked in danger of letting that record slip in their home fortress and the only surprise was that it was not until the final 20 minutes that they made sure of the win.

Sadio Mane had put Liverpool ahead in the 24th minute with a fine finish, bringing down a Fabinho pass on his chest before slipping the ball past David De Gea.

United had been outclassed early on but, against the run of play, managed to get back on level terms when home keeper Alisson fumbled a low cross from Mane into the path of Jesse Lingard who accepted his early Christmas present gleefully.

As the game wore on, Liverpool were increasingly forced into hopeful long-range efforts but the introduction in the 70th minute of Shaqiri, a summer signing from relegated Stoke City, turned the game.

Both of the Swiss international’s efforts, in the 73rd and 80th minutes, were deflected but the good fortune had been earned by a enterprising Liverpool display that highlighted the 19-point gap between the two clubs — the biggest at this stage of a season in 46 years.

“I’m over the moon about the performance. The way the boys played tonight was outstanding,” said Klopp.

“The timing of Shaqiri’s introduction was not too bad. We need somebody to score the goals. But how the boys fought. The mix of big fight and really playing football against an unbelievably strong team,” he added.

The win puts Liverpool on 45 points from 17 games, with Man City on 44 and Tottenham Hotspur third on 39.

Defeat, though, leaves United sixth on 26, 11 points away from the fourth Champions League qualification slot with manager Jose Mourinho, who had left France midfielder Paul Pogba on the bench, accepting that was the best his side could now hope for.

“We can still finish fourth,” said the Portuguese manager. “It’s not easy. For sure, we are going to finish in the top six. Best we can get is fourth.

“Now we look to the fifth and then later the fourth,” he added, noting that United’s fixtures are easier in the second half of the season.

Eden Hazard starred in Chelsea’s win at Brighton, setting up the first goal for Pedro and scoring the second himself.

Manager Maurizio Sarri agreed that the last few minutes were difficult, however, after the home side revived and scored through Solly March.

“We conceded a goal in a moment when we were in full control,” he said.

“The last five minutes against a very physical team were difficult to manage.”

The win took Chelsea to 37 points, three points clear of London rivals Arsenal, who conceded three headed goals in defeat at lowly Southampton, the last of them in the 85th minute.

Danny Ings scored the first two and although Henrikh Mkhitaryan equalised each time, substitute Charlie Austin scored the winner with goalkeeper Bernd Leno at fault in not cutting out Shane Long’s cross.

“I’m very proud of how focused and uncompromising they were, and when they had the chances, how merciless they were,” the Austrian said.