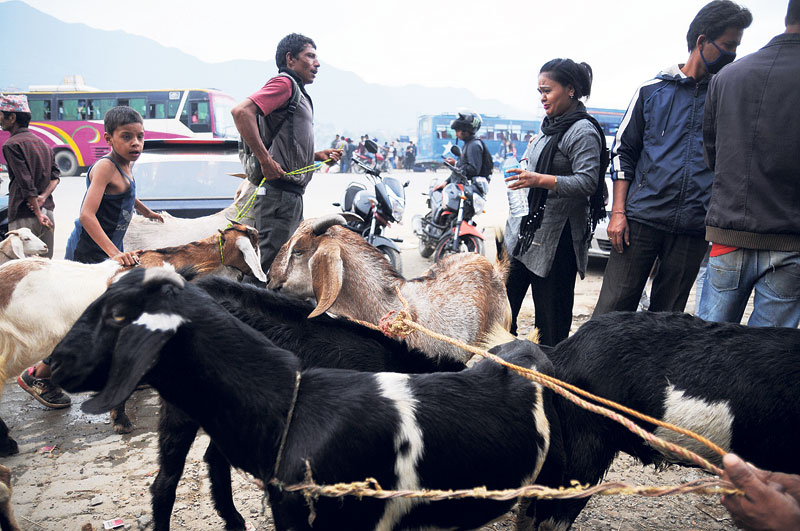 According to the Department of Customs (DoC), the country imported live animals from countries like India, England, Germany, France, America, Hong Kong, Malaysia, the Philippines, Sri Lanka, Thailand, the Netherlands and Australia.

Similarly, the country brought 23 horses and 1,475 cows of improved breed worth Rs 7.6 million from India.

According to DoC, Nepal also imported 800,065 chickens worth around Rs 5.39 million during the review year. Chickens weighing less than 185 grams are imported from the US, England and Thailand. Chickens are imported also from France and Germany.

Likewise, some 877 mules worth Rs 7.7 million were brought from India in the review year.

Mules are used to transport goods in the Himalayan region.

The government's effort and investment to expand livestock farming has not yielded satisfactory results. Meat production grew by mere 0.89 percent to 301,000 tons in the last fiscal year, according to the Ministry of Agricultural Development.

Officials of the association estimate that around 55,000 goats and mountain goats were slaughtered during the festival.

The Valley denizens also consumed chicken worth Rs 513 million during the Dashain festival. Traders say around 300 tons of chicken is sold in the Valley every day.

The association had fixed the price of chicken during Dashain at Rs 285 per kg.

PARSA, Feb 21: Petroleum products worth over Rs 42.25 billion has been imported via Birgunj check point in seven months... Read More...