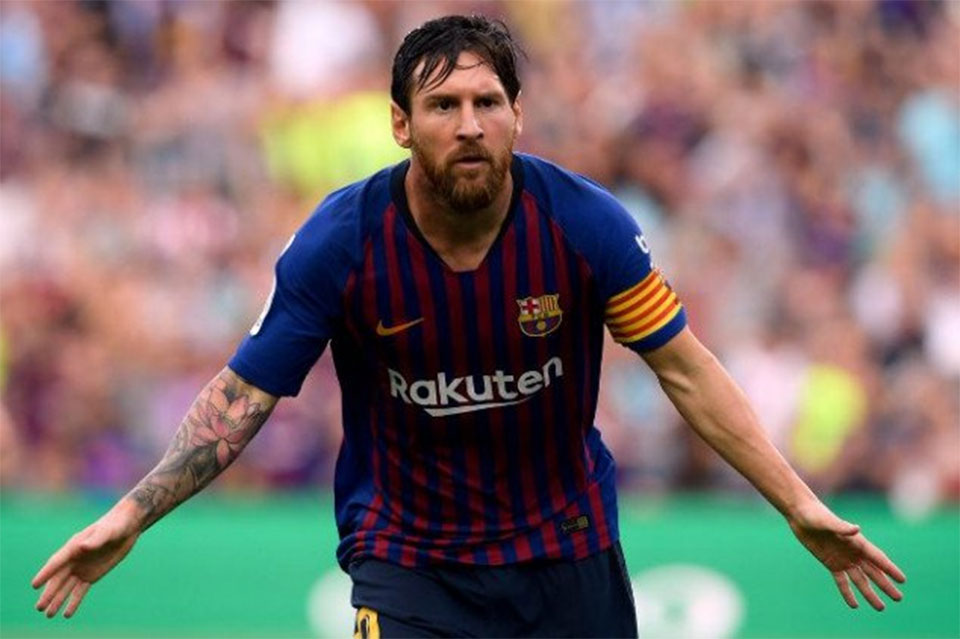 Sept 3: The Argentinian reached another milestone in the Spanish domestic league with his exploits against Huesca.

Barcelona skipper Lionel Messi added yet another record to his tall list of landmarks in his side's easy cruise against Huesca. The 30-year-old forward's side started off on the wrong foot but bounced back to grab a win that propelled them to the top of La Liga.

Colombian forward Cucho Hernandez nearly instigated an upset for the visitors by grabbing a goal inside the third minute. Barcelona, however, was spared the blushed after Lionel Messi restored parity 13 minutes later.

The Blaugrana No. 10 added his second goal – his side's sixth of the day - after an own-goal by Jorge Pulido and respective strikes by Luis Suarez, Ousmane Dembele, and Ivan Rakitic. Alex Gallar grabbed another consolation for Huesca in the mix of affairs before Jordi Alba and Luis Suarez put the host out of reach.

With Lionel Messi providing the pass for Rakitic's goal, the striker took his overall assist tally in La Liga to 150, becoming the first-ever player in the history of the league to reach the milestone.

His first-half goal against Leo Franco's side also meant that he has now scored against 37 out of the 40 teams he's played against in the Spanish domestic league. The feat is the most achieved by any player since the inception of the league.

Huesca, on the other hand, finished the day's game with a little accomplishment to take home. In the build-up to Cucho Hernandez's goal, the team struck together 19 passes - the most by any team in a La Liga game against Barcelona at Camp Nou since at least 2005/06