Lingard to start for England in Nigeria friendly 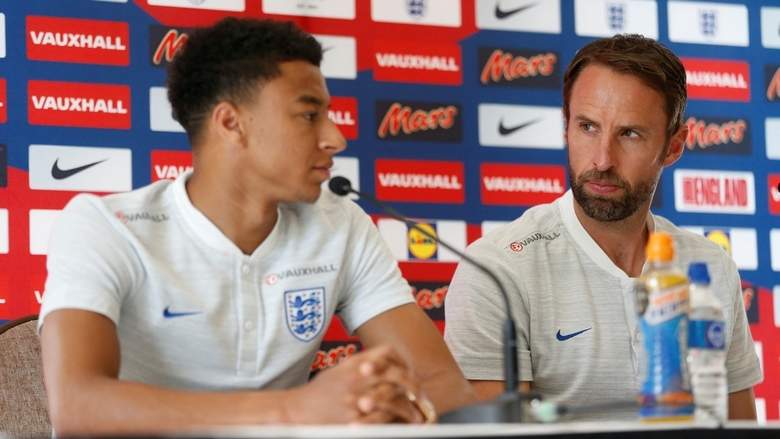 Manchester United’s Jesse Lingard will start for England in Saturday’s friendly against Nigeria at Wembley Stadium and manager Gareth Southgate believes there is no reason why he can’t play alongside Dele Alli.

Lingard, who usually operates in an attacking midfield role, scored 13 goals for United last season in all competitions - his most productive campaign yet at Old Trafford.

While some observers believe the 25-year-old is competing for the same spot in the England side as Tottenham’s Alli, Southgate says that isn’t the case.

“I don’t see it as a straight contest between any individual, absolutely they could play together,” Southgate told a news conference ahead of the match at Wembley.

“All of our attacking players have different attributes or strengths. Jesse is a fantastic player at recognising the space, working away from the ball, a great link between midfield and attack,” he said.

But Southgate gave no clues as to who would start in goal for England with Jack Butland, Jordan Pickford and Nick Pope the three goalkeepers in the World Cup squad.

“We know what we want to see in that area and we’re clear on what we think. There’s no need for me to say too much on that publicly,” said Southgate.

“I’ve told the players what we’re looking for in these two matches and haven’t told them the team yet.”

Southgate added that Manchester United central defender Phil Jones would miss the Nigeria match after he was allowed to leave the training camp as his partner is due to give birth.

Much media attention in England has been focused on forward Raheem Sterling’s new tattoo which features an assault rifle and which was described as “disgusting” by anti-gun campaigners.

Sterling said the tattoo had a “deeper meaning” adding that he would “never touch a gun in my life” and Southgate defended the player.

“Tattoos are very personal. A lot of our players have tattoos and they are wrapped up in a lot of deep stories. I don’t see why we should be involved in policing that,” said the England manager.

The Three Lions kick off their World Cup campaign in Russia against Tunisia on June 18 and also play Panama and Belgium in Group G.

Germany will be without injured midfielder Mesut Ozil, winger Julian Draxler and forward Mario Gomez when they host England in... Read More...

Republica Morning Brief: Sept 27
11 hours ago
Regulator makes yet another promise for strict market monitoring during festivals
11 hours ago