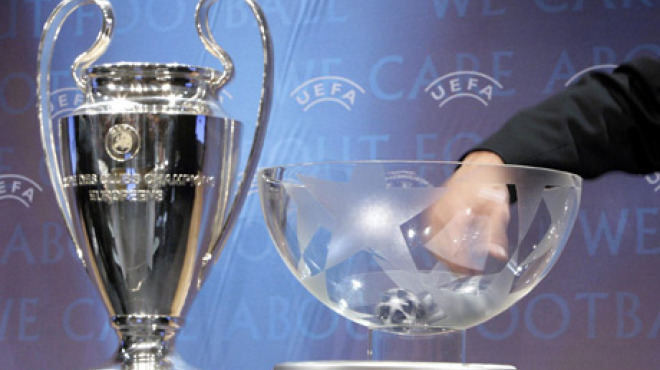 MONACO, Aug 25: Surprise English champion Leicester is in the pot of top seeds for the Champions League group-stage draw on Thursday despite being ranked 31st of the 32 teams by UEFA.

Leicester joins defending champion Real Madrid and other winners of the seven highest-ranked national leagues in the pot of No. 1 seeds, which includes CSKA Moscow.

Only Russia's Rostov — also making its debut in Europe's top club competition after beating Ajax in the playoffs on Wednesday — is ranked lower than Leicester, which is now No. 99 in UEFA's standings.

Leicester will also avoid powers like Barcelona, Bayern Munich and Juventus in the draw and cannot be put in a group with any English teams.

In the pot of No. 2 seeds, Atletico Madrid, twice beaten in the final by its city rival in the past three seasons, and Borussia Dortmund seem the toughest possible opponents for Leicester.

The third-seeded teams include PSV Eindhoven, which was top-seeded last season when the Dutch league was ranked above Russia, plus Tottenham and Borussia Moenchengladbach.

Monaco, a quarterfinalist two seasons ago, stands out in the fourth-seeded pot which also includes former European Cup winner Celtic and Legia Warsaw, returning for the first time since reaching the quarterfinals in 1996.

Beyond Pot 1, the seedings are decided by a team's ranking based mostly on its results in just the previous five seasons of the Champions League and Europa League.

Spain has four teams in the draw, including Europa League winner Sevilla. Germany and England have four each and Italy has just two.

Before the draw in Monaco, a series of meetings between top club delegates and UEFA should agree to change the entry slots from 2018 that would give underperforming Italy four guaranteed places. The big-three leagues are also set to get four places and avoid the playoff round in future.

A total of 22 teams gained direct entry to Thursday's draw and 10 more places were allocated through the qualifying rounds which ended with the two-leg playoffs that were completed Wednesday.

Rostov, ranked No. 146 by UEFA at the start of the competition, and CSKA will be kept apart from Dynamo Kiev, which is in the pot of No. 3 seeds.

UEFA ruled in 2014 that Russian and Ukrainian national and club teams must be separated in draws during ongoing conflict in eastern Ukraine between government forces and pro-Russian separatists.

Each team in Thursday's draw will get a basic fee of 12.7 million euros ($14.3 million) from UEFA, with more to be earned from results bonuses and advancing through the knockout rounds. The 32 teams will share an overall prize fund of around 1.3 billion euros ($1.5 billion).

The top two teams in each of the eight groups advance to the knockout rounds starting in February.

The final is on June 3 at the Millennium Stadium in Cardiff, Wales.