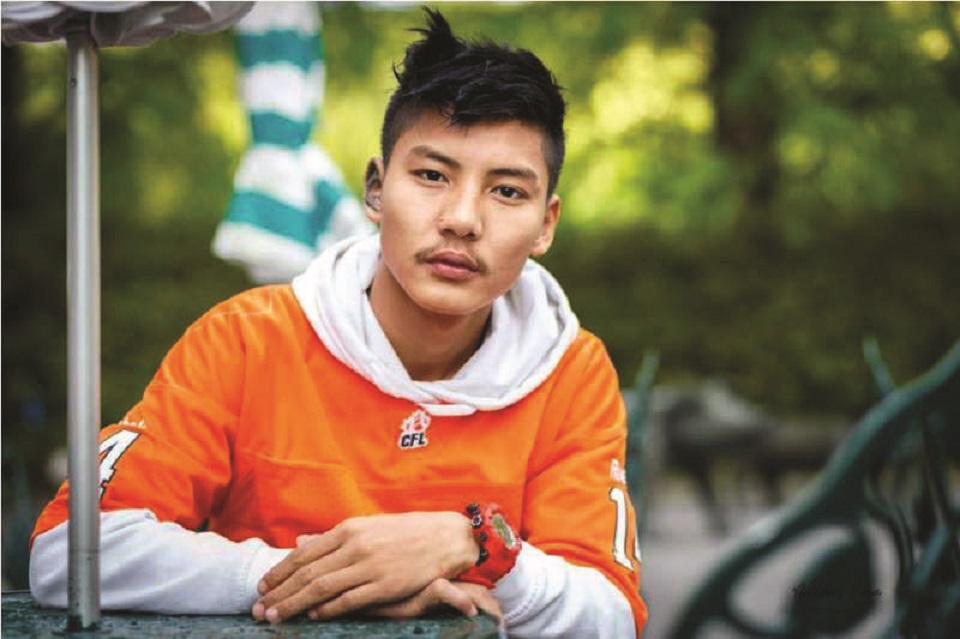 The author is undergraduate student of Political Science at State University of New York at Plattsburgh, US.
news@myrepublica.com

“Hami Yestai Ta Ho Ni Bro.” When this “rap” music video first came out, I was immediately dissuaded to see it. I have never been an avid fan of the genre and particularly not of the artist, “Vten”. But when I did finally see it, after the chatter it caused on social media—I did not enjoy it, but this wasn’t new. Most of the “rap music” Nepali “rappers” produce repulse everyone. I did not, however, see a case to arrest him, on any charges that I, at the time, knew of.

But Nepal Police arrested him a week ago.  And then the debate started:  Should the artists be punished for singing the “unacceptable” songs? Should they be let free to say and do whatever they like?

Most Twitter users vociferously opposed his arrest. Senior opposition party leaders called it authoritarian move of the government.  But there was no debate on whether Vten’s songs are legally acceptable or if our law prohibits the singers from singing the kind of songs which became the subject of intense debate.

There should be some constraints from the law to protect social order. The state cannot let anarchy reign over, without any control.  But this does not mean that there needs to be absolute control for that would be unreasonable and ultimately, impossible. But a country’s legal framework needs to be reflective of its social order, protecting it and harnessing it as much as possible.

This view is not built up on a principle that the character and value of liberty resides in the restraints that frame it. There is no liberty outside of restraint. This does not mean that individuals should be dictated against choices in their lives but they need to take into consideration how their choices affect the larger scope of society. There cannot be moral turpitude with free reign.

There have been notable examples in history about states avoiding a state of moral turpitude, some which may sound quaint this day but carried resonance in their age. However, even today censors have been put in place, to protect what individuals regard as prime to themselves. For example, you cannot go out unclothed even in Massachusetts without having the risk of facing the Chapter 272: Section 53 Penalty, with the possibility of a 6-month sentence and a 200 dollars fine.

Again, I am not comparing the Vten’s case with public nudity—it would be absurd to do so. I am only highlighting that there is a legal framework almost everywhere to protect what one holds true. In Nepal’s case, this line of order happens to be drawn at another position, and that needs to be respected.

Normatively Vten may have misinterpreted what may be considered as socially justifiable, and legally, there may be a need for outlining specific boundaries for the type of music he brought out. In this sense, it is good that the matter has been taken to the court. The court verdict will set precedence for future practitioners of this genre.

So, if Vten is to be proven innocent and “targeted” by the government, as many otherwise venerable people accuse, by the court of law, so be it. Everyone has the right to a fair trial and there is no reason that he shouldn’t have one. However, courts only make judicial decisions. They do not legislate and obviously do not alter social fabric. That is, the decision will only have legal implications and is unlikely to change the structure of the social argument I have tried listing above.

All in all, these arguments may sound hollow to you, untrue even. But people have different viewpoints. We need a reckoning that there are different views on every issue, plenty of them diverging from our own, and we need the ability to accept that without being disrespectful to one another, condescending of each other, or aggressive toward others.

If you disagree with my reasoning, which plenty of you will do, just regard me, for your comfort, as the Devil’s Advocate.

The author is undergraduate student of Political Science at State University of New York at Plattsburgh, US

Police have released Vten, who was detained by the police on charges of indecent behavior. ... Read More...

How long does protection from COVID-19 vaccines last?
18 hours ago

What next: Midterm elections or a full-term Oli govt?
8 hours ago