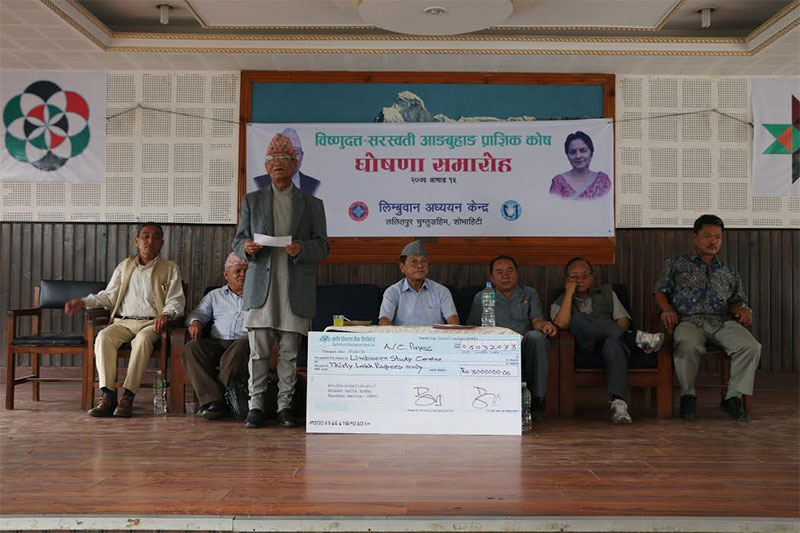 Bishnudatta Angbuhang handed over a check of Rs 3 million to Arjun Limbu, coordinator of the Limbuwan Study Center (LSC), after it was announced by former Chancellor of Nepal Academy Bairagi Kainla at a program in Shobhahiti, Lalitpur yesterday.

According to Dambar Tembe, a member of the LSC, the objective of the Academic Revolving Fund is to help carry out research works and study for the promotion of Limbu culture, language, indigenous knowledge and skills.

The LSC said the scholarships will be awarded to those scholars who contribute to the field of Limbu language, culture and indigenous knowledge and skills from the interest accrued under the fund, which will be managed and operated by the LSC.

Under this fund, two kinds of awards will be provided - research fellowship and academic award. The research award will be provided annually while the latter one every two years to those who contribute to the promotion of Limbu culture, language and indigenous knowledge.

GULMI, Sept 8: A local school in Gulmi district has collected fund worth Rs 1 million to set up a... Read More...