Lighting up our lives 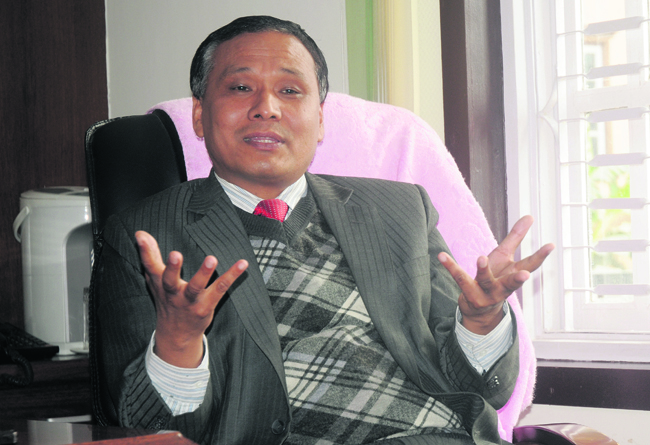 ‘I will come to meet you one day in form of light. I will illuminate, I will make my village bright.’ This was one of the lines of a poem Kulman Ghising had written during a poetry competition held at his hometown in Ramechhap. Little did he know then that these randomly jotted lines sealed his fate and marked his destiny.

We might owe him our gratitude and appreciation but we don’t know much about Kulman Ghising except that he literally brought light in our dark lives by bringing an end to load shedding in Kathmandu. Kulman’s team made that possible by, according to the man himself, ‘doing nothing but only managing power supply well’. Theft, leakages, and illegal selling of power were put to an end so that people could enjoy uninterrupted power supply.

Post the feat, much has been written about him but Kulman has a side that he rarely lets out in public. He can play the guitar but he hardly has time to indulge in it anymore. He loves to listen to songs by Narayan Gopal while traveling by road, and his favorite TV show is What the Flop hosted by Sandip Chhetri.

He was also quite mischievous as a child even though he always topped his class in school. Though he never got into physical fights or had unnecessary arguments, he would often skip classes to play ‘Khopi’, a coin game, with his friends. “I would sometimes play the whole day and go back home as if I was just returning from school,” confesses Kulman.

But this didn’t affect his academics. He went on to score 81 percent in his SLC exams and then, in 1986, joined ASCOL to study science following which he got a scholarship to study electrical engineering in India. His thesis on ‘Integrated Research Planning with Demand Side Management’ was what would help him immensely in his chosen profession later on.

Kulman mentions that it was during his ‘Chilime days’ (at the Chilime Hydropower Company Limited) that he actually thought of making Nepal load shedding free. He believed he could do it but the way ahead was not easy. When Radha Gyawali (CPN - UML) was the energy minister in 2014, Kulman was labeled incapable and stripped of his authority as managing director of CHCL.

“Some people will support you and some will try to bring you down. But after assuming this position in NEA, I have not wasted a single day. Our team has clear plans to make Nepal power efficient in the long run. We are working on it right now,” says Kulman who was appointed the managing director of NEA by the then energy minister Janardhan Sharma in September last year.

But his journey till now has been far from easy. And there have been quite a few controversies, the most recent one being accusation of fraud and corruption in the import of LED bulbs by a leading newspaper. For someone who has worked selflessly this came as a big blow and while refuting the charges, he said he 'did not have to earn by selling bulbs to the public' and burst into tears.

For him, the issue was a carefully planned act to deter his team from their consistent fight against load shedding. “The fact that good work was being presented in a completely different way was what upset me the most,” he says adding that everything he has done so far is completely transparent and he intends to keep all his work that way in the future too.

(As told to Anjali Subedi)

Technology invasion in our lives

Technology has become so insidious into our daily lives. People are more or less connecting- and disconnecting - as technology... Read More...

The chapters of our lives

KATHMANDU, Sept 9: Dinesh Rai has been on Nepal’s magazine sector for more than 15 years. Though he prefers to... Read More...