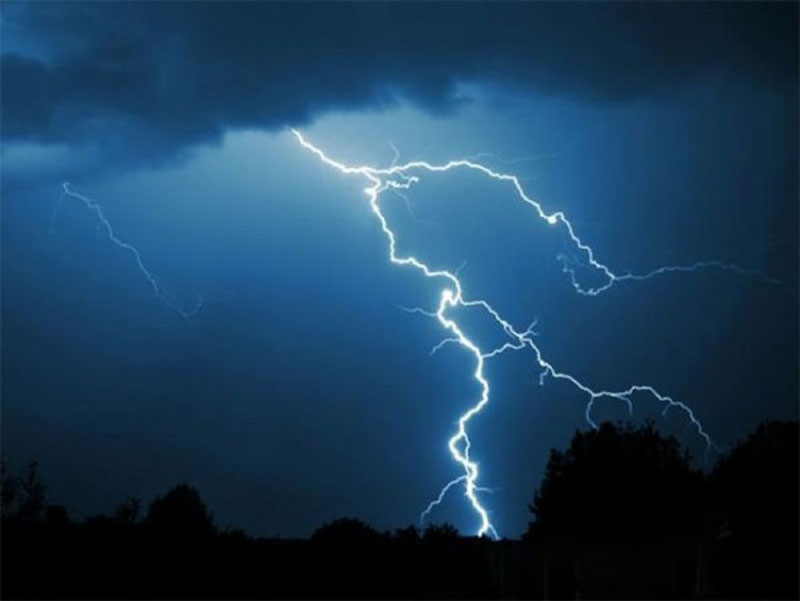 SINDHUPALCHOWK, July 8: Two women were killed by lightning at Ghumthang in Bahrabise Municipality-7 in the district on early Saturday.

The deceased have been identified as Mashang Tamang, 50, and Pashang Futi Sherpa, 45.

According to District Police Chief SP Rabindra KC, Tamang and Sherpa died on the spot after being struck by lightning while they were sleeping in the bed in their respective houses.

High voltage current had transmitted across the houses when the lightning struck amidst thunders, SP KC said quoting a local.

Police said the lightning strike has damaged television and radio sets due to shirt-circuit.

The dead bodies have been brought to Bahrabise for postmortem.

HETAUDA, May 7: Three persons were killed when lightning struck them at Manahari rural municipality-2 and Hetauda Sub-Metropolitan City-16 in... Read More...

TAPLEJUNG, March 9: A woman has died after being struck by lightning in Mikwakhola Rural Municipality-4. ... Read More...

PANCHTHAR, May 22: Lightning that struck amidst thunderstorm has killed a youth in the district on Monday. ... Read More...