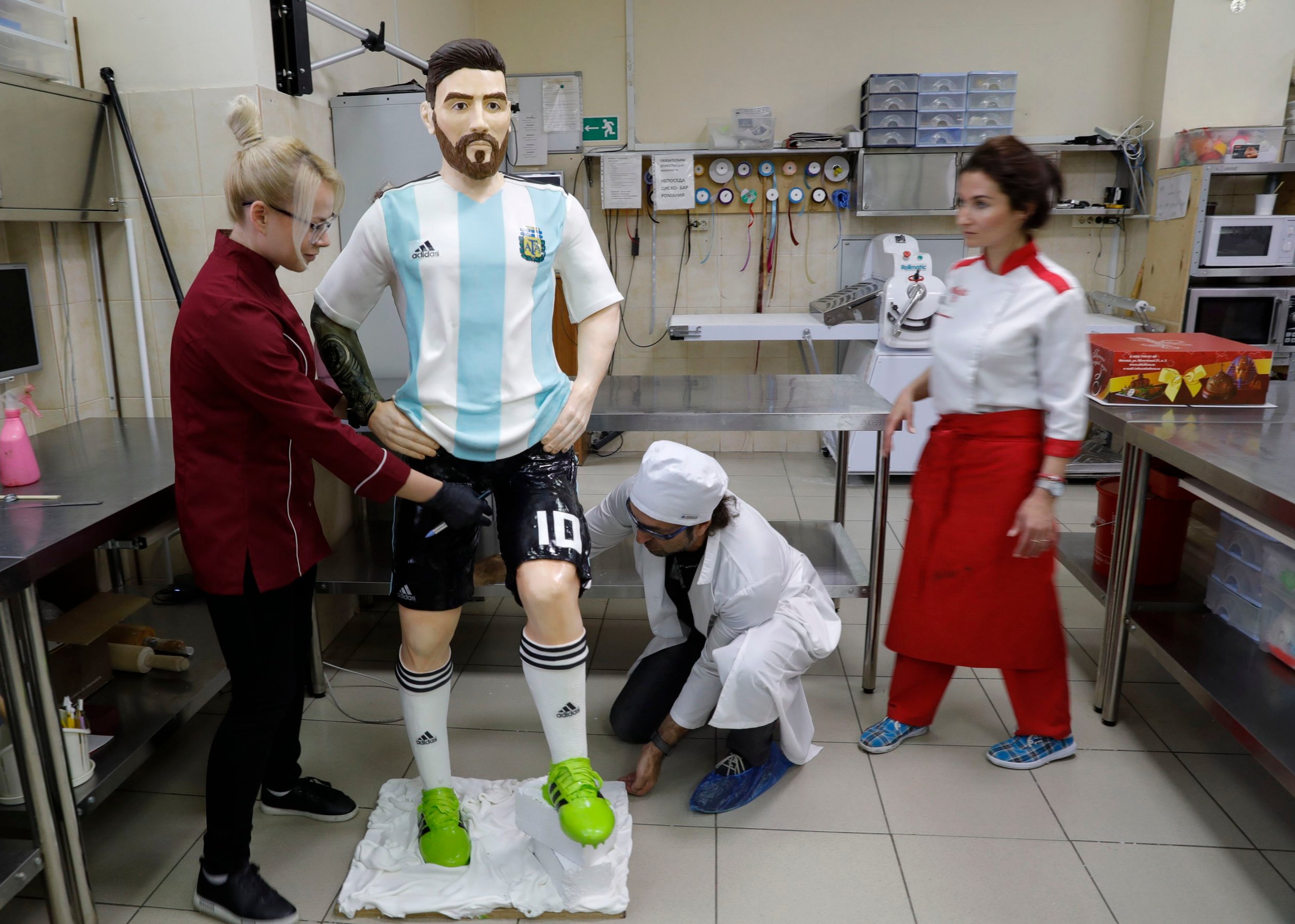 When Moscow confectioners found out Lionel Messi would be celebrating his birthday during the World Cup, they decided he needed a gift that measured up - a life-size chocolate sculpture in his likeness.

A team of five workers at Moscow's Altufyevo Confectionery worked for nearly a week to carve the sculpture in 60 kg (132 lbs) of chocolate to mark the Argentina forward's 31st birthday on Sunday.

"We found out by chance that it was Messi's birthday on June 24," said chief confectioner Daria Malkina.

"And we thought, 'why not make Leo a gift, a chocolate sculpture of himself'?"

Malkina said she had been in touch with Messi's representatives about handing him the sculpture, which will be mounted on a birthday cake.

The sculpture will also be put on display in Bronnitsy, a town located about 50 kilometres from Moscow that is Argentina's base during the month-long tournament.

Messi might need cheering up, having been criticised for his tepid performances at his fourth World Cup and with Argentina facing the shocking prospect of exiting the tournament early unless remaining Group D results go their way.

Sugar producers raise price of sugar by up to Rs 14 per kg citing hiked sugarcane price
19 hours ago
Govt warns of action against those posting photos, videos in social media platforms without consent
4 hours ago