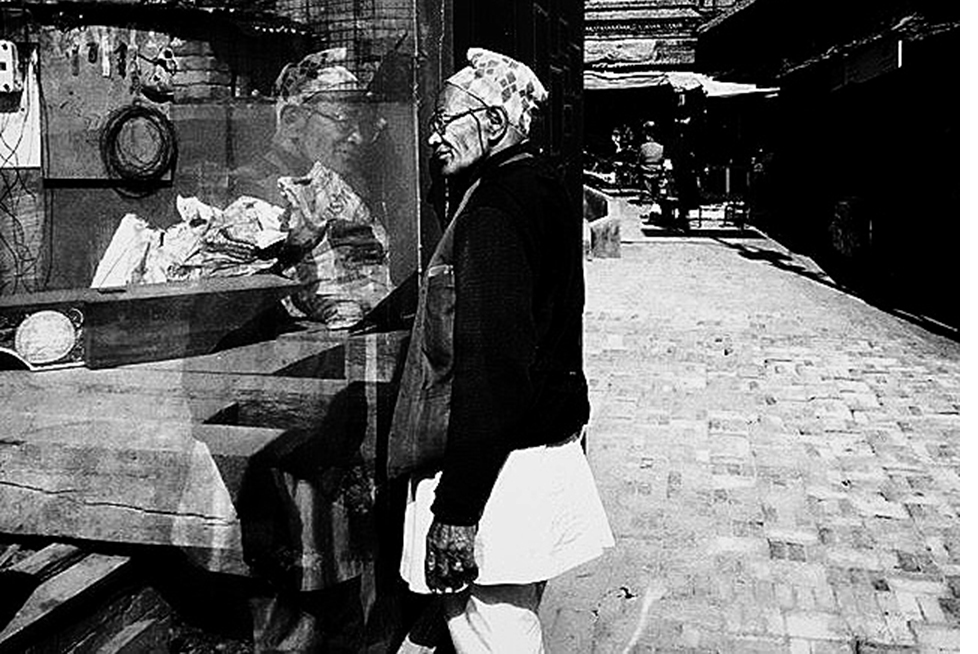 Instagram has become a haven for budding photographers to showcase their photography skills as well as learn from other professional photographers. One such photo enthusiast is Prajwal Bhattarai who has been capturing moments and people of Kathmandu on his Instagram account @nepzie. If you were to go check out his page on Instagram, you will see a feed entirely in black and white with an occasional splash of color here and there. All these images reflect life in Kathmandu as well as places around Nepal.

Bhattarai, now 27, works as a freelance filmmaker, production designer and his recent collaboration was with Fuzz Factory Production. However, to him, photography is more of a pastime than a profession. According to him, photography is something he does for himself and wouldn’t want to ever associate with money. “I took pictures when I was stressed and so, for me, it’s an escape. I could never do it as a discipline – my photography demands complete freedom,” he says.

According to Bhattarai, his interest in photography was a gradual one. “I didn’t grow up near cameras. It was only sometimes I got my hands on a film camera and took pictures,” he says. All this, however, changed when he was given his first phone in 2008. It was a Nokia N95. “I took pictures of anything and everything with the phone, zooming in and out,” he explains adding that it was mainly because of the curiosity of the gadget rather than an interest in photography that prompted him to do so. But even as the novelty of the gadget got worn out, he found himself drawn to taking pictures and it has remained so ever since.

Nowadays, Bhattarai takes pictures from his phone as well as his Fujifilm X-30. According to him, the camera has a good focus and has a small sensor that can take sharp and quick images that enables him to capture mobile figures. “I like taking pictures of people walking by and this camera captures that brilliantly,” he explains. His images also feature close ups of people, most of the time unaware of his lens, going about their work and daily life.

Moreover, along with taking pictures, Bhattarai started exploring and experimenting with his photographs, adding effects on them as well as taking note of the light and contrast of the image. Bhattarai then uploaded the images on an image hosting service site called “Flickr”. “But I prefer Instagram over Flickr because I can engage in conversation with people who can give me feedback on improving my photography skills,” he reveals.

Bhattarai’s Instagram bio reads “Kathmandu. Untouched.” and this is wonderfully illustrated through his photographs. All his images have an element of rawness in them as if he has captured a “slice of life” around him for his viewers to observe and be a part of. He explains how the idea of an image comes to him as he sits someplace and marvels at the simplicity of it all extending from the walk of a stranger to the playfulness of a child. “At times, I’m so engulfed by a particular scenario. I hesitate to capture it, afraid that no still image could do it justice. But still, if it is a wonderful dawn I’m marveling at, I want other people to see it too,” he explains.

Bhattarai usually likes his photographs black and white. The reason for this, he explains, is because he wants the people or place he has captured to be the primary focus of his image, rather than the colors that surround it. “Especially in Kathmandu, there is too much color (different buildings, poles, posters and what not) everywhere and it often makes the image chaotic,” says Bhattarai. So, he feels the need to give his images a neutral tone – to appreciate the story the picture is trying to tell – be it an intimate portrait of a friend or a heartfelt image of a child playing with his toy. Moreover, the monotone also helps him better understand light and shadows and how they play into the making an image.

Photography became a major part of his life mainly after 2014. He recalls getting addicted to photography while completing his Bachelor’s degree. Whenever he went out with friends or family, or took trips around Nepal as well as the world, he would take his phone or camera out to capture their unknowing smiles along with his surrounding and he managed to find a certain essence even in the most mundane things. “It’s this very essence I want to preserve in my photography. I don’t want it to be forceful like it is when trying to meet a deadline given by a client or the insecurity in your work when money comes into play,” he concludes. 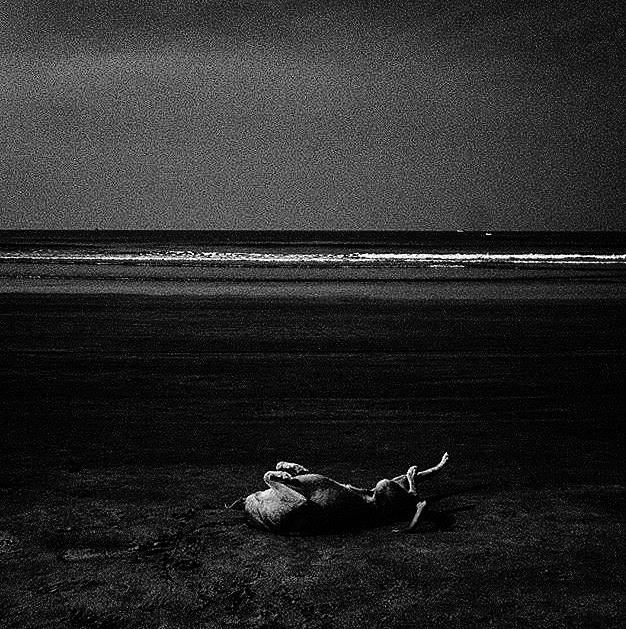 I want to ask why not black?

KATHMANDU, Dec 6: A cancer patient Narayan Chaudhary of Patharaiya in Kailali has appealed to the people for monetary help... Read More...

BIRATNAGAR, July 26: Although there have been a respite from heavy rainfalls since Saturday, water levels in various rivers in... Read More...