Life changes for Pooja who nearly quit school due to poverty 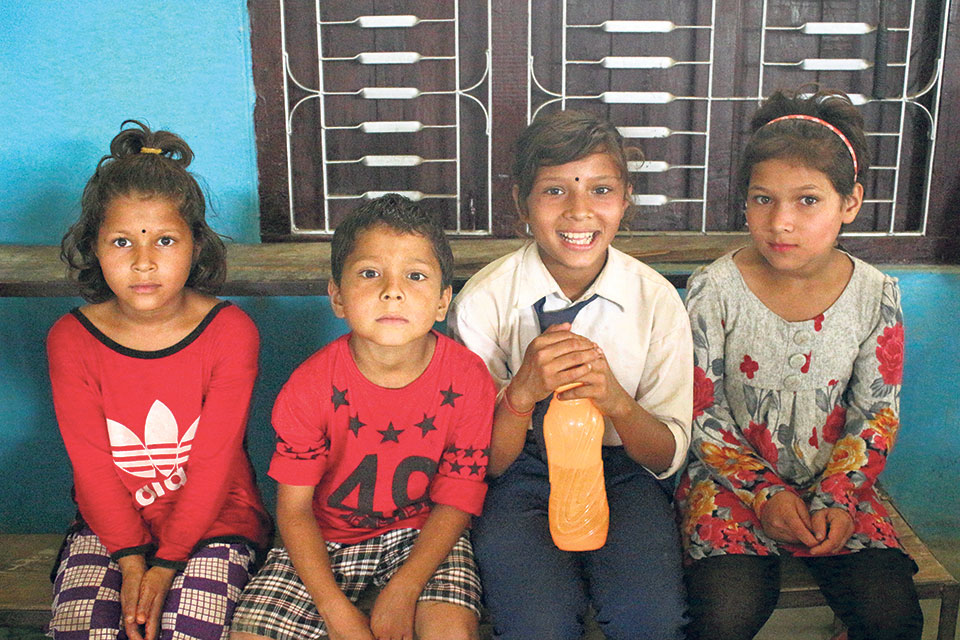 MYAGDI, Sept 6: Pooja Khatri, who had written to her school principal that extreme poverty was forcing her to drop school, is now 'a happy and regular student'. After Republica published the little girl's heart-wrenching letter along with the story of her hardships, financial support started pouring in from within and outside the country. A total of Rs 1.1 million has already been deposited in a bank account that Republica opened for her.

Puja and her three siblings were living in grinding poverty with their grandfather. After their parents walked out of their lives, the three children were forced to take refuge with the elderly grandfather.School fees and other expenses were beyond their reach. Their predicament prompted the sixth grader to take the unusual step of writing to her shool principal that she would like to drop out and seek work so that her siblings could continue in school.

Puja's story was published in Repubica at the end last month, and in just a week things have started changing for her.

"Now, there is no dearth of food, clothes and other essentials at home," said the student of Jamuna Kharka Secondary School. "It all feels like a dream. "

But she now has a new worry. Their mother and father who had moved away from them for their own reasons might decide to come back to claim the money people have donated .

"My father used to beat up my grandfather, who is also very happy now to see our changed life," she said. "My parents might come to know about our changed fortune and decide to come and claim some of the money, "she said.

She is however prepared 'to give them a fitting response'. So is her younger sister Pushpa.

According to Puja's teacher Ram Prasad Subedi, not letting the money fall into the wrong hands is indeed a challenge.

"This donation is for the bright future of those kids. But we have to be very careful. It should be kept in fixed deposit," he said.

Encouraged by the wide support, the children are now planning to join a good school in Benibazar. According to Puja, she may not go there herself, but her three siblings could do so, and live in a hostel .

Along with the family's changed lifestyle , their dilapidated house is also getting repaired. Puja has expressed her gratitude to all those who made it happen.

The government unveiled the budget for this year with a focus on increasing growth and reducing poverty. These are laudable... Read More...