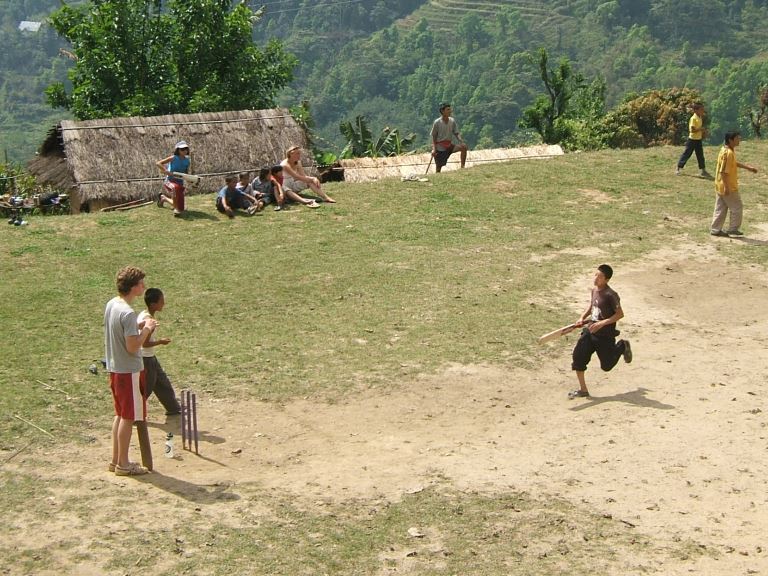 If it was not for the ‘Lig-lige race’ that Drabya Shah won to become the then King of Gorkha there would not have been a Prithvi Narayan Shah to unify Nepal. Nepal exists because of sports.

"Sport has the power to change the world; it has the power to inspire. It has the power to unite people in a way that little else does. It speaks to youth in a language they understand. Sports can create hope where once there was only despair. It is more powerful than a government in breaking down racial barriers,” Nelson Mandela had stated.

Mandela became President of South Africa when a nation of 43 million people seemed bound for havoc. The sports-minded can reflect that nobody ever comprehended the value of sports any better than this distinct individual.

Sports for eternity have been means of livelihood for players all around Nepal. It may or may not have been recognized or felicitated by the government is a different story. Sportspersons, national treasures as a matter of fact, like Deepak Bista, Phupu Lhamu Khatri, Hari Khadka, Paras Khadka or Mira Rai did not only earn fame in the field of sports but also introduced Nepal at the international arena  apart from the regular bugle we blow in the name of Gautam Budhha and Mount Everest.

Going into Nepal’s House of Representative and Provincial elections, political parties have released their manifestos. Those booklets of a public declaration of policies and aims issued before an election by a political party help us know what are their plans and visions to take Nepal to the next level from never-ending struggles for basic needs.

UCPN (Maoist Center) and UML’s (Left Alliance) common manifesto has included the most detailed and fancy version of sports programs in the run-up to the elections. The ‘Section 11:  Healthy life’s base: Sports Development’ includes sports as means of national identity, respect and reputation and emphasizes on every Nepali citizen to be promoted to take part in all kinds of sports activities to stay healthy and fit. However, it sounds hogwash when it states building four international stadiums in three districts (Kathmandu, Lalitpur, and Bhaktapur) and a sports university in Kathmandu. Meanwhile, the existing state of Dasharath Stadium is already known.

They have also proposed state-of-the-art equipped with facilities for sports development in every state headquarters along with sports hostels in every province and sports schools. Also, there are employment opportunities for sportspersons (national or international) along with pensions.

Nepali Congress, for some reasons, has totally failed to mention sports in their manifesto. It is a surprise given 40% of total population in Nepal is between 16 to 40 years of age (this fact is mentioned in their manifesto though). Not if understood that nothing happens anyway. Nepali Congress went all-sports-gung-ho in last local elections. They proposed a state level sports ground and state-of-art sports stadium at each ward, sports complexes and promote women in sports by building ward and city-based women sports clubs and circle. In few months, they went from being the most ambitious to no mention at all.

Man Bahadur Vishwakarma, the member of the central working committee of Nepali Congress, however, insists on including the sports in the manifesto. “We have included it. We do not explain all the plans or programs in the manifesto. We have also helped to develop sports while being in government” said Vishwakarma. But it is still impossible to find even a word ‘Khel’ in 84 pages of the manifesto.

Naya Shakti Party seems to tone down the expectations at possible levels by announcing only an international stadium and sports university under the ‘Section 2: 2.3 Economic Development and Prosperity Plans: 2.3.1: Federal Development and Strategic Plans: Part 22’. Naya Shakti has also concentrated on promoting youths for sports and undefined ‘special programs’ for development of sports in ‘Section 2.6 Group Targeted Programs: 2.6.1 Youth Empowerment Programs.’

Bibeksheel Sajha Party remains on the most realistic ground by proposing the construction of stadiums, grounds and covered halls in a sentence in ‘Section 5 Target, Strategies and Programs, 5.1 Target and Strategies, Part H’ without making any tall promises given their target to be only a national party at this elections.

There is one common faulty backdrop in each of it despite repeating the same words that were included in Nepal Planning Commissions’ 5-year-plan. Parties (except Nepali Congress) have mentioned sports development, vision, and plans without co-relating them separately in economic or tourism or employment sections (or parts). This, in a way, imparts insularity on measures that will lead the inter-linked development of sports with economy and tourism from grassroots to international levels.

It has been 12 years since the construction of Mulpani Cricket Ground started. It is yet to host an official game. The international ground in Kirtipur is owned by the Tribhuvan University. Dasharath Stadium has somewhat become a national shame but political parties would not stop from introducing unrealistic plans of building a sports ground in each ward to none plans at all.

Nelson Mandela may have been the first global leader to use sports as a tool to unite people and to redefine a country's international image.  He may not have understood the laws of the game but throughout all those years of South African sporting isolation, he fully understood the political impact sports could have.

Sports do not only provide the nation with icons but also help people stay healthy and fit. Economical surge is another aspect that most of the political parties of Nepal have been turning a blind eye on.

Sports couple Asim-Sonira to tie the knot in Dec