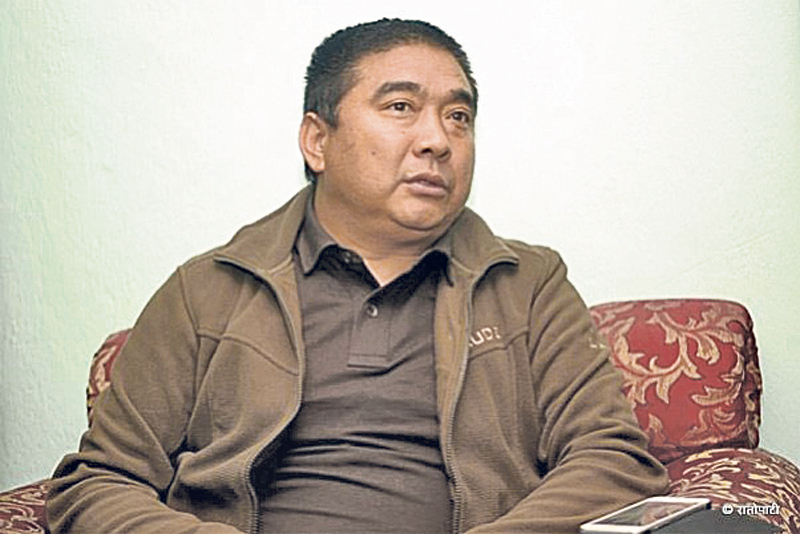 KATHMANDU, Aug 10: The Special Court on Wednesday freed suspended CPN Maoist Center parliamentain Lharkyal Lama, who was in jail on corruption charge, after he furnished a bail of Rs 10 million as sought by the court.

According to Special Court Spokesperson Jagannath Paudel, Lama furnished a bank guarantee to pay the bail amount and the court released him on Wednesday.

A division bench of Judges Mohan Raman Bhattarai, Bhupendra Prasad Rai and Prabha Basnet asked Lama to furnish the bail amount as he appeared in the Special Court on Wednesday to face the corruption case filed by the Commission for Investigation of Abuse of Authority (CIAA).

The CIAA on May 12 had filed a graft case at the Special Court against Lama claiming that he accumulated property worth Rs 298 million within a decade and a half but he was able to show the sources only for the property worth Rs 203 million. The CIAA has claimed that the property whose sources could not be known was accumulated by abusing public authority, which he exercised for a decade and a half.

Lama was appointed chairman of Monastery Development Committee on January 3, 2002 in the recommendation of Nepali Congress. He later joined CPN-UML and secured the position of lawmaker and state minister for finance in the government led by Jhalanath Khanal. He resigned later when controversy surfaced over his citizenship.

Following this, Lama joined CPN (Maoist Center) and became a lawmaker under the proportional electoral system.

Lama was arrested in March after the CIAA team found 14 unused bullets and some sharpnel in his bank locker, in the course of investigation. He was later released on bail in the case of illegal possession of arms and ammunition.

KATHMANDU, Aug 10: The Special Court (SC) has demanded Rs 10 million in bail from the suspended lawmaker of CPN... Read More...