'Let us use RTI in a right way': Prez Bhandari 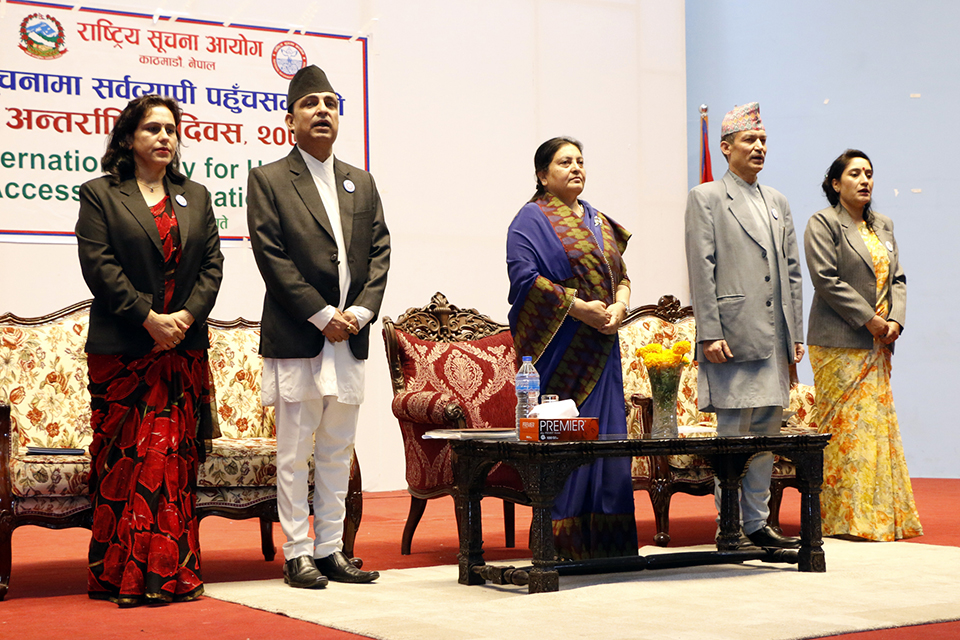 KATHMANDU, Oct 16: President Bidya Devi Bhandari urged all for right use of Right to Information, saying RTI would maintain good governance in the country.

She said that it was the responsibility of employees to carry out activities with a feeling that people have rights to information of each and every activities carried out by the government.
The President said, "Today's age is the era of information. Government is formed from the people's mandate in democracy. So people are power and owner of the state."

President Bhandari added that RTI would be important for civic surveillance. She also praised the initiatives taken by NIC to increase public awareness related to RTI.

On the occasion, the NIC presented prize to first, second and third winners of the essay competition – the RTI campaigners Raju Shrestha, Rakesh Prasad Chaudhary and Bhawana Poudel - respectively,.

NIC Chief Commissioner Krishna Hari Banskota, stressed the need of giving constitutional status to the Commission as per the universal practice. RSS

Law as Literature
22 hours ago

Daraz offers 15% off on card-prepayments
4 hours ago

KMC to implement 'One Ward, One Model School' program
6 hours ago