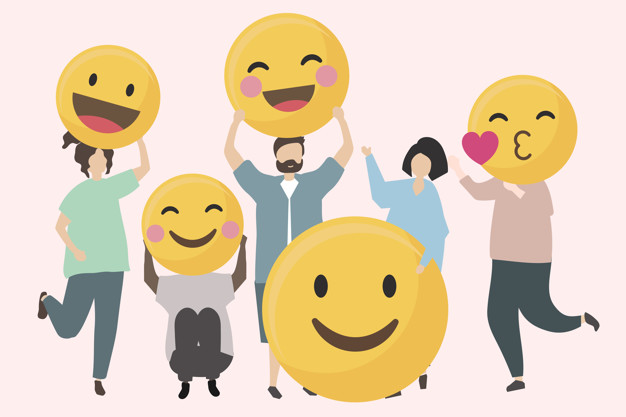 The contributor for Republica.
selectedanju23@gmail.com

Following the current global pandemic, we are gifted with TIME! No hanging out together, no more conventional job patterns, no dates, no celebrations; just TIME

In just one day, we have so much time and the “RIGHT TIME” is artfully hidden inside the time. It just takes us a little while to understand which and when is the right time.

To some, the enforced restriction on mobility led them with spare time to enjoy what they had missed during hectic work schedules. But this situation has severely traumatized a majority of the people in Nepal. One can easily be mentally and emotionally vulnerable, leading to several mercurial thoughts and fickle decisions.

Suicide is a very easy decision that an emotionally vulnerable person can make during this time. As per the World Health Organization, about eight hundred thousand people die of suicide every year, out of which 79% of the cases are from middle and low-income countries. Suicide is the third leading cause of death in the age group 15-19 years. SAVE says that a person commits suicide in every 12 minutes in the United States. In Asia, South Korea has the highest (26.9 suicides per 100,000 population) suicide rate.

Unfortunately, there is no suitable and systematic mechanism to record the suicide rate in Nepal. No proper indicators have been utilized by the public health systems.About 5,000 Nepalis kill themselves every year. In a pilot survey conducted by the Nepal Health Research Council (NHRC), 3.4% of participants had minor to major symptoms of depression, and one in every 10 people exhibited suicidal tendencies.

There has been a substantial increase in the number of suicides during the lockdown in Nepal. A massive increase in suicide rate by 25% was recorded by Nepal police during the same period.

A rapid assessment titled “Impact of Lockdown; Psychosocial Stress and Safeguarding Issues among STEM II Girls,” conducted by Mercy Corps in 433 STEM II girls in Kailali district, found 56% of girls undergoing some kind of psychological stress about the uncertainty of the situation, fear of outbreak and having nothing to do. 12% of them also voiced their safety concerns. 65% of them did not have any idea about where to contact for gender-based violence, psychosocial stress, and similar issues.

Suicide is not a fight against the people around you. It is a battle inside you, against the person. Unfortunately, you win some battles, and you lose others. Sometimes you get to the point where fantasizing about suicide becomes comforting, and all you have to do is to overcome depression, fear, and suicidal thoughts just like you would in any other situation. Loise Bradvik, in one of his articles on Suicide Risk and Mental Disorders published in the International Journal in Environmental Research and Public Health in 2018, has stated that the risk of suicide can be determined by diathesis (tendency to experience suicidal ideation and likely to act on suicidal feeling) along with psychiatric illness.

Silke Bachman, in his article titled “Epidemiology of Suicide and the Psychiatric Perspective” published in 2018 in same journal, has reported that suicides and suicide attempts are at least 10 times higher in people with psychiatric illness as compared to the general population.  He also stated that depression (30%) was the main cause of unnatural death followed by substance-use disorders (18%), schizophrenia (14%), and personality disorders (13%) in the 2000s.

One of the most effective ways to overcome an unhealthy mental state is by adopting healthy practices and getting counseling. The more we talk about mental health, the more it becomes easy to overcome the stigma associated with it.

Humiliating and bullying those people who are struggling with their mental insecurity will only make their situation worse. Individuals who decide to end everything aren't the weak ones, nor are they narrow-minded. To call suicidal people selfish is selfish in itself. You are only concerned about the impact that a person's death would have on you or their family.

Facing problems, fears, and the deepest regrets take courage. Concluding that you need to live again during those unpleasant occasions requires strength and bravery. So, keep fighting. You become stronger each time you overcome those feelings and emotions of wanting. Be strong for those around you, and most importantly for yourself.

For every one of you that has survived the worst, thank you for being there. To the individuals reading this: If you are dismal or discouraged, I won't say that everything will be fine because it isn't. In any case, I realize you can get past this. You have done this previously; you can do it once again. You are extremely solid, and I am pleased with you for persevering through this long. Change yourself thoroughly, start anew. You need genuine change, all-out change, long haul changes. Change that 'works for you'. Try not to stress over the plans, any long-term plans because designs consistently change, don't get stuck on that.

Surviving and thriving during times like the pandemic period can be difficult, exhausting, and confusing. Many of us may get into a dilemma on how to react to such situations, how to treat others, and be sensible. The WHO has provided us with a guideline about ‘mental health and psychosocial considerations during COVID-19’ that intends to teach us how to treat people, what to feel and consider, guidelines for health workers, vulnerable people, and people in isolation. A thing we must not ever forget is respecting others, no matter what condition they are in; the same should apply when it comes to dealing with COVID-19 patients.

KATHMANDU, March 23: As many as 97 people were diagnosed with COVID-19 in the Kathmandu Valley on Tuesday. ... Read More...

COVID-19 Wave II: Where will Nepal go?
22 hours ago
US asks its citizens not to travel to Nepal amid rising cases of COVID-19
13 hours ago