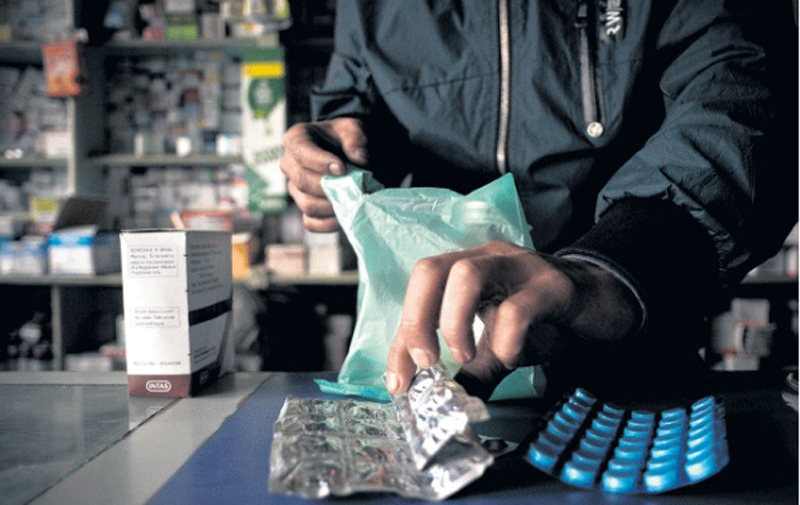 It is not right to say that reviving NDL will save billions and ensure quality drugs in the market
After the 1990 political change, Nepal embarked on the path of economic liberalization.

The private sector would from then on lead the economy, with the government offering growth-boosting policies and laws. In this context, between 1990 and 1996, the country grew by 5 percent a year, hitting an all-time high of 8.2 percent in 1994. This showed that liberalization works in Nepal if we have liberal policies. So in its ninth five-year plan (1998-2002), the National Planning Commission recommended privatizing 30 state-owned enterprises (SOEs).

But economic liberalization has not been a smooth sailing for Nepal. We have gone through a decade-long civil war, another decade-long peace-building and constitution-drafting transition and various political movements. Meanwhile, economic policy reforms took a back seat.

Nepali Congress had led the first wave of economic policy reforms. Today, NC is the largest parliamentary party and controls the Ministry of Industries (MoI), the same ministry that was at the forefront of first wave of economic liberalization. It is therefore interesting that MoI itself is looking to revive some of these sick public enterprises (PEs) that were picked for privatization during the 1990s. The ministry, we are told, aims to revive at least three PEs within this fiscal, including the Nepal Drugs Limited (NDL).

Some arguments in favor of reviving NDL are: It will ensure availability of quality and affordable drugs to the general public; it will save the government money that would have been spent in procuring drugs from outside; it will send a positive signal to private investors; and that it will help create jobs. Let us look at these assumptions.

First, government running the NDL will not send a positive message to domestic and foreign investors. NDL is only one drug manufacturer in an industry that has more than 50 registered private enterprises. Most of them are making profits. So private investors are already interested in the drug industry, having spent around Rs 20 billion in it. Private drug-makers today meet half the market demand in Nepal. NDL will struggle to compete in this competitive market.

Nor will reviving it send a more positive signal to investors. Since NDL is a state-owned enterprise, the rules that apply to private companies do not apply to NDL. NDL neither has to depend on investors for its capital, nor on consumers for its revenue. Therefore, it will put NDL at an unfair advantage.

Second, it is not true that reviving NDL will save government billions of rupees and ensure quality drugs in the market. Yes, NDL could produce drugs that replace some foreign incumbents. But the impact will be minimal. The government distributes a total of 70 drugs (including antibiotics, medicines for diabetes, high blood pressure and heart diseases) for free, spending big money. Going by NDL’s past record, if it is to produce all these drugs, it will do so at a higher cost than the costs of the private companies. NDL has already accumulated over a billion rupees in losses and another half a billion in unfunded employee retirement liabilities. It owes another billion rupees to the government.

As is the case with most other sick public enterprises, NDL was also beset by constant political intervention and mismanagement, before it shut down. Millions of rupees have been injected into it to resume its operations (Rs 50 million four years ago being the latest injection of cash). With that track record, there is little prospect for structural reforms in the NDL. Again, with so many successful private enterprises, do we even need NDL?

As regards quality, 37 private drug industries in Nepal have the World Health Organization’s Good Manufacturing Practice (GMP) certificates. But NDC is yet to acquire GMP certification.

Third, of course new enterprises create jobs. But the government is not a productive agent in itself. Rather it is a redistributive agent. And, historically, the government-run state enterprises in Nepal have not been known for their job-creation capabilities. The money that is going to be injected into the NDL is going to come from the national budget, which means from taxes, grants and loans.

In today’s context, every job that the government creates displaces the job that the private entrepreneurs could have created themselves. Government does not create new jobs, it shifts jobs from one industry to another, and puts the human resources to a less efficient use. If it is employment we are worried about, like Milton Friedman said, we could simply ban the use of machines and make everything manually. Voila! Employment all around.

Fourth, on balance of payment, we export what is of lesser value in the domestic market and import what is of higher value in the local market. If everybody is gaining in value through this trade, should we be imposing a constraint on economic actors? Alternately, if local producers were producing high-value commodities, we would not need to import them. But in our effort to revive the NDL, we are ignoring the contribution of profit-making enterprises and putting our bet on a loss-making, inefficient enterprise. If it is so much about balance of trade, let’s export all electricity to Bihar and import fashion from there.

Finally, the Ministry has not clarified if the old structure of the NDL will be retrained. And will it be privatized based on public-private partnership (PPP), management contracting, or cooperative model? Saying that NDL will be privatized is not enough.

Yes, there are flaws in Nepal’s private sector, which indulge in own anti-competitive practices that have often compromised the well-being of consumers. But it is also true that Nepal as a poor country has serious administrative and fiscal deficiencies. If a government with this scale of administrative and fiscal deficiency tries to do it all, it will result in nothing but failure. The government should rather be acting as a facilitator and a monitor guaranteeing that there is a conducive policy regime, no anti-competitive practices and businesses compete to deliver affordable products.

The author is a Research Coordinator at Samriddhi Foundation, an independent research and educational public policy institute based in Kathmandu. Views are personal