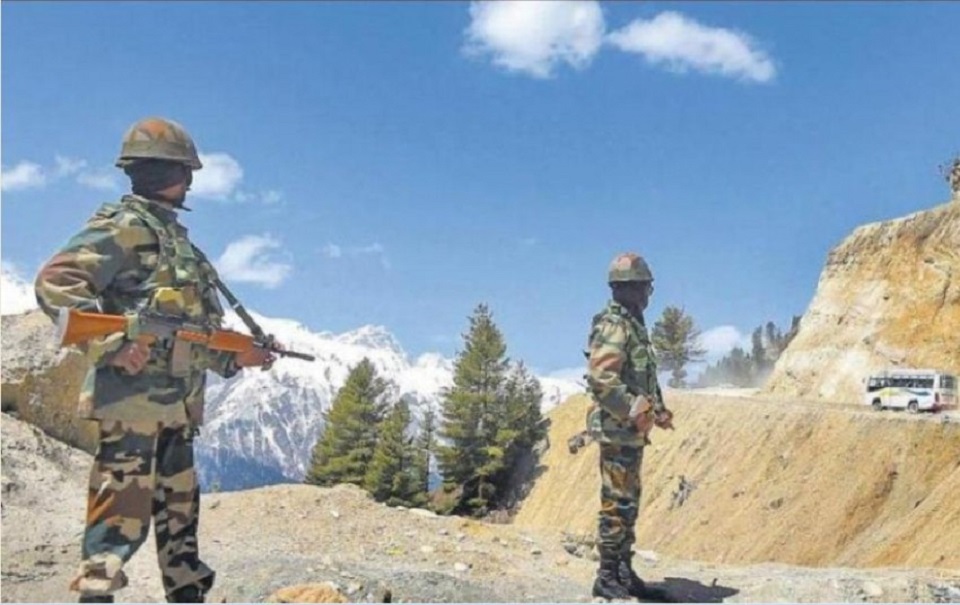 Fatal skirmishes in Galwan valley in Ladakh have once again proved the strategic importance of Nepal’s Lipu Lekh region.

Few weeks ago, Chinese President Xi Jinping instructed PLA to “prepare for war.” No one knows, till today, what he meant. After this, the Indo-China Line of Actual Control (LAC) border remained tense in Sikkim and later in Ladakh. The consistent US provocation against China always sounded the alarm in East and South China Sea.

New Delhi took Xi’s threat seriously when Chinese troops were seen active into four different sectors along the LAC drawing India into a diplomatic and military stand-off, consequently ratcheting up tension along the border along Galwan valley although similar standoff in Naku La in Sikkim had terminated with limited faceoff with stone pelting.

Indian forces were already largely in position and were thought to be confident. Like in Doklam in 2017, we could feel the standoff which had deescalated after deterrence, while the Indian media mostly relied on hypothesis of “win win situation”. In fact, Delhi had sounded nervous with “reconciliatory vendetta,” a contradiction to “will and capability”.

Analysts have pointed out that nature of current tension in Ladakh is worst since 1967. In several periodic skirmishes at LAC, not even a single round of bullet was fired.  The recent Lieutenant General level talk of June 6 was indicative of an “impasse.” During the meeting, India had pressed for restoration of “status quo” which itself was debatable.

Casualties in both sides of LAC have made peace elusive. India has upheld firmness with its Defense Minister saying India is no longer a weak country and it “won’t compromise.”

At least 20 Indian soldiers including a colonel level commanding officer has been reported killed on June 16 fierce clashes in LAC. Chinese Foreign Ministry spokesman pointed finger to India for "provoking and attacking Chinese personnel, resulting in serious physical confrontation between border forces on the two sides”. Indian Army statement said: “during the de-escalation process underway in the Galwan Valley, a violent face-off took place yesterday night with casualties on both sides.”

Although Galwan episode has demonstrated ability of both armies to challenge vigorously along their shared border, to protect their national interest, the other fronts also will remain a second-tier strategic priority. Indian media is fuelling revenge politics. One retired general went on to say the soldiers should have used fire arms but not fists and batons.

Pacification is only a prudent solution.

Recent fatal skirmishes in Galwan valley in Ladakh have once again proved the strategic importance of Nepal’s Lipu Lekh region. The 17000 feet high important tactical feature belongs to us at ground. It should never be misused against any friendly force. Only Nepal’s possession of this territory will guarantee a lifelong security to both countries.

The geopolitical threats between India and China are felt day by day in the region with former’s alliance with the US under its “Free and Open Indo-Pacific” vision, which is mainly aimed to counter Chinese advance in the region. In this vision, India features as economic, political and strategic battleground.

In this context, placement of Indian Army in Nepal’s Kalapani can never be acceptable for Nepal and China.  The Indian army post so close to highland passes of Tibet and the road to Mansarovar will not safeguard security interests of Nepal and China.

As dispute between India and China is escalating, Nepal’s territorial concern is being neglected by India, things might turn from bad to worse. China might want to build a road up to Lipu Lekh.

Later on in the progression of talks, a tri-junction at Limpiyadhura can be designated with new agreement among three countries. For this reason Nepal’s resentment against India and China developing Lipulekh pass as a bilateral trade route, by bypassing Nepal, will be much realized, and defaulter revealed.

In regard to unbecoming act of road construction up to Lipu Lekh, India’s condescending behavior has hurt Nepal’s emotion, and especially more with the false narratives by eminent Indian diplomats and scholars.

Kalapani and Lipu Lekh are most significant strategic points for us to maintain and foster entire regional prosperity and security. Nepal has realized this and showed historic unity in passing the new map from the parliament. Although, weak in terms of economy and military power Nepal’s prestige at international level has risen to new height with this move. To prevent sparks from border disputes the countries involved should respect each nation’s territorial rights, no matter who is powerful and who is weak.

KATHMANDU, June 21: Amid the ongoing India-China border tension that has already claimed the lives of 20 Indian army personnel,... Read More...

China says it agrees with India to peacefully solve tensions

BEIJING, June 17: China says it has agreed with India to peacefully resolve their Himalayan border tensions following the most... Read More...