Lesotho’s prime minister to be charged with murder 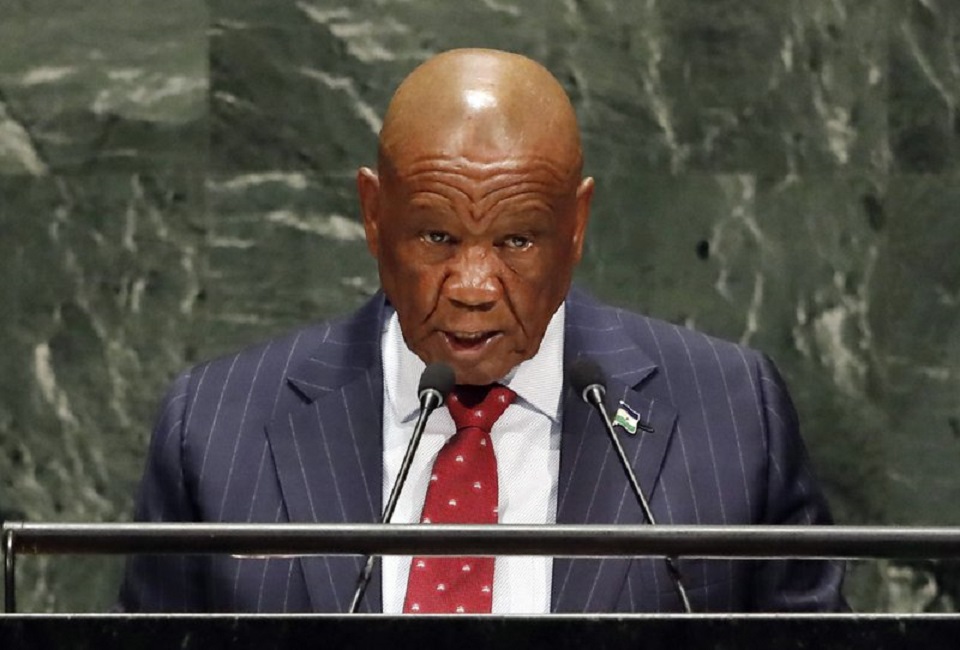 MASERU, Lesotho, Feb 20: Lesotho’s Prime Minister Thomas Thabane will be charged with the June 2017 killing of his estranged wife, Lipolelo, a top police official said Thursday, and the prime minister announced he would be stepping down.

The southern southern African kingdom already has watched, shocked, as the prime minister’s current wife, Masesaiah, was charged earlier this month in the murder after briefly fleeing the country.

Deputy Commissioner of Police Paseka Mokete said the prime minister will appear at the Maseru Magistrates Court on Friday “to face a murder charge in connection with the killing of Lipolelo Thabane.”

Lesotho’s 80-year-old leader also will face an attempted murder charge in connection with the shooting of another person who was with his wife at the time, Mokete said. He said police investigations were complete and more people soon will be charged.

Thabane will become Lesotho’s first sitting prime minister to be charged with any crime. His current wife is out on bail and will next appear in court on March 17.

Lipolelo had been estranged from Thabane, who had filed for divorce when she was shot dead near her Maseru home on the night of June 14, 2017. Her friend, Thato Sibolla, who was travelling with her in the car, escaped with gunshot wounds and has since fled to neighboring South Africa in fear for her life.

The attack occurred just two days before Thabane was sworn in for his second stint as prime minister.

It was not until January that Police Commissioner Holomo Molibeli filed court papers declaring that Thabane was a suspect in the killing. Thabane unsuccessfully tried to oust the police commissioner. Thabane also sought to get immunity for him and his wife for the killing of his ex-wife, Molibeli said.

Thabane in a statement Thursday said he will step down “with effect from the end of July this year, or at an earlier date if all the requisite preparations for my retirement are completed before then.” He said he communicated the message to King Letsie III, and a few days ago he visited South African President Cyril Ramaphosa to formally inform him of his decision to retire.

The All Basotho Convention, Lesotho’s ruling party, has been pressing Thabane to step down immediately, saying he cannot stay in office with the murder charge hanging over his head.

Lesotho’s parliament is to open Friday, and the ABC party wants him to step down before then or face a challenge in parliament, party spokesman Montoeli Masoetsa said.

Iraqi prime minister to resign in wake of deadly protests