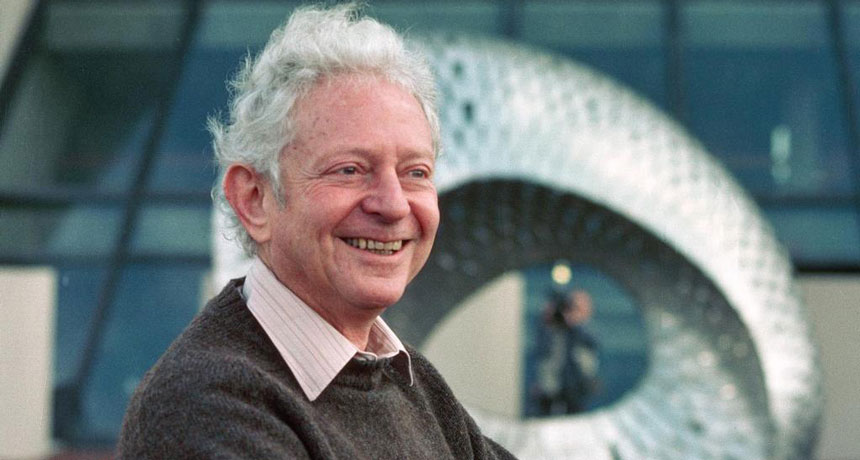 WASHINGTON, Oct 5: Leon Lederman, a major figure in physics who won the Nobel Prize for discoveries that broadened the understanding of subatomic particles that are considered the building blocks of the universe, and who became a passionate voice for science education, died Oct. 3 at a care facility in Rexburg, Idaho. He was 96.

His death was announced by the University of Chicago, where he had been a professor. He had dementia, according to reports from 2015, when Dr. Lederman and his family sold his Nobel Prize gold medal for $765,000 to pay medical expenses.

Dr. Lederman had key roles in discovering two subatomic particles — a neutrino and a quark — which greatly enhanced scientists’ knowledge of the composition of matter. His findings have been incorporated into a theory describing elementary particles and their forces, which scientists call the “Standard Model.” It is considered the foundation of modern physics.

In the title of his 1993 book, Dr. Lederman coined a phrase — “the God particle” — as a shorthand description of the Higgs boson, a then-theoretical subatomic unit that physicists believed could unlock the mysteries of nature at the most basic level. Dr. Lederman’s early discoveries proved crucial to scientists who finally identified the Higgs boson in 2012.

“His work was imaginative,” Edward “Rocky” Kolb, a University of Chicago astrophysicist, said in an interview. “Occasionally, people are lucky. But several times he made major discoveries, and when that happens, it’s more than luck.”

After winning the Nobel Prize in 1988, Dr. Lederman stepped down as director of the country’s largest particle accelerator, the Fermi National Accelerator Laboratory, or Fermilab, in Batavia, Ill., which is operated by the University of Chicago under contract with the federal government.

He then concentrated on teaching and launching programs to broaden science literacy. At the University of Chicago and later at the Illinois Institute of Technology, he taught freshmen and introduced a course called “physics for poets,” aimed at students majoring in the humanities.

Sometimes called the “Mel Brooks of physics,” Dr. Lederman was known for his humor and engaging lecture style. (“I’m so old,” he said when he won the Nobel, “I can remember when the Dead Sea was only sick.”) He brought an innovative spark to science beginning in World War II, when as a soldier he helped develop the Doppler radar.

“It was a cruel blow when I got caught speeding years later with a Doppler radar gun,” Dr. Lederman told Smithsonian magazine in 1993, “and the judge didn’t care when I explained that I’d helped create the thing.”

The discoveries that led to Dr. Lederman’s Nobel Prize came in the early 1960s, when he was a professor at Columbia University. With several colleagues — two of whom, Melvin Schwartz and Jack Steinberger, shared the Nobel with him — Dr. Lederman worked on experiments at a particle accelerator on Long Island, N.Y. (Part of the accelerator consisted of a 40-foot-thick steel wall built from scrapped battleships.)

In the experiments, Dr. Lederman and his colleagues sent protons in motion at extraordinarily high rates of speed, hurling them into a block made of beryllium metal. The particles shattered into still-smaller units of matter. One of them was a previously unknown substance called a muon neutrino, which had different properties from other neutrinos.

“Most people at the time did not believe in two neutrinos, so the discovery was a shock,” Harvard University physicist and Nobel laureate Sheldon Glashow told Science magazine in 1988. The experiment “was the birth of a whole new way of doing high-energy physics.”

Dr. Lederman made another major advance, in 1977, when he led a group that first observed another subatomic particle known as the bottom quark, or sometimes the “beauty” quark. It was the fifth quark to be discovered, leading to speculation that there must be a sixth because quarks always come in pairs. The corresponding “top quark” was discovered in 1995 by scientists at Fermilab, where Dr. Lederman previously worked.

Leon Max Lederman was born July 15, 1922, in New York City. His parents, who were Jewish immigrants from Russia, ran a laundry.

Dr. Lederman showed an early interest in science and was inspired by an older brother who tinkered at home. After graduating in 1943, from City College of New York, where he majored in chemistry, Dr. Lederman served three years as an officer in the Army Signal Corps.

In graduate school at Columbia, he received a master’s degree in physics in 1948 and a doctorate in 1951. He taught at Columbia until 1979, when he became director of Fermilab in Illinois.

In 1991, Dr. Lederman became president of the American Association for the Advancement of Science and for years was a powerful advocate of science and education. He lobbied for the creation of the Superconducting Super Collider in Texas, which was abandoned in 1993 because of budget cuts. As a result, the world’s most powerful particle accelerator is in Europe.

STAVANGER, Oct 1: Nobel Prizes are the most prestigious awards on the planet but the aura of this year’s announcements... Read More...