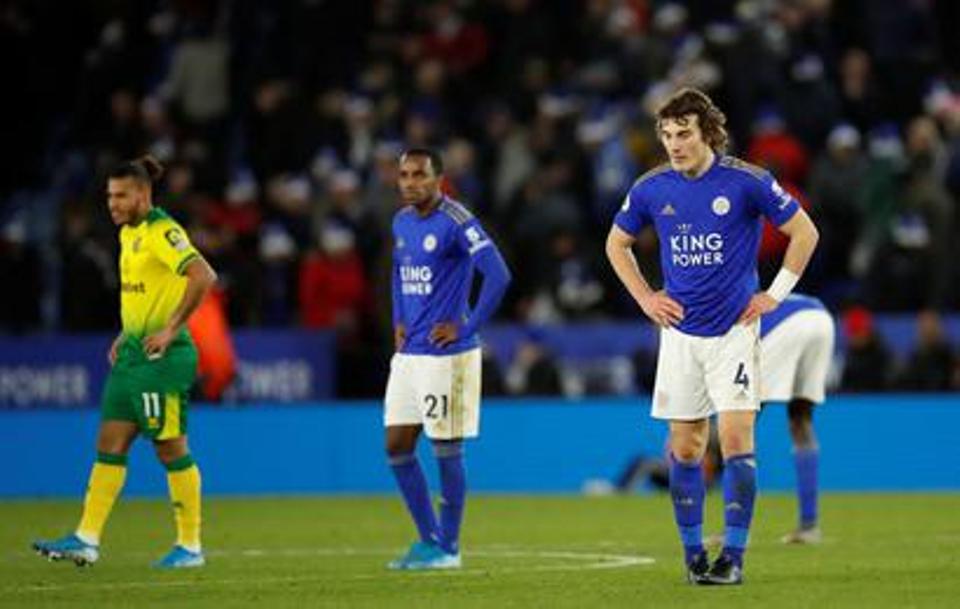 KATHMANDU, Dec 15: Having won their last eight league games, nine including victory in the Carabao cup over Burton Albion, a run which has seen them overtake reigning champions Manchester City and emerge as Liverpool's chief rivals in the race for the English Premier league title.

Therefore, it came as a major shock when the foxes slipped to a 1-1 draw against struggling Norwich city. Trailing after a fine finish from Norwich’s Finnish ‘hitman’ Timu Pukki, who recently seems to have rediscovered his scoring touch in front of goal after suffering a drought recently. The draw did not lift the Canaries from the relegation zone, but could provide them with the much needed impetus ahead of the crucial holiday period, which could make or break their season.

It is probably a fault of their own success recently that even a draw is considered a major upset for the foxes, perhaps it is the fact that Liverpool do not seem like dropping that many points themselves but despite having picked up 25 of the last 27 points on offer to them, they sit 10 points adrift of the league leaders with a mountain to climb if they are to wrestle the title away from the merseysider’s grip.

In the other fixtures to be played at the same time, Chelsea lost 0-1 at home to struggling Bournemouth, Which was the Cherries first win after 5 straight losses in the league. The Cherries secured the win after a Delicate over the head lob-volley by Dan Gosling towards the end of the game. That win takes Bournemouth to 14th in the league table 4 points off the relegation places, while it stalls Chelsea’s impressive recent run under Frank Lampard and keeps them in 4th place 4 points above Sheffield United who moved up to 5th place after a impressive 2-0 win against an inform Aston Villa side that struggled to find its recent impressive game play on the day.  That gap could be further dented if Manchester united, Wolves or Tottenham win their games on Sunday.

In the other two fixtures of the day Burnley secured an impressive 1-0 victory over a resurgent Newcastle team, thanks to a goal from Kiwi striker Chris Wood. The win takes Burnley to within one point of their visitors to 21 points and 12th in the league.

In the late kick-off for the day Southampton hosted West Ham United. The Hammers managed to relieve some of the pressure off of under fire manager Manual Pellegrini, with a hard fought one nil victory at the St. Mary’s stadium. New signing Sebastian Haller was on the score sheet for the hammers. The win takes them to 15th place and 4 points off the Saints who currently occupy the last relegation spot.

Three other games are scheduled on Sunday. Manchester United will host Everton and Tottenham Hotspur will visit Molineux to take on Wolverhampton Wanderers, both games will kick-off at 19:45(NST). The late game on Sunday will See Struggling Arsenal take on the defending champions Manchester City at home 22:15(NST), hoping to turn their season around. While Crystal palace host Brighton in the last game of the weekend on Monday night.