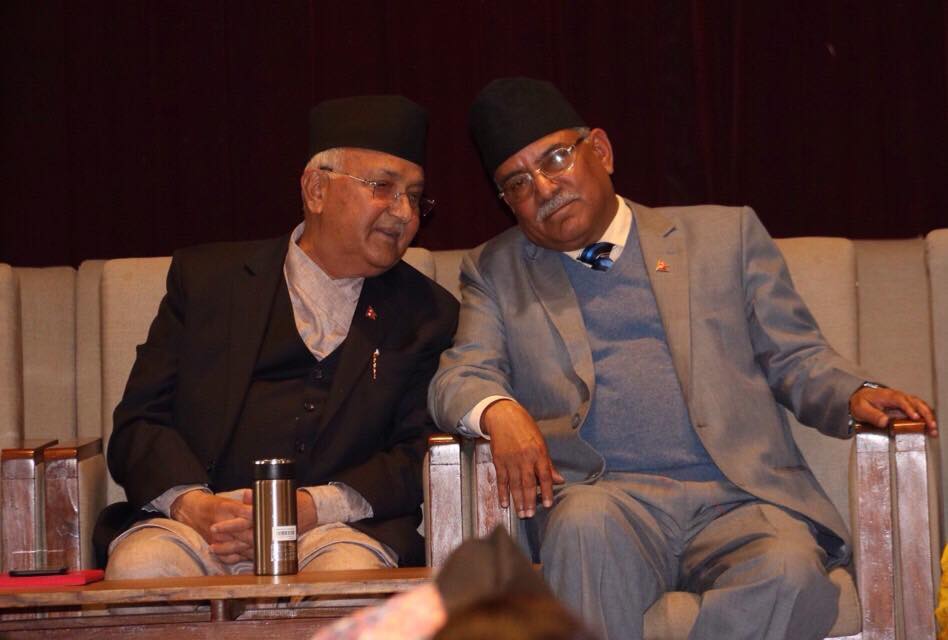 During the programme, Prime Minister and chair of UML, KP Sharma Oli urged parliamentarians to prioritize development, Surya Pathak, a parliamentarian said. “You have been entrusted to ensure the country’s development and you should focus on it. No one should carry files urging for transfers and appraisal of government staff,” Pathak quoted Oli.

Former speaker Subash Candra Nembang urged parliamentarians to gracefully shoulder their responsibilities. In addition, he urged full representation during assemblies as it was critical to debate on crucial issues and shape the country’s development.

“In the past, full presence of parliamentarians had obstructed and delayed various decisions and we must not repeat the same again,” Nembang said.

In addition, Oli informed that the two leftist forces would unite soon and hence, collaborations between parliamentarians of both parties must be strong.

Dahal echoed Oli’s words as he said that while the two parties looked different ‘technically’, both would be one soon.

The meeting of federal parliamentarians is scheduled for March 5 at the International Conference Center at 4 PM.