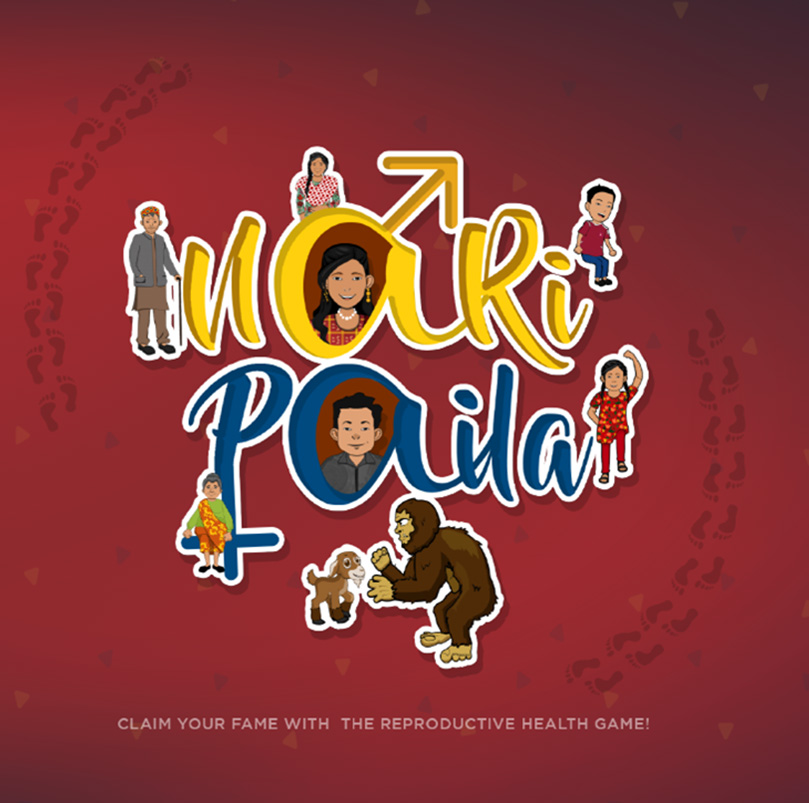 The Nepali game app Nari Paila is all about busting myths, setting facts straight, and educating the masses in a fun way. A product of Edutainment, a newly coined term that converges entertainment with education for cohesive learning, Nari Paila mobile games are some of the first progressively educative games concerning reproductive health in Nepal.

Nari Paila was developed as a response to the success of project Pragati. Launched in the year 2014 and continuing till the end of 2015, project Pragati was carried with the aim of making the masses aware about reproductive health and helping to increase acceptability of family planning devices. Bajura, Pyuthan, Rupandehi, Nuwakot and Siraha were targeted.

Naramaya Limbu was in charge even back then as he is now. Limbu says that they wanted collaborative learning when imparting knowledge on reproductive health. Therefore, a set of physical games including Hopscotch, Son/Daughter game, Matching game and the likes were devised. Tailored to suit rural Nepali settings, these games simplified information dissemination and did it with the purpose of making it fun.

With the use of easily reproducible materials, and small focus groups, Pragati gained traction in municipalities and it’s been estimated that hundreds of thousands of people have played the physical games. One request that was common in most places was to have it on accessible digital platform and this is where the idea of turning the physical games into a mobile one came into being.
Set across four prominent landmarks in Nepal (Pokhara, Kathmandu, Mt Everest, and Chitwan) the player travels through Nepal acing each level. Accompanied by Sani and Ramu, the game’s protagonists and their extended families, the game plays out in a narrative that takes the family through a journey beginning in Pokhara to finally Chitwan.

“We wanted the games to feel personable. Rather than Nari Paila being just a one way street of giving information we decided that including characters and injecting a storyline would make the games more interactive and enjoyable,” shares Limbu, one of the two project directors. Limbu and Khem Narayan Pokhrel collectively oversee Nari Paila.

In addition to Sani, Ramu and their families, two more characters, Bakhri and Yeti, play antithetical roles in the game. Bakhri is the wise, all knowing character who gives relevant and correct information regarding reproductive health all the while dispelling myths spread by the Yeti. Yeti, on the other hand, is the culmination of all wrong beliefs regarding reproductive processes and menstruation pervaded by the society. The trick here is to identify the myths, separate them from the truths and discover why.

Nari Paila can be played in both Nepali and English. With voiceovers (available in both Nepali and English), a storyline that follows characters, and reward points, Nari Paila was received with great enthusiasm when tried out with school level children. With over ten thousand downloads already to account for, the PR team behind the game (Max L’agence) is hard at work in getting the game more mainstream buzz.

Four games make up the Nari Paila set and each have a different reproductive health aspect to explore: Fertility cycle, menstrual hygiene management, sex determination before birth, and distinguishing between myths and truths tied to reproductive health.

The first is Nari Paila Cycle that uses wheels to denote the fertile, infertile and semi fertile days in a woman’s menstrual cycle. The idea is to clarify the days in which she can conceive and days in which she can’t and understand why. Nari Paila MoHiM is next. Here players use a basket to collect pads, tampons, cotton wipes and the likes. By avoiding other objects that come their way (newspapers, dirty cloth pieces), players distinguish between the hygienic menstruation supplies and the non-hygienic ones.

Then follows Nari Paila Surprise, a slingshot loaded with either apples or white balloons. The apples and balloons denote the two sets of chromosomes that determine the sex of the child. The message is simple – that sex determination is a matter of chance just as getting either an apple or a balloon on the slingshot. Finally, Nari Paila Myth Busters conclude the game. Played like a jigsaw puzzle, the game separates facts from myths and gives a brief of all kinds of family planning devices available in Nepal.

All of Nari Paila’s games were conceptualized as a result of interacting with various community leaders, health specialists, and designers. “We put a lot of thought into how we could make learning simpler. The games aren’t ideas born out of just one individual. We sat together with communities and discussed the most effective ways to reach out to them. We hope to take this even further and create a larger impact in the future,” concludes Limbu. 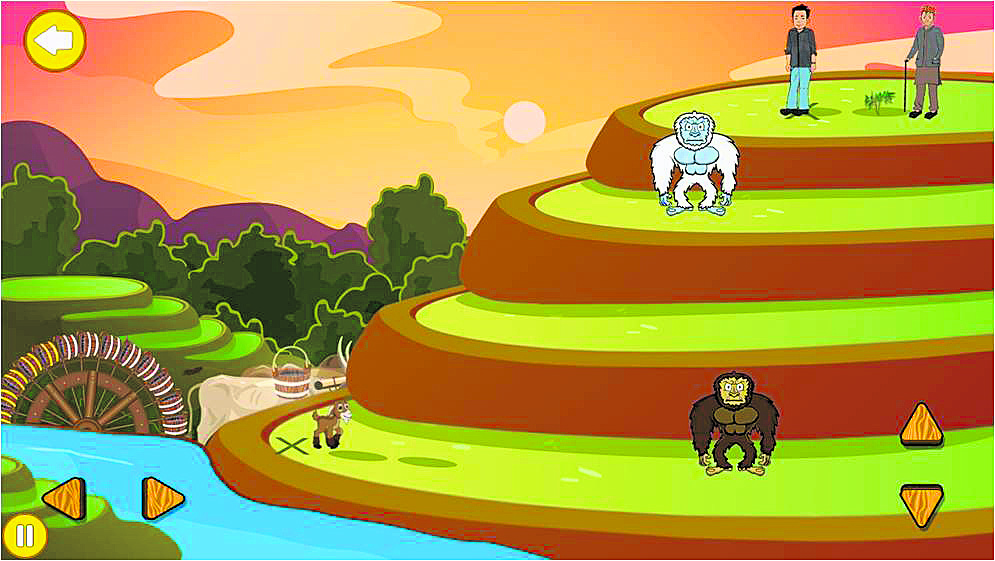 KATHMANDU, June 3: The government is likely to present a bill relating to the reproductive health before the Legislature-Parliament within... Read More...