Leader Gautam insists on seriousness for implementation of constitution 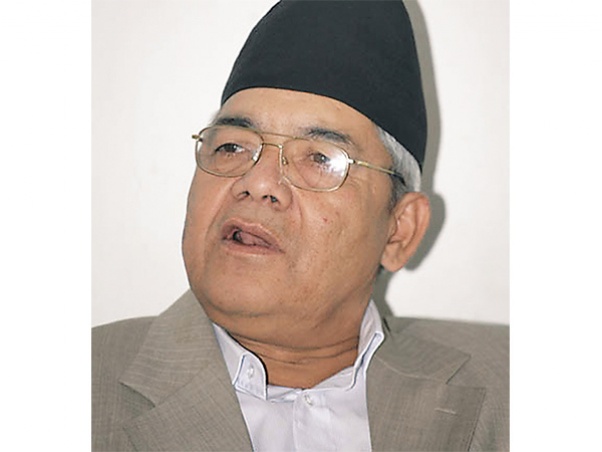 PYUTHAN, Nov 18: CPN-UML vice-chairman Bamdev Gautam has stated that all the political parties should be serious towards enforcement of new constitution.

Addressing the cadres training and awareness program organized today by CPN-UML Pyuthan Chapter in Swargadwari in Pyuthan today, the former Deputy Prime Minister argued, "At this point, the political parties should be more concerned about bringing into effect the new national charter than amending it."

Pressing for timely elections at local, provincial and central level, Gautam forewarned that the crisis could befall the county if the elections were not held by February, 2018.

Earlier, leader Gautam made an on-site visit to under-construction Chalnetar Airport at Chalnetar in Bajibang in the district. RSS

KATHMANDU, Sept 10: Minister for Urban Development Arjun Narsing KC has argued that it was the responsibility of all political... Read More...