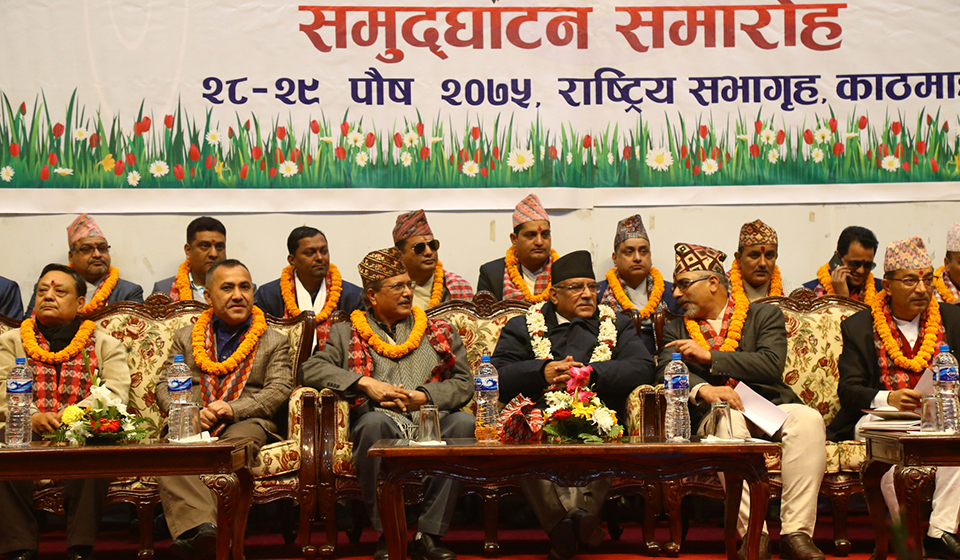 KATHMANDU, Jan12: Nepal Communist Party (NCP)'s chair Pushpa Kamal Dahal has pledged to do his best (on his behalf) to formulate a national book policy and bring it into practice effectively.

The former prime minister insisted that a policy with a broader concept was essential for the publication, printing and distribution of books. He was of the view that special attention of the State was needed towards that end.

According to him, past efforts to bring such policy became unsuccessful due to various reasons.

In his address to the fifth National Convention of Federation of Nepal Books and Stationery Business here today, he said how to publish and distribute books should be the major concern of the State. "In integrated and centralized policy is required for so."

Though customs is free in the import of books, high tax in the purchase of printing materials from outside is his concern. Stating that there was the Bhrikuti Paper Factory in the past to produce papers required for the publication of books at home, the former Prime Minister said with the privatization of the industry, books and stationeries started facing difficulty and became dependence on paper supply. But, he took a time to say that the nation could not find a way towards prosperity in the absence of promotion of private sector.

The public-private-cooperative model of development should be enforced effectively, he asserted.

As he claimed, people do not judge the government on the basis of its political color, but it is evaluated for its outcomes or what it did for the people.

Also speaking on the occasion, Nepali Congress spokesperson Bishwa Prakash Sharma applauded the contribution of book entrepreneurs in cultivating the culture of study. Stating that the NC was positive towards the development and promotion of private sector since the beginning and such effort would continue in the future as well.

The conference will conclude tomorrow, electing new leadership for the Federation and issuing the Kathmandu declaration. RSS