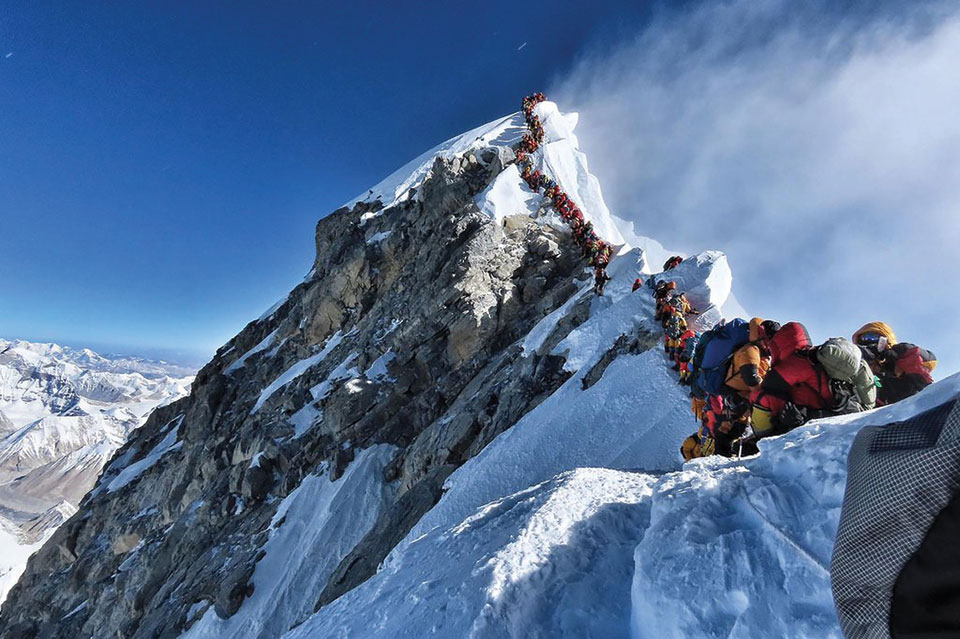 To try something so challenging and risky, you must really love adventures and you must love to challenge yourself to the extreme

I recently had the opportunity to attend a Tostmasters gathering where members learn to master the art of public speaking. I was mesmerized by the attentions to the details, the way the sessions were structured and delivered and the overall level of professionalism. Toastmasters is much more than just a platform for public speaking. It can be one of the best ways to boost your self-confidence and challenge yourself to become better. During the event, I heard impressive speakers who were so good they could have easily won a spoken poetry competition. I am sure that these speakers had to put loads of hours in finding a compelling story to tell and then they had to use their best creativity to figure out how to present it in a catchy and engaging way.

To become a public speaker, you need to work hard, push yourself through consistency and literally feel the pain of daily deliberate practice. By default by indulging yourself in such exercises, you do not only learn how to speak in public but you come to learn more about yourself. By learning about effective communication tools, you can also be able to influence people. Communicating effectively can help you win over your boss, persuading her about the strengths of your proposal or about the fact that you deserve an increase.

Moreover by mastering the art of communication and public speaking, you can be an agent for the common good, helping mobilizing people to achieve goals that can improve the society.

At the same time the opposite is also true. One can use the mastery of public speaking for the worst, manipulating people to follow irrational behaviors and commit atrocities. The 20th century saw quite few of these “worst practices.” You might also believe that public speaking and effective communication are the launch-pad for leadership.

Understanding leadership
Kevin Kruse, a well-known public speaker and leadership expert, defines leadership as a “process of social influence, which maximizes the efforts of others, towards the achievement of a goal”. Jay Lorsh, a Professor at the Harvard Business School, thinks of a leader as “an individual who influences others to follow him or her”.  According to this thinking, being able to communicate effectively brings tremendous opportunities and with that incredible amount of power.

To cement the links between effective communication and leadership, Center for Creative Leadership (CCL), one of the most authoritative leadership training providers, considers communication as one of the “fundamental 4” competencies that every leader needs with the remaining being self-awareness, influence, and learning ability.  You can see a continuum from self-awareness to the ability to communicate to the capacity to influence.

Yet for me leadership is much more than that. Commonly people think of a leader of someone successful, someone recognized and acclaimed. With exercising leadership comes a mass of followers therefore justifying the importance of investing in public speaking. Following the same logic, you call a politician or business person or the CEO of a big company a leader but you do not think the same of a street fruit seller.

John Wooden, one of the most winning coaches in the history of basketball, always considered himself first as a teacher and second as a coach.  You should not be surprised that Coach Wooden, who passed away in 2010, never ever accepted multibillion dollar offers to shift to the professional National Basketball Association (NBA) but rather kept enjoying coaching the University of California, Los Angeles (UCLA) team where he helped producing several great champions, including Kareem Abdul-Jabbar.

Excluding camps and speaking engagement, Coach Wooden never made more than $35,000 a year. The truth is there is not only a misguided focus on leadership but also a wrong understanding of it. Definitely breaking new records and achieving new goals are essential. Personal progress comes only from striving to break some new ground.  Yet achieving something should not be seen as the goal itself.

Setting the record
For example, in the recent days, ten persons have died while trying to climb Mount Everest. For some of those who died the cause was the “traffic jam” on the way up and down from the highest mountain. I am wondering a lot about what all these people trying to climb the Everest want to achieve and what their motivation is.

To try something so challenging and risky, you must really love adventures and you must love to challenge yourself to the extreme. There is nothing wrong with this. Kami Rita Sherpa broke new records for climbing the Everest twice within a week. Nirmal Nims Purja, an ex-British Gorkha, climbed six among the highest mountains, including the Everest in one week and he is going to set new climbing records in the near future through his Project Possible.

Admiration and awe are the only words I can find when I read such stories but Sherpa and Purja are outliers, perhaps exceptions. While there are bold examples of breaking new records and push the boundaries and inspire millions of people, we should not lose a larger view of what achievement means and true meaning of leading. For those who are thinking about setting extreme goals, I would like to say something: go ahead if your determination is so strong and if attempting such goals is the main way of defining who you are. At the same time ask yourself why. Do you really need something so risky, so adventurous to find personal satisfaction and peace? Do you need to climb the Everest to prove yourself?

There is a clear difference from extrinsic and intrinsic motivation with the former driven by externalities like an award, a better salary or simply recognition and admiration and the latter deeply embedded in the way you are. Sara Milne Rowe, the top performance coach, is right when she says in her book The SHED Method: Making Better Choices When It Matters that performing “lies at the heart of becoming better”. What counts is that you strive to become better for yourself rather than for others.

It all starts within yourself and that’s why I love the concept of self-leadership, leading meaningful and satisfactory lives, following your own set of goals, no matter how important they are for others. You can be competitive in many ways, including by carrying out your work in the best of your capacities, even if it lacks prestige or a satisfactory remuneration. You can do this by following positive values, working ethically, following the rules even when others do the opposite. Joining Toastmasters or setting ambitious goals are great ways to improve the self.

Do not do these just in order to become more visible, recognized or simply more respected.

The author is the Co-Founder of ENGAGE, an NGO partnering with youths living with disabilities
simone_engage@yahoo.com

KATHMANDU, March 8: In an attempt to ease traffic snarls on Everest during peak climbing season, the Ministry of Culture,... Read More...