Lawmakers sworn-in as members of Federal Parliament (With pictures) 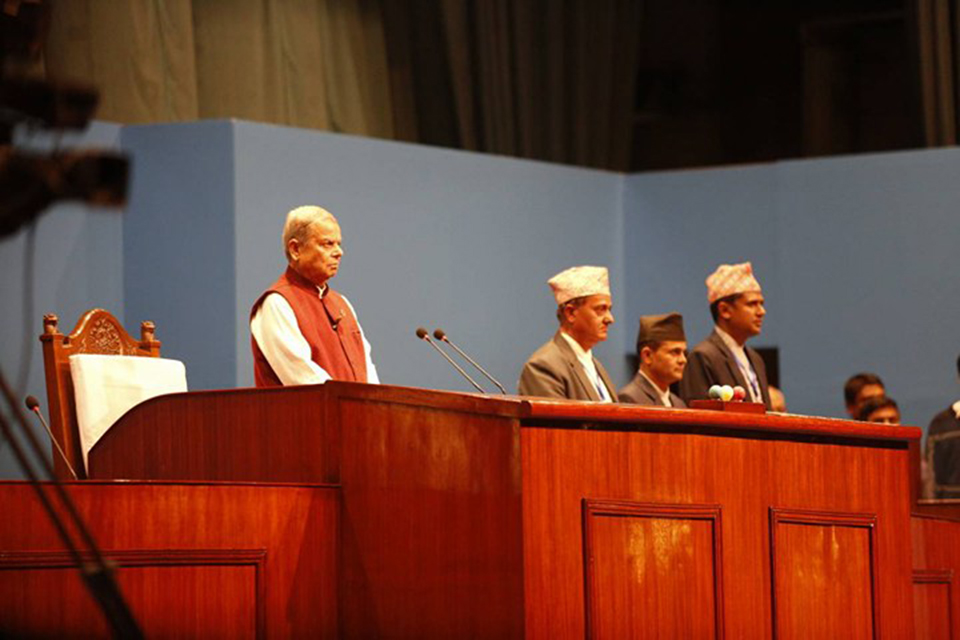 KATHMANDU, Mar 4: Lawmakers, who were elected in the election of Federal Parliament have been administered the oath on Sunday afternoon.

Resham Chaudhary from RJPN, who is accused of Tikapur incident and is currently in police custody, did not attend the ceremony.

President Bidya Devi Bhandari on February 19 had summoned the first ever meeting of the Federal Parliament on March 5 as per Article 3 (1) of the constitution.

The Federal Parliament constitute of 275 members, directly elected and those elected on basis of proportional representation system. 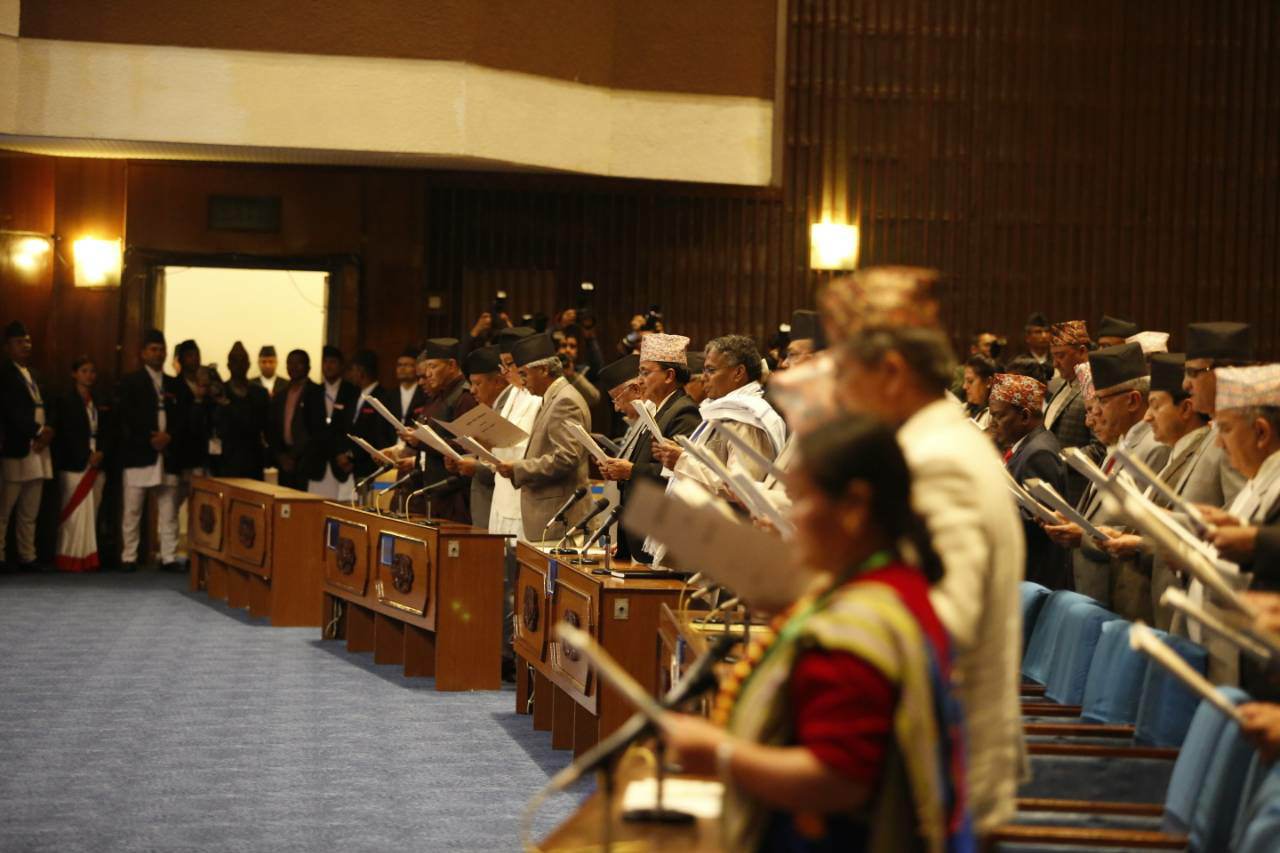 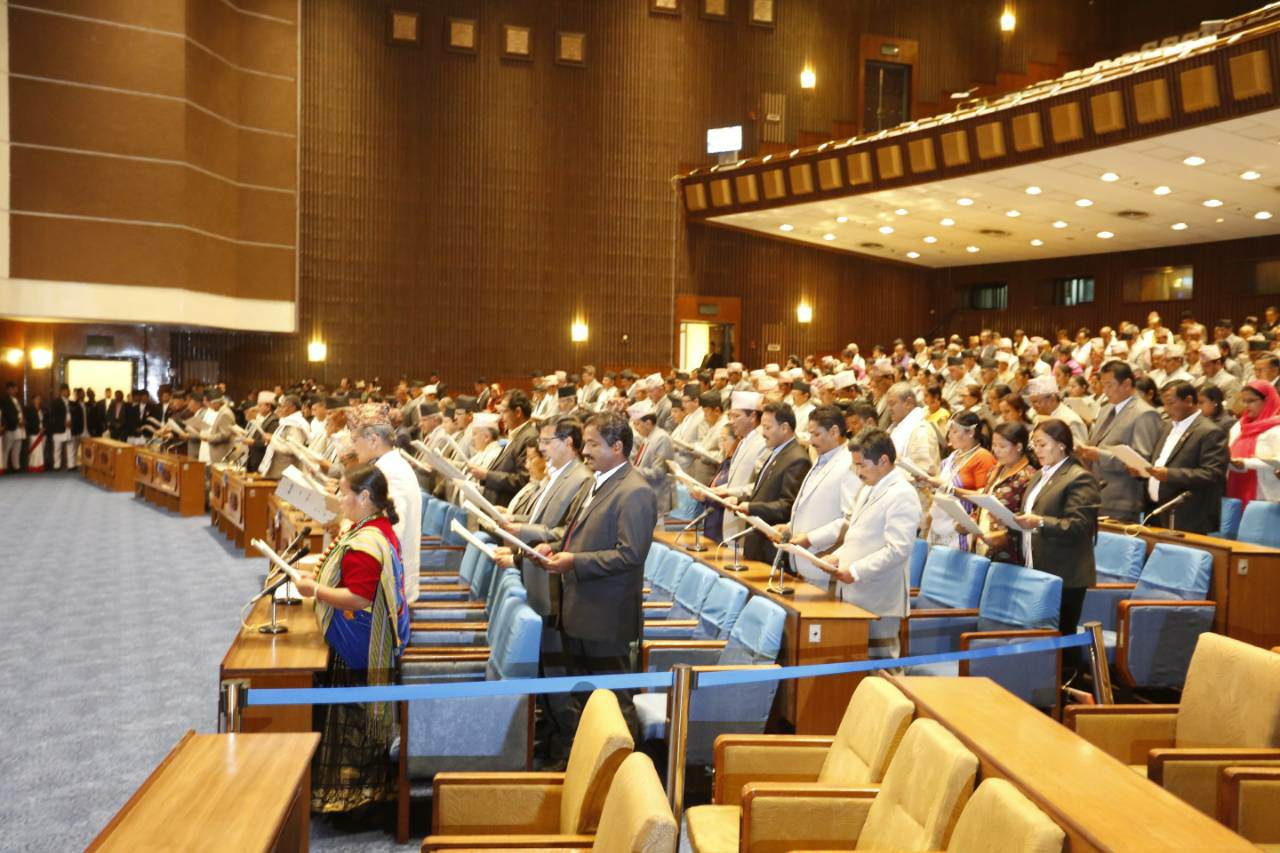 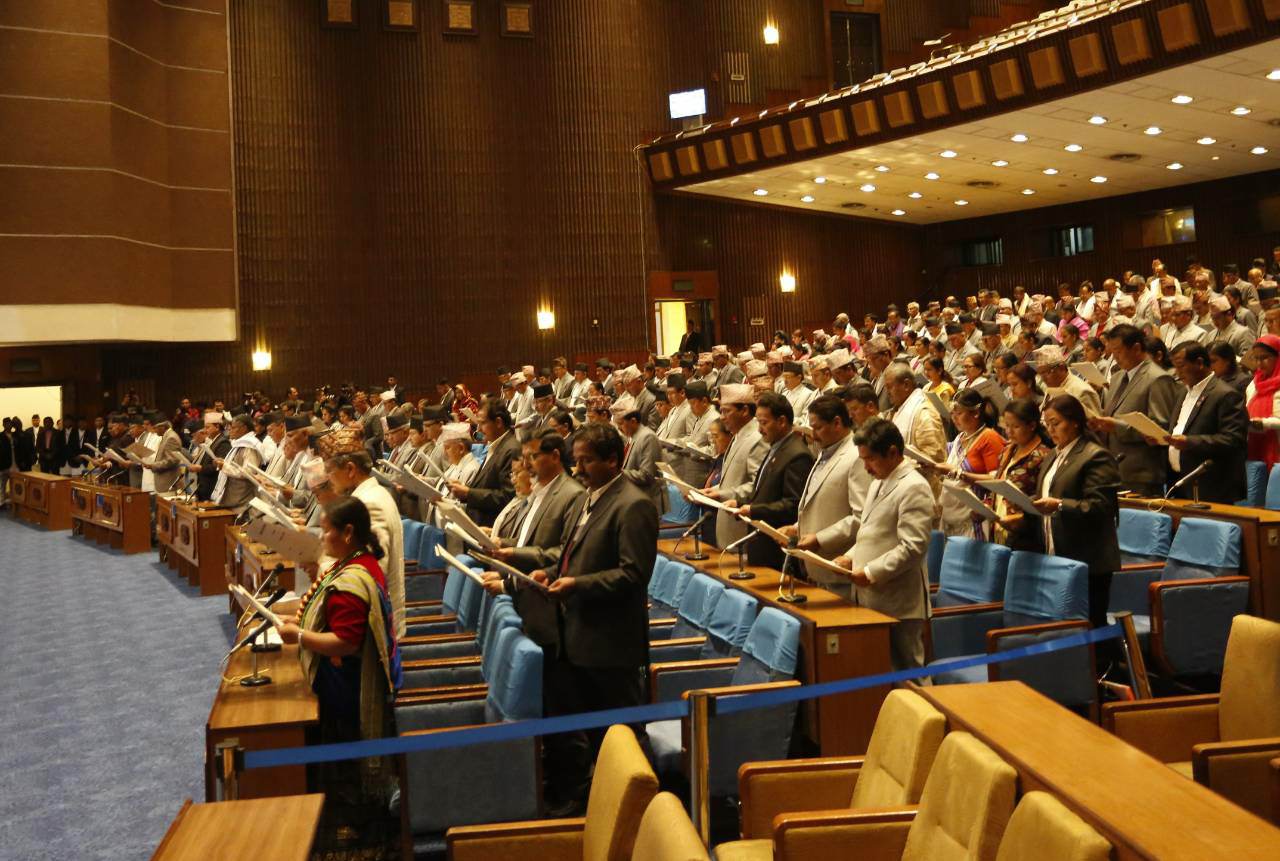 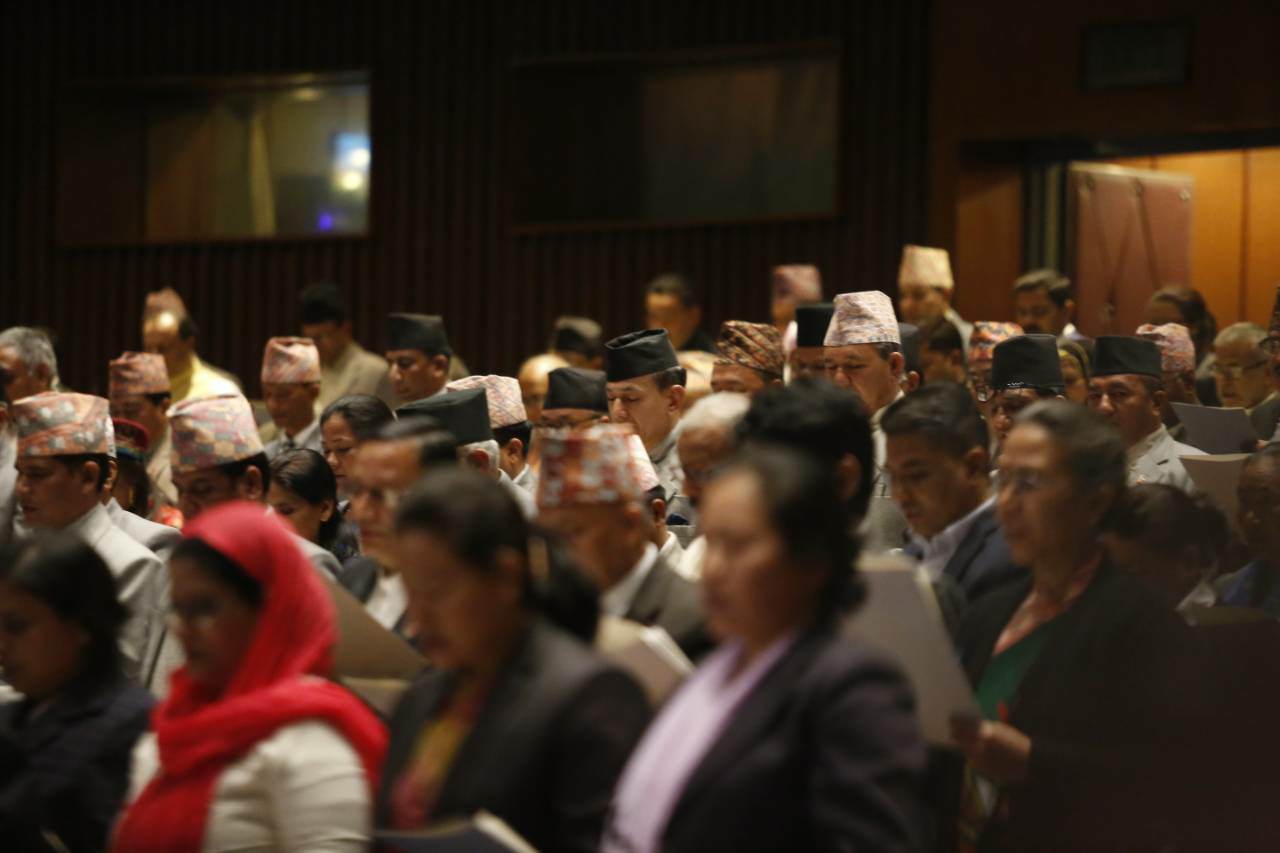 KATHMANDU, Mar 13: A total of 18 members of the federal and provincial parliaments were absent from today's election of... Read More...