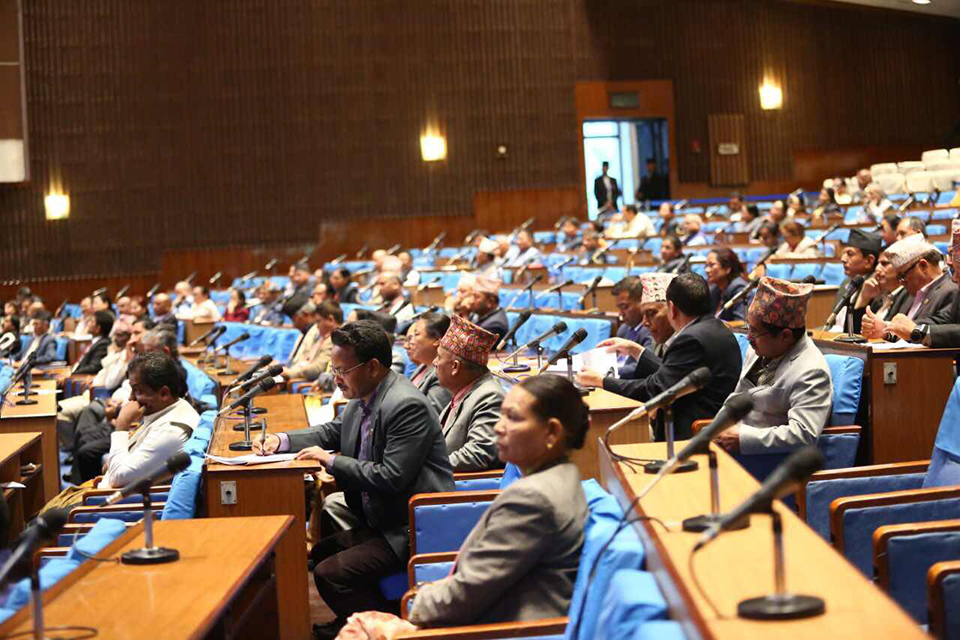 KATHMANDU, June 20: During the zero hour of today's meeting of House of Representatives, Bharat Kumar Shah of the Nepali Congress demanded the government to withdraw bills related to media council, security council, information technology and human rights, brought against sentiments of the constitution.

Similarly, Bhairab Bahadur Singh drew government's attention to provide compensation to the families of the deceased of Bajhang jeep accident that took place on Monday while Maina Kumari Bhandari drew the attention of the government to resolve the problem of menace of monkey in different districts.

Lawmaker Mohan Baniya demanded to expand Karnali high-way in two-lane. Likewise, Yagya Raj Sunuwar demanded action against contractors as construction of 80-meter bridge at Mandra rivulet of Okhaldhunga district has not been completed since years.

Saying all the people travelling in the jeep that was plunged into Karnali river at Kharpunath rural municipality of Humla district, are still missing, Rangamati Shahi demanded to provide means and resources to carry out search for the missing. Likewise, Ram Bahadur Bista demanded to withdraw the vacancy announced by Public Service Commission as it was announced against inclusive theory and Renuka Gurung demanded resignation of Finance Minister, saying lawmakers have been discriminated in development budget.

KATHMANDU, Aug 31: Following public criticism, lawmakers pushing an amendment to the  election law that would allow those convicted of corruption... Read More...