They have handed over an eight-point memorandum to party Chairman Madhav Kumar Nepal and also demanded a meeting of the parliamentary party. Ram Kumari Jhakri, Birodh Khatiwada, Prem Ale Magar and Krishna Kumar Shrestha are among the lawmakers who submitted the memorandum to Chairman Nepal on Thursday.

·        The sudden reshuffle of the Cabinet during the budget session of the coming Fiscal Year 2022/23 cannot be considered justified and natural.

·        It is not right for the party leadership to mistrust the ministers who have said they would resign through the natural process after receiving prior information for the same, and to treat them as if they were criminals over and over again.

·        The pressure on the Prime Minister to induct new ministers time and time again cannot be considered good, contrary to the conclusion made by the Chairman in the meeting of the Standing Committee that the party would implement the decision in consultation with the parties in the alliance, after the budget was passed.

·        The commitment by the ministers to quit the government after they express their views on the budget in parliament and after the budget is passed has been taken as a weakness. We are serious about such behavior.

·        The list of proposed new ministers is non-inclusive and unbalanced. We strongly disagree with this.

·       Even if the leadership's statement that we will appoint ministers alternately is true, we strongly disagree with the fact that the same treatment and criteria have not been applied to all, there is no participation of women, non-MPs and two ministers from the same district have been recommended at the same time.

·        We strongly demand that the old team be completely reorganized and the new team be recommended on the basis of balanced and inclusive principles while reorganizing the Cabinet. We also demand to convene a meeting of the parliamentary party immediately to discuss all these issues. 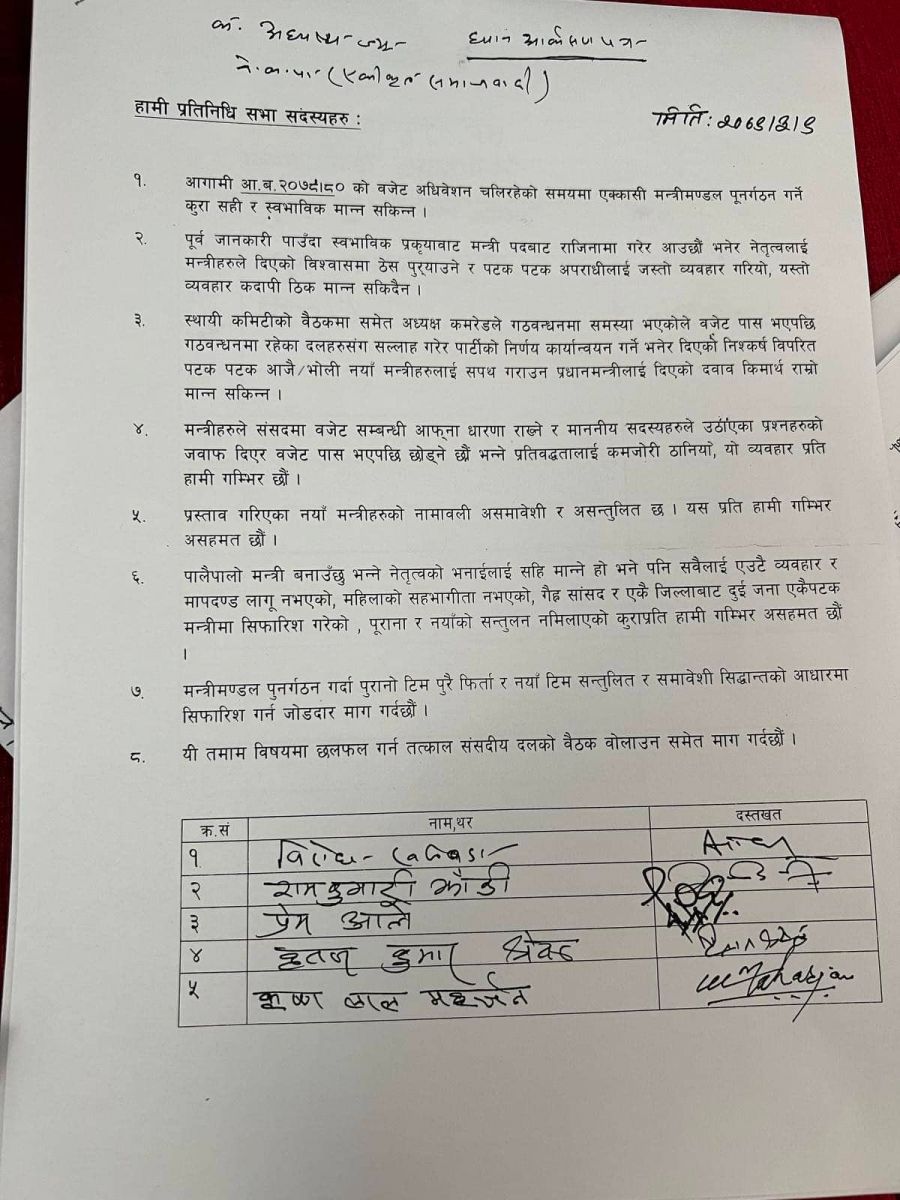 Protest against MCC at Maitighar (With Photos)

KATHMANDU, Feb 13: Members and cadres of the CPN (Unified Socialist) thronged Maitighar in Kathmandu to protest against the US-funded... Read More...