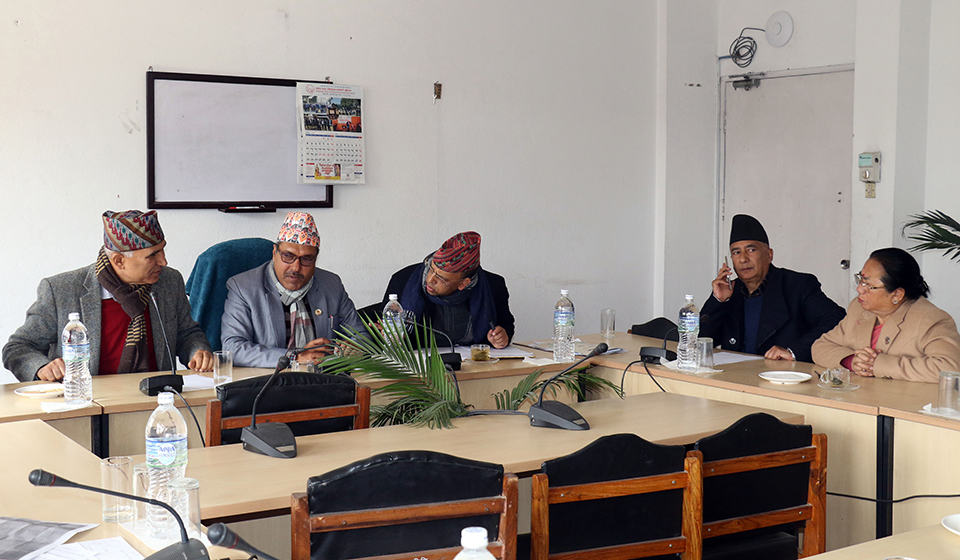 At today's meeting of the Finance Committee under the House of Representatives today called for effective expansion of NTC's 4G service. They also complained that the cost of an NTC project to develop 4G service is high.

A Chinese company has been awarded a contract to undertake the Rs 18 billion project. In this regard, they suggested consulting experts before reaching a conclusion.

Surendra Pandey, also former Finance Minister, underscored the need for the NTC to initiate the process to expand its service at the earliest. He, however, sought impartiality and quality service.

IT bill tramples on freedom of expression: Oppn MPs

KATHMANDU, Feb 23: Opposition lawmakers have demanded amendments to the Information Technology Bill, stating that it will constrain freedom of speech... Read More...

'National Pride Projects should not be delayed anymore'