Lawmakers close to Nepal-led faction of ruling UML put on hold their resignation; decide to abstain from voting in parliament today

KATHMANDU, May 10: Lawmakers close to the Madhav Kumar Nepal-led faction of the ruling CPN-UML have decided to abstain from voting in parliament today.

Prime Minister K P Oli is scheduled to seek a vote of confidence in the Special Session of the House of Representatives scheduled to begin at 1 AM today. A meeting of the lawmakers close to the Nepal-led faction of the party held at Singha Durbar on Monday morning made a decision to this effect.

The decision of lawmakers close to the Nepal-led faction comes shortly after Prime Minister Oli urged them not to take unreasonable moves in haste.

Taking to his official twitter account on Monday morning, Prime Minister Oli asked lawmakers not to take any unreasonable move in haste. “If there are any misunderstanding, differences or dissatisfaction it could be resolved through dialogues,” he further wrote. “Let’s discuss, hold dialogues and resolve the problem.”

While this will put Prime Minister Oli in further minority, the resignation of lawmakers close to the Nepal-led faction will make it easy for the opposition alliance that is struggling to garner requisite votes to oust Oli from power. The number of lawmakers who resign from the post is deducted from the existing strength of parliament to determine majority in parliament. 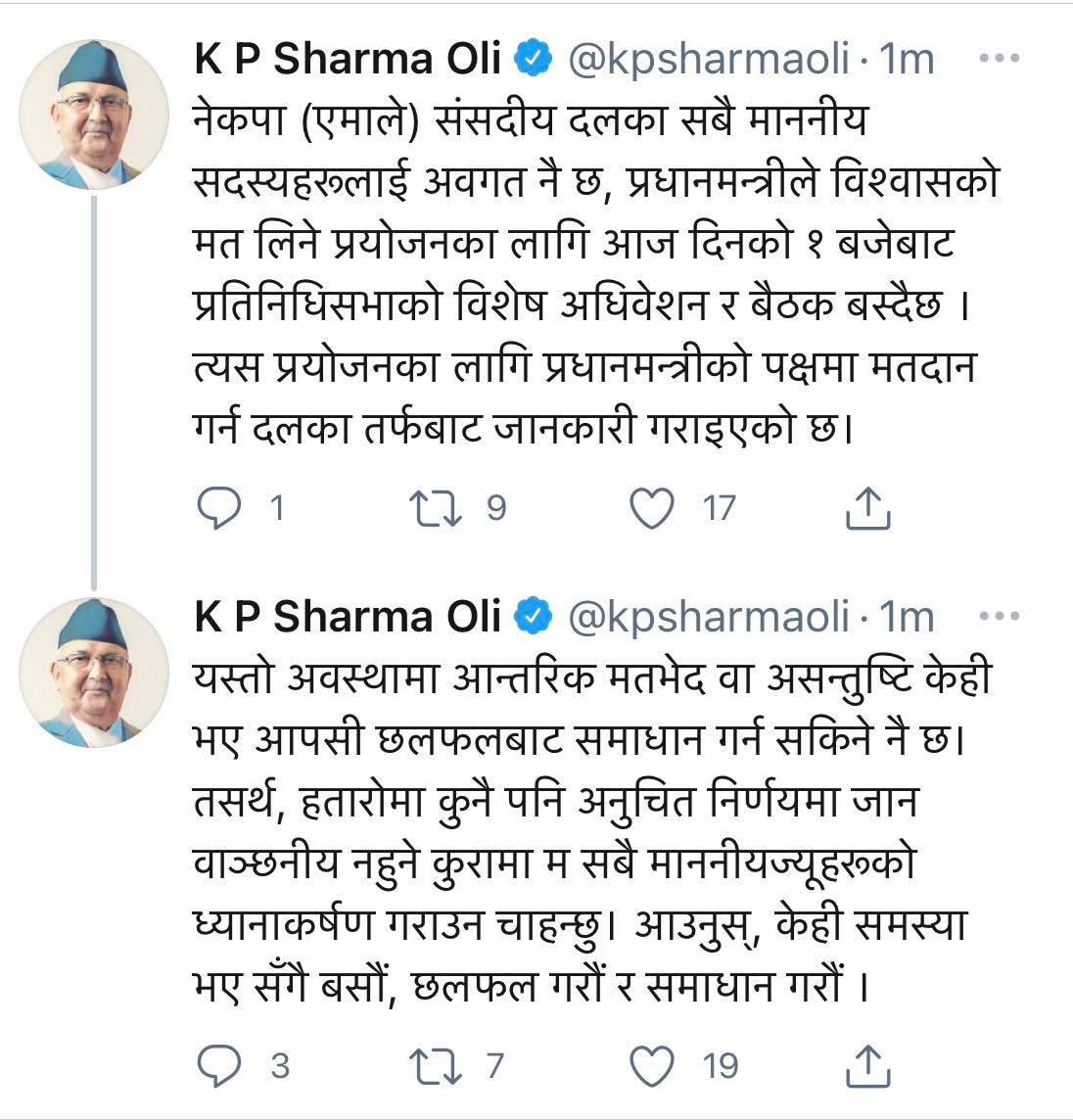 K P Sharma Oli has forcefully raised some big questions with the rival party leaders who are going to form... Read More...

Crime against Humanity
23 hours ago