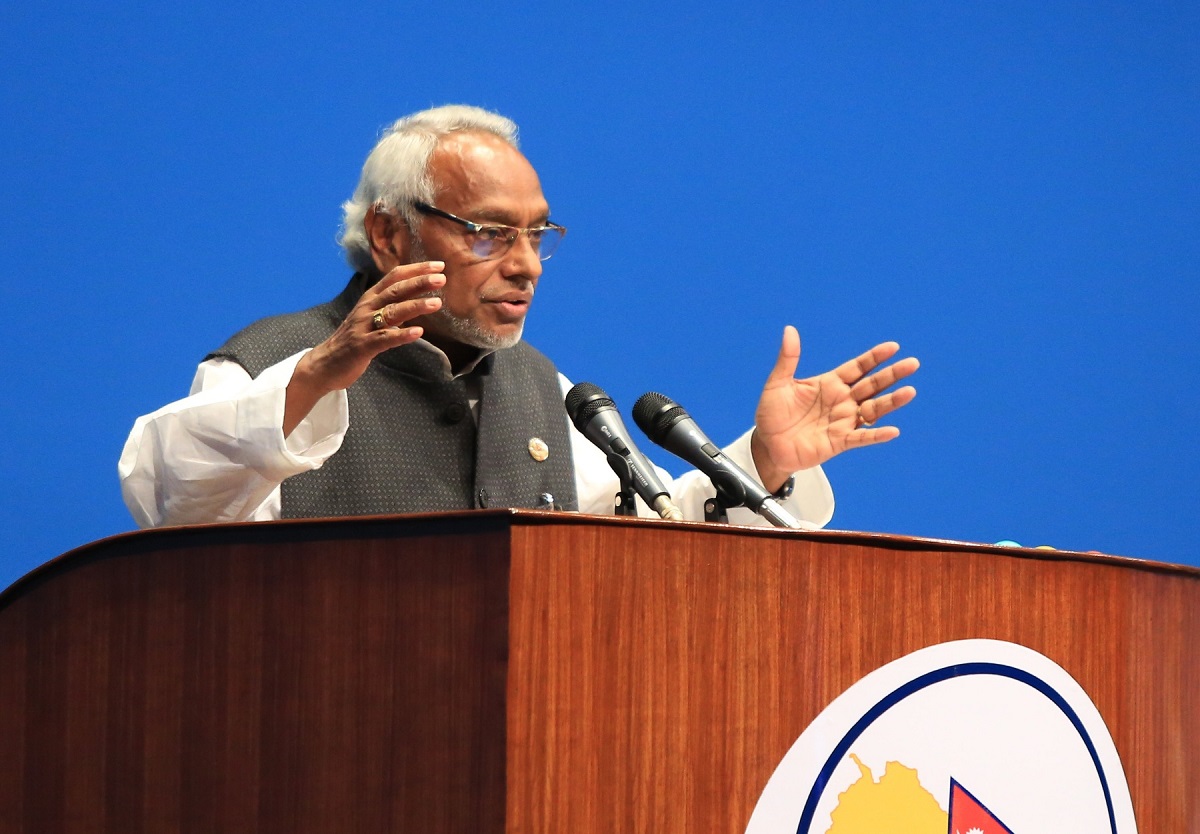 KATHMANDU, June 13: Senior leader of Janta Samajbadi Party Rajendra Mahato has urged one and all not to cast doubt on nationalism of Madhesi people.

While participating in the clause-wise discussion on the Constitution Amendment Bill on Saturday, lawmaker Mahato also requested not to term a person patriot and traitor just because s/he has different skin color. He said that people from mountain, hill and terai are committed to safeguarding the territorial integrity of the country and that they are equally sensitive to the issue of sovereignty.

Leader Mahato also expressed support of his party to the amendment Bill that brings an amendment in the schedule 3 of the constitution to include revised map of Nepal in the country's emblem. “Although we have  some reservations on the constitution, our party has decided to favor the proposal as it is an issue of our territorial integrity and nationality,” Mahato added.

Leader Mahato, however, said releasing the revised map alone is not enough. While stating that retrieving the land in real is a must, Mahato also urged the government to resolve the border issues through diplomatic means.

"Nationality does not belong to any class and caste, but to entire people. We must accept a broader perspective of nationality that is based on both land and the identity of the citizens," he further said. He also demanded action against those who deliberately chose not to include Limpiyadhura, Lipulekh and Kalapani in the country's map during the Panchayat rule.

‘Govt has asked India to amend its political map’

KATHMANDU, Feb 17: The government of Nepal informed the Supreme Court recently that it has already asked the Indian government... Read More...