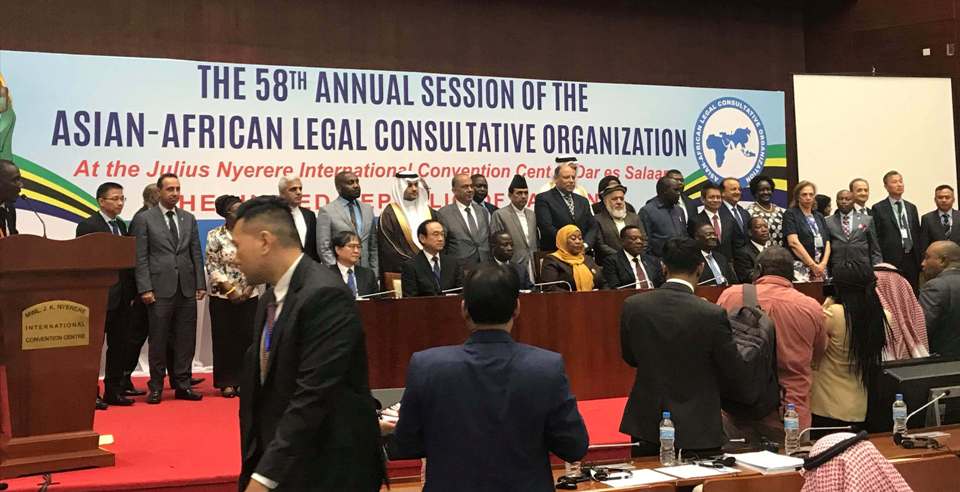 Addressing a seminar titled "Multilateralism and the International Legal Order based on International law" organized by Asian-African Legal Consultative Organization (AALCO) in Tanzania on Tuesday, Minister Dhakal said "The progress of science, technology, and connectivity has opened up new opportunities.  But, at the same time, new challenges have emerged such as environmental degradations, climate change, unpredictable world economy, and human rights violations and others."

Stating that no country can resolve these challenges alone, the minister called for establishing a multilateral system while respecting international law.  "It is necessary to regenerate multilateralism through mechanism building on a global and regional basis," he said.

The minister noted that the cooperative approach is the most efficient way to serve the collective interests of the countries as decisions taken in a multilateral framework has proved to be more democratic, inclusive, strong and sustainable.

"It is necessary to interlink international cooperation with multilateral and regional mechanisms to include within the international legal framework. This will directly contribute to the protection of democracy, and human right and promotion of world peace," Dhakal said.

In his address, the minister said that it is the collective responsibility of the countries to work towards a more peaceful, secure and prosperous world for present and future generations.

Dhakal said that Nepal believes oceans and marine resources are the common heritage of humankind and benefits from the oceans should be shared among the Member States in a fair and equitable manner.

"The freedom of transit of landlocked countries to and from the high seas should be further ensured having regard to the principles of the law of the sea," he said.

Dhakal also highlighted the challenges brought by climate change. "Himalayan glaciers are melting rapidly due to climate change causing the rise of sea level, and leading to the adverse effect on the livelihood and habitant of coastal areas and mountains," he said.

Minister Dhakal said that Nepal is at a high risk of climate change. Several countries of the Himalayan regions and coastal areas are suffering heavily from the severe consequences of the acts that we have not committed, he opined.

Moreover, the minister opined that the developing and especially landlocked countries like Nepal should be provided with a share in marine resources, technology transfer, and capacity building.

"Nepal reaffirms that capacity-building lies at the center of States' abilities, particularly for developing countries, to benefit completely from the oceans and their resources. Therefore, Nepal supports the importance of AALCO's role in undergoing negotiations to develop a legally binding instrument regarding BBNJ," he said.

AALCO has 48 member countries including Nepal. Delegates from various countries stressed the need to increase the role of AALCO and emphasized to set up a multilateral mechanism to support mutual legal assistance in resolving legal hurdles.