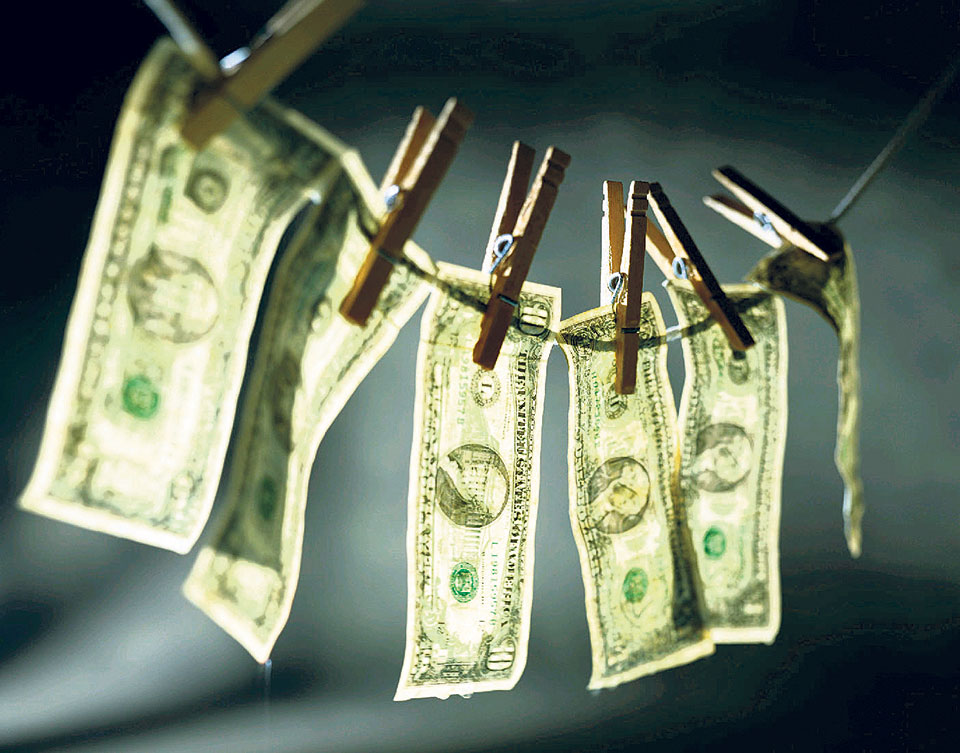 By now, everyone must be familiar with, and some even sick of, K.P Oli’s flair for the ridiculous. Remember the gas pipelines to individual homes, Nepali vessels in the high seas and other assorted proclamations during the economic blockade? Yeah, who can forget those! While those statements were passed off by the Oli fan club as the aspirations of a visionary leader, his statements on the legitimization of ‘underground’ money (got to admire that euphemism) is not laughable in the least. For him to entertain that thought shows, at best, an uninformed prime minister elect and, at worst, a leader willing to risk economic and financial integrity to accommodate a coalition partner.

Well, it’s not exactly rocket science to deduce the parties that stand to benefit from this ludicrous proposition. As the rumors suggest Oli might well be batting for his comrade in arms whose ill-gotten wealth is perhaps one of the worst kept secrets in Nepal. I suspect this deliberate ploy to ‘test the waters’ with these statements was prompted by a leading daily’s sustained reporting on this money laundering and ‘FDI’ issue. Irrespective of who the beneficiary is, the facts remain the same. Money laundering is, in essence, the act of disguising the origins of money that has been obtained, almost always, illegally.

The case for allowing people to launder money without any verifiable source and then going on to equate it with Foreign Direct Investment (FDI) is arguably the most absurd thing that our prime minister elect has come up with. Apparently, facilities for laundering should be provided! In the interests of the public at large was, presumably, his next sentence. Is this our next prime minister or an accountant gone rogue? Why bother having sources of property in the first place? Or banking and finance channels?

We should do away with the financial system in its entirety and do as we all please. I could just rob someone, make off with his money, pay this proposed tax on it, and live happily ever after. Who is to say that it is not mine if the origins do not need to be verified? If we were to follow this line of thought, we should charge Chudamani Sharma a portion of his ‘underground’ money and set him free. Gopal Khadka should only have to pay a small tax on his ill-gotten wealth and be free to roam the seven seas. It’s really hard to fathom what was going through his mind when voicing these asinine suggestions.

And no, the country does not need the proceeds from laundered money for investment. Granted, we are desperate for FDI but surely not that desperate to be scraping the bottom of the barrel. Having said that, a few more years of his leadership and we just might be, if this type of intent is anything to go by. That the UML leaders jumped to his defense shouldn’t have come as a surprise. They know only too well which side of their bread is buttered.

Pradeep Gyawali, secretary of CPN-UML, was of the opinion that such money should come to the surface in order for them to get to the ‘root’ of it. Well, someone should tell big brains that this money doesn’t just float to the surface like an old egg. It has to be uncovered, often painstakingly, and simply aiming to legitimize these proceeds won’t cause people to turn over a new leaf and bring it all out in the open.

Anyway, it’s not up to us to decide what we want because this sort of thinking is not only anachronistic in this day and age of integrated global financial systems but also risks making us a pariah. We narrowly avoided getting blacklisted by the Financial Action Task Force (FATF) a couple of years ago anyway. Whatever Oli and his cohorts think, money laundering drives crime and other illegal activities and what their simplistic entreaties betray more than anything is a lack of understanding of illegally derived income, the global financial system, and the resulting security implications.

India recently undertook what they call a surgical strike against black money. Such is the scourge of it. And here we are talking about embracing and then ‘taxing’ this illegal money. Speaking of neighbors, now that the India bashing has taken a back seat, I wonder what Oli has to offer this country except his signature village humor and these sorts of statements. While not a lifetime member of the Oli fan club, I still have some hope that he can get things done by transforming his chest thumping nationalism into a more functional movement that actually delivers progress for the country. That will at least enable him to leave behind a legacy beyond quips, proverbs and, as this laundering issue demonstrates, frequently outrageous suggestions.