Laughing in the dark 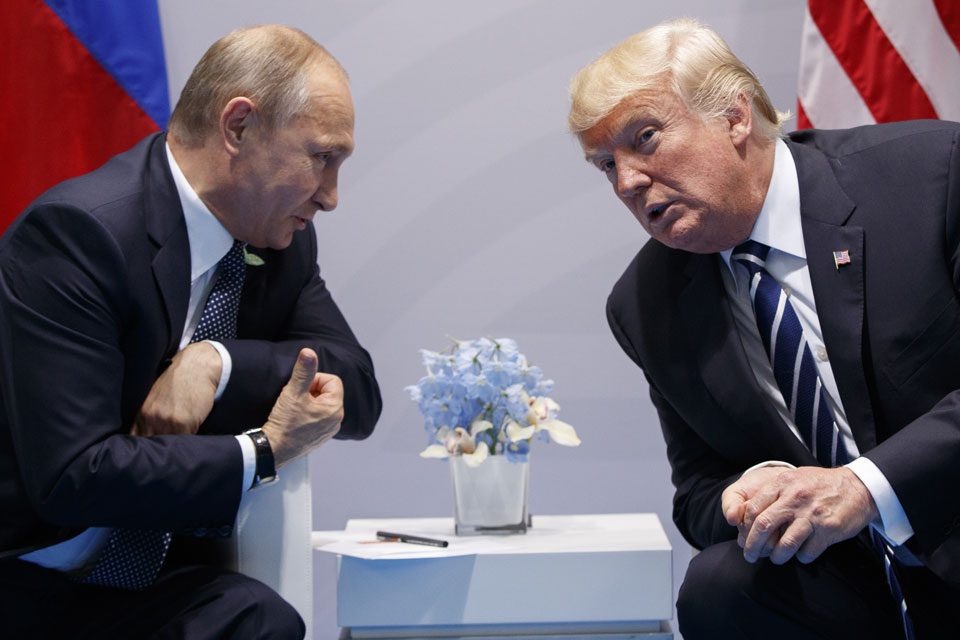 When freedoms are threatened art becomes a critical line of defense. The United States is learning that lesson today
As a former Soviet citizen, I can tell you: it’s never a good sign for a political system when artists start speaking out against it. And when their statements visibly strike a nerve, chances are that the system is sick.

In a democracy, art can simply be ignored. Of course, one can appreciate culture, but that is a matter of choice, not necessity. Indifference is a luxury afforded to those whose freedoms are well protected. When those freedoms are threatened, however, art becomes a critical line of defense. The United States is learning that lesson today.

In just over a month, President Donald Trump has changed the rules of US politics—and not for the better. If the facts contradict his administration’s line—or, worse, suggest that he isn’t popular—he denounces the journalists who report them as purveyors of “fake news” and an “enemy” of the American people.

The judiciary and the intelligence community have not escaped Trump’s feverish attacks.

Any opposition to his orders, such as court rulings against his partial ban on Muslims entering the country, or exposés of potential wrongdoing, such as his former national security adviser’s secret conversations with the Russian ambassador, is met with quick condemnation.

With America’s pillars of democracy under assault, artists are stepping in. Even before Trump was inaugurated, the writers’ union PEN America held a #LouderTogether protest, on the steps of the New York Public Library, to “send a message” to an administration “that has laid bare its hostility toward the press and other free expression norms.”

When then-Vice President-elect Mike Pence attended the Broadway show Hamilton, the actors appealed to him to uphold American values and work on behalf of all Americans (drawing a Twitter rebuke from Trump). Just down the street, the show Party People, which examines the legacy of the Black Panthers and the Young Lords Party, delivered a more confrontational message, as part of a modified script that addressed Trump’s victory.

When Trump signed his order to ban anyone from seven Muslim-majority countries from entering the US, the Museum of Modern Art hung works by artists from those countries.

In the plaques beside the paintings, MoMA referred to Trump’s order explicitly, and asserted that it had hung the paintings to “affirm the ideals of welcome and freedom” that are vital to the US.

MoMA has also scheduled four screenings of films by directors subject to the travel ban.

In April, almost 100 independent US and Canadian movie theaters will offer free screenings of George Orwell’s 1984 as a response to the Trump administration’s embrace of “alternative facts.”

Hollywood actors have taken advantage of this year’s award season to make their own political statements. Meryl Streep drew Trump’s ire with her speech at the Golden Globe Awards, in which she condemned Trump for mocking a disabled reporter and highlighted the importance of defending press freedom. David Harbour, accepting a Screen Actors Guild award, declared that great acting “is a call to arms from our fellow craftsmen and women to go deeper, and through our art to battle against fear, self-centeredness, and exclusivity of our predominantly narcissistic culture.”

In the fashion world, some major designers have pledged never to dress First Lady Melania Trump. At the recent New York Fashion Week, designers from Mara Hoffman to Prabal Gurung used the runway to make political statements, and some of fashion’s biggest names participated in a W Magazine video, stating defiantly, “I am an immigrant.”

Trump’s supporters may prefer to dismiss such statements, telling actors and artists to “stick to their day jobs.” But the truth is that what such figures say has an impact—and not just on Trump, a longtime Hollywood hanger-on. There is a reason why Russia’s autocratic leaders have always tried to keep artists on a short leash.

When artists bow to power, the state gains a new level of authority and even legitimacy.

That’s why Joseph Stalin needed the celebrated anti-Kremlin poet Osip Mandelstam to write him an ode.

Mandelstam succumbed to the pressure, but he was not broken. He continued to insult the Kremlin, most famously, with his poem, “We live not feeling the ground under our feet.” While he ended up perishing in a gulag, his protest poems, and those by other brave poets, contributed to the regime’s demise. Alexander Solzhenitsyn’s 1970s anti-communist masterpiece The Gulag Archipelago ultimately did as much as the sclerotic economy to expose the communist charade.

Putin must have been delighted when Solzhenitsyn, a Nobel laureate who seemed to become increasingly nationalistic with age, expressed support for him. Recognizing the power of the arts, Putin established himself early on as a fan of Russian culture. He has also courted foreigners, including French movie icons Brigitte Bardot and Gérard Depardieu and even the Hollywood has-been Steven Seagal.

At the same time, Putin has been quick to eliminate those whose message he does not like. The 1990s satirical television show Puppets was canceled almost immediately after Putin entered the Kremlin, after likening the president to Little Zaches, the ugly, evil, and self-important dwarf from E.T.A. Hoffmann’s grotesque fairy tale.

A novice autocrat whose attempts to silence his critics have been clumsy, at best, Trump may attempt to emulate his Russian role model. But he has not amassed sufficient power to quash every cultural work and institution that criticizes him. If he had, he probably would have already canceled the comedy show Saturday Night Live, which he condemns regularly.
It is often the arts, serious or satirical, that expose the tragic absurdity of repressive leadership. And the worse Trump behaves, the more demand there will be for artists who oppose him. Saturday Night Live’s ratings are at a six-year high.

KMC's lighting program in the dark

KATHMANDU, Feb 22: When the Policies and Programs for fiscal year 2018/19 were launched by Kathmandu Metropolitan City (KMC) at the... Read More...

Prosecuting Assange for journalism a move towards ‘dark ages of ignorance’, say whistleblowers

WASHINGTON DC, July 27: Julian Assange and WikiLeaks perform a valuable public service and should be praised rather than vilified,... Read More...

Not many people in Nepal would confess to seeing a therapist in the first place but Arpana Singh from Satdobato,... Read More...

In Pictures: Students take to the streets demanding justice for Sadiksha Chaudhary
48 minutes ago