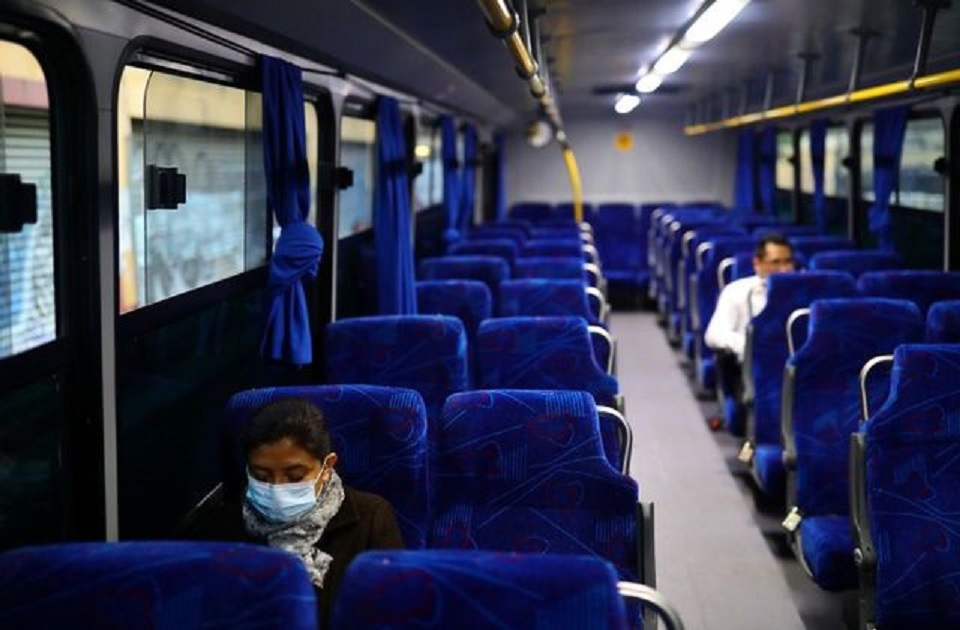 FILE PHOTO: Carolina, a health worker, travels to a hospital on an exclusive and free bus as she faces a growing tide of hostility amid the spreading of coronavirus disease (COVID-19) continues in Mexico City, Mexico April 16, 2020. REUTERS/Edgard Garrido

SANTIAGO, Aug 15: Coronavirus cases in Latin America, the region of the world worst-affected by the pandemic, exceeded 6 million on Friday and continued to accelerate, according to a Reuters tally, as most of its nations begin to relax lockdown measures.

That accounts for just under one-third of the world’s total case load and a similar share of reported deaths from the pandemic.

The International Monetary Fund predicted in June that the regional economy would contract 9.4% this year.

The region’s worst-affected country is Brazil, which has the most cases in the world after the United States, and 15% of world’s total.

Peru and Chile also have the highest case loads and number of deaths in the world per 100,000 inhabitants, of countries with more than 100,000 cases.

The region’s climb from 5 million to 6 million cases took 11 days, one day less than it took to reach the previous million.

KATHMANDU, Aug 26: The Ministry of Health and Population (MoHP) has said that 885 persons tested positive for coronavirus across... Read More...