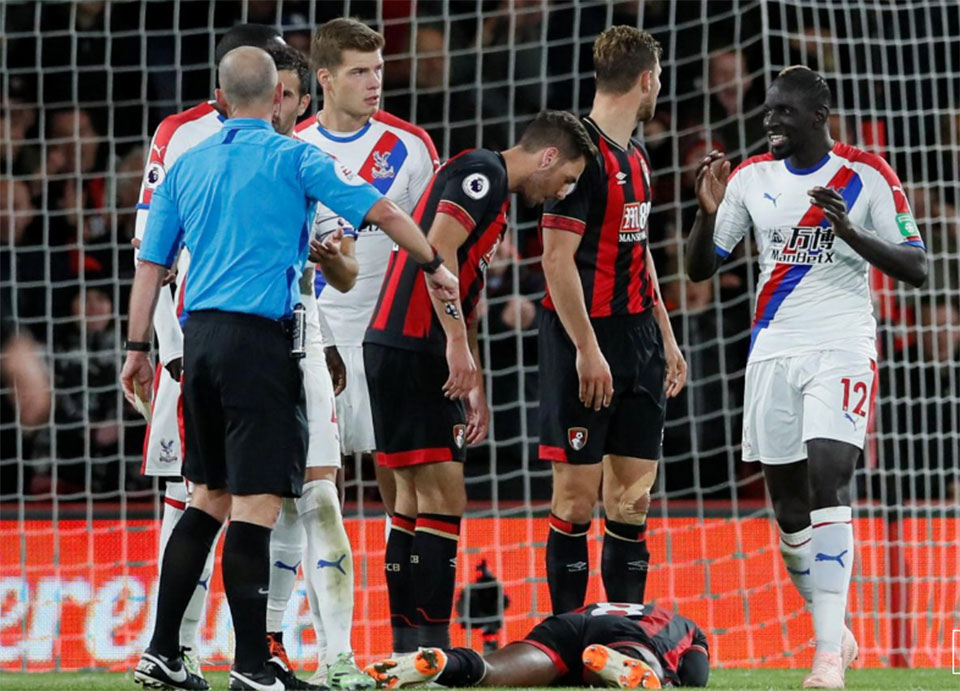 Oct 2: An 87th minute penalty from substitute Junior Stanislas gave Bournemouth a 2-1 victory over Crystal Palace at the Vitality Stadium on Monday.

David Brooks, a close season signing from Sheffield United, put the Cherries ahead in the fifth minute with an excellent left-foot finish after smart work from Callum Wilson.

Bournemouth dominated the first half, moving the ball well at speed while Palace struggled to get a foothold but Roy Hodgson’s side were a different proposition after the break.

Palace got back on level terms in the 55th minute with a thundering drive from Patrick van Aanholt, the Dutch wing-back blasting home after being fed by Wilfried Zaha.

But the Londoners needed two big saves from keeper Wayne Hennessey to hold off Bournemouth — the Welsh international keeper keeping out a shot from Wilson and then diving to push away a header from Dan Gosling.

But three minutes from the end, referee Mike Dean spotted Palace defender Mamadou Sakho throw out at an arm and elbow into the face of Jefferson Lerma and awarded a penalty which Stanislas slotted home for the three points.

“It was a difficult second half. Palace played well and we took a while to get into our stride. When we did, we had some great chances and it was a great win,” said Howe, who added his team had their “feet on the ground” despite their lofty league position.

Former England manager Hodgson felt his side were unlucky not to get a draw.

“We played well so it’s disappointing to end up on the losing side for that penalty we gave away. It was errors on our part and we paid a price for it.

“I thought we had done enough in the second half to get back into the game and get at least a point out of it,” said the Palace manager whose team have seven points from seven games and are 13th in the table.

Manchester United bounce back with 2-0 win at Bournemouth

April 19: Manchester United tightened their grip on second place in the Premier League after goals in each half by... Read More...