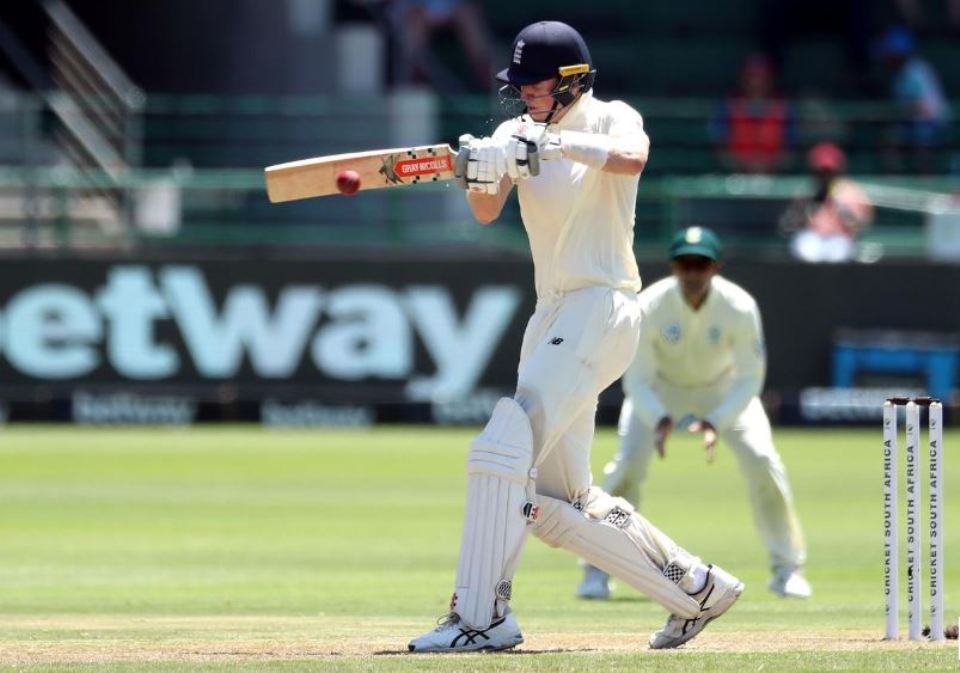 PORT ELIZABETH, Jan 17: Ben Stokes survived several scares but featured in a 76-run late afternoon partnership with Ollie Pope as England reached 224 for four wickets at close on the opening day of the third test against South Africa on Thursday.

England’s talisman, named International Cricket Council Cricketer of the Year on the eve of the test, will resume on 38 runs at St George’s Park on Friday along with the 22-year-old Pope, unbeaten on 39.

Their partnership unshackled England and handed them a good platform to potentially go on and make a significant first-innings total.

South Africa laboured on a lifeless pitch which offered little for their seamers but did allow Keshav Maharaj to probe continuously with his spin. He bowled 30 successive overs, across three sessions, to finish with figures of 1-55.

England’s plan for the openers to occupy the crease, tiring out the bowlers and softening the ball, was diligently on course as they reached 61-0 at lunch.

But 15 minutes into the afternoon session, Dom Sibley (36) was the first wicket to fall as Kagiso Rabada had him caught at backward square leg.

Zak Crawley went next just six runs short of a maiden test half victory in similar fashion, to a sharp diving catch by Rassie van der Dussen off Anrich Nortje’s bowling, as the runs began to dry up and the pressure mounted.

The score progressed slowly to 117-2 at tea after which Joe Denly, who made 25 off 100 balls, was dismissed leg before wicket to Maharaj following a review, which showed the ball clipped his pad before hitting his bat as he played back to the spinner.

Captain Joe Root, who won the toss at the start of the day and elected to bat, was then castled by a delivery from Rabada that stayed low and hit the top of his off stump. He was out for 27, given a screaming send off by the feisty Rabada, whose 17 overs on Thursday delivered figures of 2-48.

Stokes lived a charmed existence in the early part of his innings with South Africa twice unsuccessful with reviews off Maharaj’s bowling.

There was also a difficult potential catch missed by Pieter Malan at silly mid-off and a better chance to Faf du Plessis at slip off debutant Dane Paterson, that fell agonisingly short.

But Stokes rode his luck to leave England in a strong position and better satisfied than their hosts after the first day.

“It was very attritional cricket but in the end a good day that puts us in a good position,” Crawley said.

The four match series is level at 1-1.

Cabinet to hold meeting in the evening, expected to make COVID-19 related decisions
6 hours ago

Small but quick: Bhutan vaccinates 93% of adults in 16 days
4 hours ago