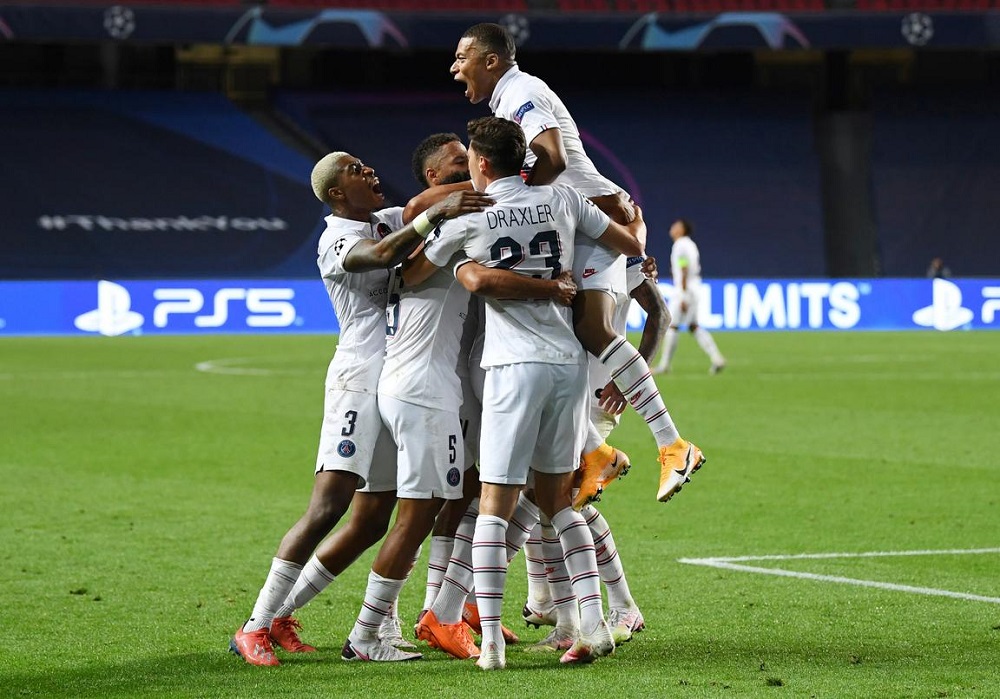 Atalanta, in their first Champions League campaign, went ahead with a curling effort from Mario Pasalic in the 27th minute and held out until the 90th when Brazilian defender Marquinhos equalised for the French champions.

With Atalanta wilting, Choupo-Moting turned the ball home in the third minute of added time to end Qatari-backed PSG’s embarrassing run of recent quarter-final and round of 16 exits and send them into the last four for the first time since 1995.

The Ligue 1 side will face either Atletico Madrid or RB Leipzig, who meet on Thursday, in their semi-final.

“When I came on, I thought to myself, ‘We can’t lose, we can’t go home like that.’ I was confident in myself, confident in the team and then the rest is the history of Paris,” said Cameroon international Choupo-Moting.

“It was a crazy game, a tough game and opponents.”

The first half was all about Neymar who had four good chances but squandered them all.

The Brazilian burst clear of the Atalanta defence in the third minute but sidefooted wide with only goalkeeper Marco Sportiello to beat.

He also got caught in two minds between shooting and passing to Mauro Icardi, shot wide after another mazy run which included a nutmeg and made a complete hash of another chance gifted to him by Hans Hateboer’s wayward back-pass.

Despite boasting only a fraction of PSG’s spending power, Atalanta were more than equal on the pitch and went ahead when an exchange of passes ended with the ball falling to Pasalic who met it first time to curl his shot past Keylor Navas.

Berat Djimsiti should have increased Atalanta’s lead after the break but sliced the ball wide and the game turned when PSG introduced their France striker Kylian Mbappe, who had not started because of an ankle injury.

Mbappe and Neymar were both denied by Sportiello but, as PSG ramped up the pressure, Atalanta finally cracked.

Cameroon forward Choupo-Moting’s cross found Neymar and he touched the ball to Marquinhos for his fellow Brazilian to fire home from close range. Minutes later, Neymar sent Mbappe down the left and his low cross was turned in by Choupo-Moting.

Atalanta had a chance to equalise but Luis Muriel, after breaking clear, ran the ball out of play and his team mates slumped to the ground in despair as the final whistle went.

Atalanta, a rare case of a team from outside the elite group of European clubs making the last eight of the competition, are based in Bergamo which was at the epicentre of the new coronavirus pandemic in Italy earlier this year.

The constitution has been vindicated
23 hours ago

VOX POP: People say constitution turns out to be mere sheet of paper due to lack of implementation
36 minutes ago