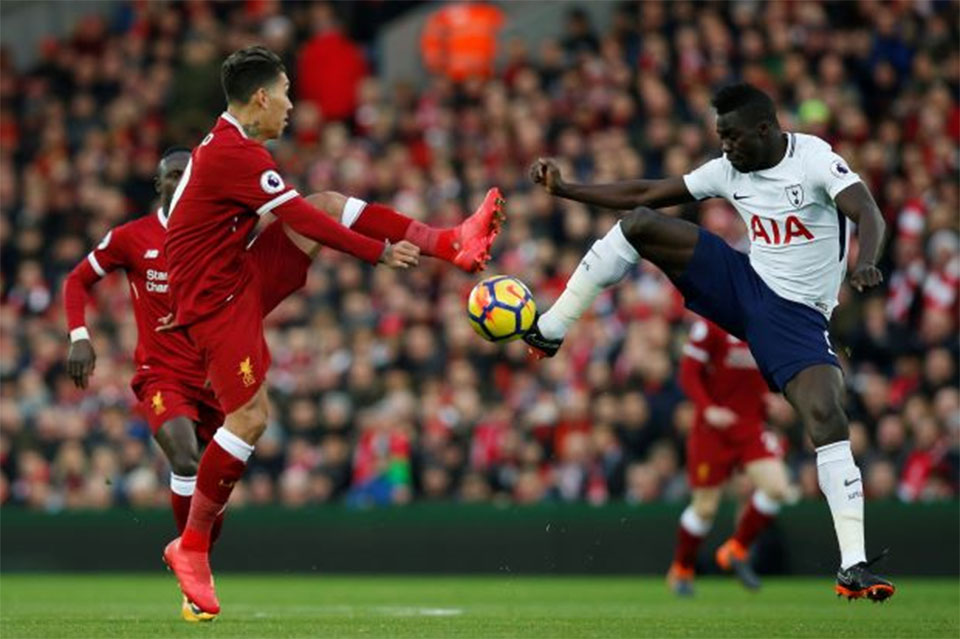 Feb 5: Harry Kane scored his 100th Premier League goal from the penalty spot in stoppage time to snatch a point for Tottenham Hotspur in a thrilling 2-2 draw with Liverpool at Anfield on Sunday.

Mohamed Salah capitalised on a mistake from Eric Dier to put Liverpool in front in the third minute, taking his tally to 20 league goals for the season.

Substitute Victor Wanyama thundered home an equaliser 10 minutes from time before Kane missed from the penalty spot in the 87th minute.

In the most dramatic of finales, Salah thought he had won it in the 91st minute, only for Spurs to win another penalty which Kane converted to leave his team fifth in the table, two points behind third-placed Liverpool.

“It is difficult to get every decision right,” Spurs manager Mauricio Pochettino said. “When they are right and show character I needed to congratulate them.”

Defender Virgil van Dijk, returning to the Liverpool starting lineup, did a fine job of keeping an unchanged Spurs quiet for the majority of the first half.

Liverpool’s task was made easier by their early opener. Dier, in attempting to make an interception, diverted the ball into the path of Salah, putting the Egypt international clean through to break the deadlock.

Tottenham’s only shot on target in the first 45 minutes came via the boot of Mousa Dembele, but his half-volley was easily saved by Loris Karius.

Spurs improved after the break and almost equalised through Son Heung-min in the 58th minute, but Karius stood tall to make the block.

The visitors equalised out of the blue when Wanyama thundered the ball into the net from distance before the drama unfolded.

Kane’s tame penalty was easily saved by Karius after the England striker had been felled in the box before Salah danced his way past two Spurs defenders and fired into the net to score what looked likely to be the winner.