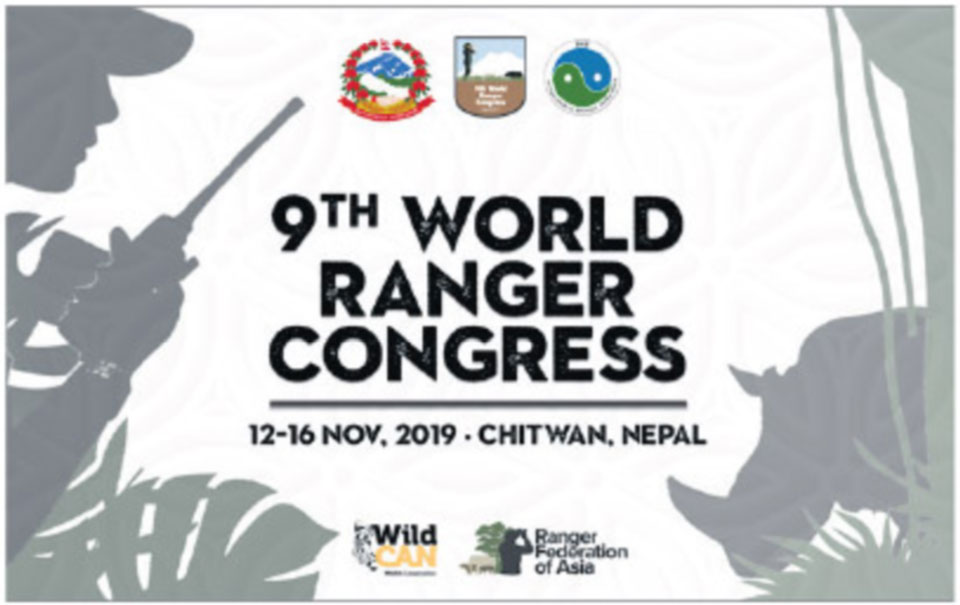 KATHMANDU, Nov 12: The ninth World Ranger Congress, hosted by the Government of Nepal (GoN) and the International Ranger Federation is scheduled to kick off in the tourist town of Sauraha, Chitwan, on Tuesday.

The five-day event being held for the first time in Nepal brings over 550 participants from 70 countries. Former Prime Minister Pushpa Kamal Dahal and Minister for Forests and Environment, Shakti Bahadur Basnet, will be opening this triennial Congress, which is the largest and the first to be held in Asia.

“This Congress brings together hundreds of rangers from across the globe and helps capacitate them through a cross-pollination of ideas, knowledge and best conservation practices around the world,” a press statement issued by the organizer quoted former Prime Minister Dahal as saying.

The event will consist of plenary and side events based upon the themes of the Congress which are ranger welfare, rangers and local communities indigenous rangers, ranger capacity, gender imbalance in ranger workforce, and role of ranger associations and technology.

“This is a great opportunity to create partnerships and discuss issues that affect rangers' work. The Government of Nepal is honored to host these brave men and women who work daily to protect our natural heritage," said Minister Basnet.

The goals of the ninth Congress are to highlight key issues facing rangers, emphasize the need for professionalization of rangers and provide a forum for rangers to learn new solutions and tools for dealing with the common problems faced in protected areas.

The International Ranger Federation (IRF), a non-profit organization established to raise awareness and support the critical work of rangers, initiated the first World Ranger Congress in 1995, previous Congresses have taken place in Europe, Africa and America.

“We are grateful to the Government of Nepal for hosting Asia's first World Ranger Congress. Nepal was a natural choice for the Congress given its excellence in anti-poaching and conservation efforts. We are pleased that so many rangers will attend this critical meeting and be inspired by this beautiful country,” said IRF President Sean Willmore.

The majority of participants attending the congress are rangers or organizations supporting rangers. The Congress will open with a parade of nations followed by an opening ceremony. It will close on November 16 with the announcement of the Chitwan Declaration which will set out the aims and vision of the global ranger agenda for the next three years.

Local organizations supporting the Congress are the Ranger Federation of Asia and the Wildlife Conservation Association Nepal.

VNY2020 to kick-start from Sauraha in Province 5

BHARATPUR, Dec 20: Visit Nepal Year 2020 is set to kick-start from Sauraha in Province. Chief Minister of the province... Read More...

In Chitwan, youth entrepreneurs are producing paper from elephant dung

CHITWAN, April 16: The number of tourists visiting Sauraha to celebrate the New Year has doubled this time compared to... Read More...