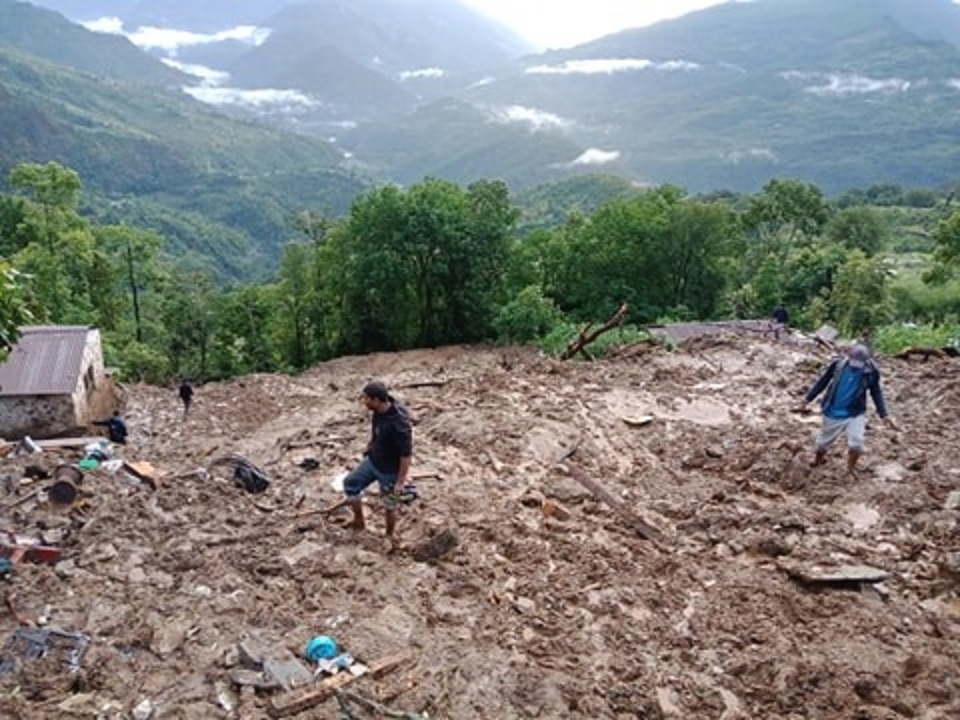 PARBAT, June 14: Five people were killed and four are still missing in a landslide at Durlung, Kusma Municipality-3, Parbat.

Three bodies were found buried in the landslide debris after the incident on Saturday evening. They are 55 years old Tul Bahadur Thapa, his wife Man Kumari Thapa and his grand-daughter Bibisha Thapa.

Early morning on Sunday, two more dead bodies have also been collected. They have been identified as Dhipa Thapa and Kamala BK.

According to the District Police Office, a search and rescue operation is being carried out to find the whereabouts of the missing people.

Nepal Police, Nepal Army, and Armed Police Force personnel and locals are searching for the missing.

The landslide has buried the houses of Tul Bahadur Thapa and Kamala BK. 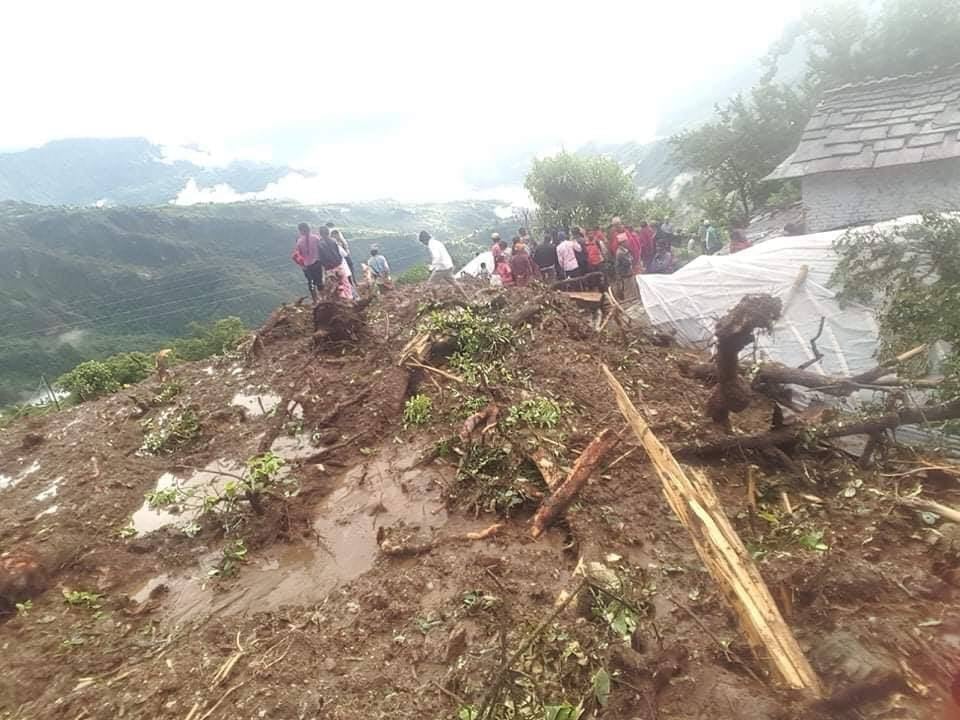 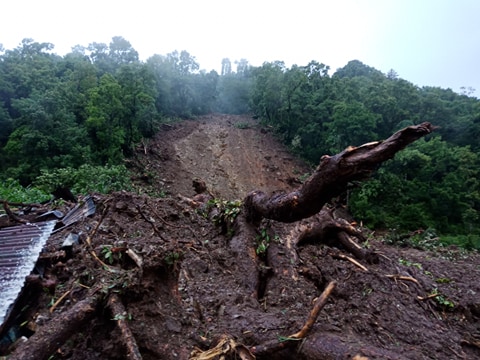 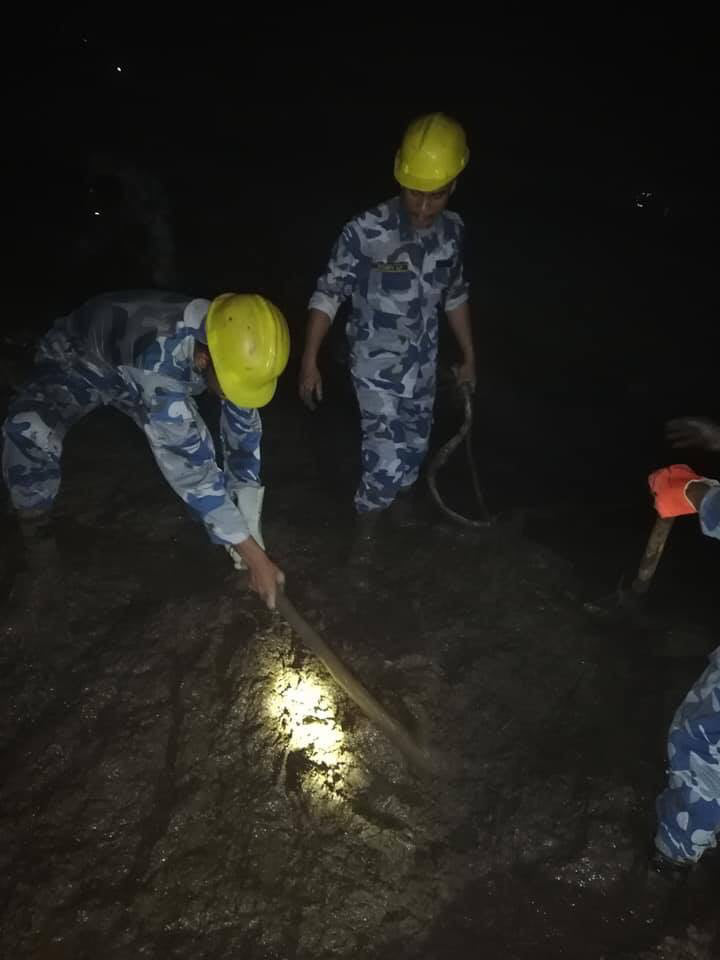 TAPLEJUNG, Sept 3: A person has died and four others were buried in a landslide triggered by torrential rainfall since... Read More...

TAPLEGUNJ, July 18: Police in active participation of the locals have rescued seven families, who were trapped in landslide at... Read More...